Home Music Finding the Beat with the Go-Go’s 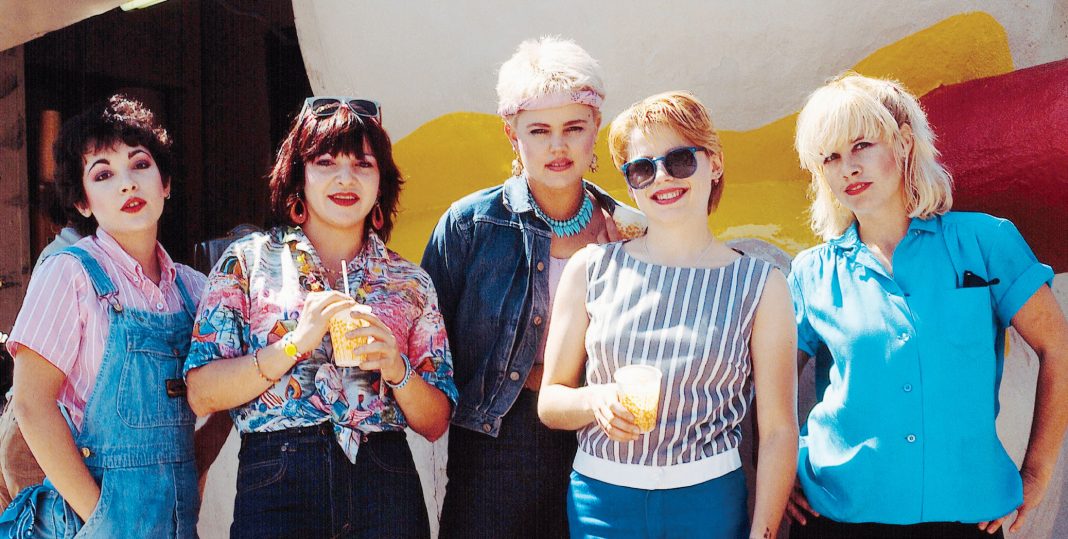 No all-girl band had ever captured California’s pop and punk sensibility as successfully as the Go-Go’s, whose 1981 debut album, Beauty and the Beat, spawned the hits “We Got the Beat” and “Our Lips Are Sealed.” Belinda Carlisle fronted the new wave group. Like her four bandmates, Carlisle—who was born in Hollywood—came up through L.A.’s punk scene. The Go-Go’s would split in 1985 and reunite on several occasions; Carlisle enjoyed a successful solo career. At 55, she reflects on an “amazing time.”

I lived the poor 1980s and then the wealthy 1980s. We lived in a place on Las Palmas that I called “Disgraceland.” Every band who came to town starting out stayed there. We’d have the bartender at the Starwood fill our coffee mugs with cream—that was our dinner! After clubs closed, everybody went to Oki Dog at two o’clock in the morning and had a pastrami burrito. You’d see Martin Landau in line with these kids, getting his munchies on.

We felt like we owned the town. Especially the corner of San Vicente and the Sunset Strip, where the Whisky was, and across the way was Licorice Pizza. Everyone would meet in the parking lot. Across the street was Joan Jett’s apartment. There was a little gas station there. I traded my Vespa along with $100 for a 1960 white Cadillac at that gas station. It had a Jolly Roger flag on the antenna, and I went flying down Sunset Boulevard before a show.

We had no stylists. We would go to the Goodwill by the Watts Towers and take the bus to Pasadena to the thrift stores. You could find amazing 1940s and ’50s designer clothing, like Schiaparelli cardigans and Miriam Haskell vintage jewelry. I had strapless prom dresses, tiaras, silk stockings, and red stilettos. The vintage stores were much better because today they’ve pretty much cleared out.

Rodney Bingenheimer was a champion of the band from the very beginning. He played “We Got the Beat” on import, and he had a Sunday-night slot on KROQ. But then I remember hearing “Our Lips Are Sealed” for the first time on mainstream radio and turning it up as I was driving into Hollywood. I still turn it up today when I hear us. I grew up in Southern California with that whole beach culture that permeated everything. Music was everything when I was growing up.

The ’80s was the last decade that had a definitive sound—a certain type of LinnDrum, of keyboard sound, a certain style of production. The ’80s had a certain look, its own architecture and colors. Since then, there hasn’t been anything that has truly defined a decade. It was thrilling.

This article appeared in the July 2014 issue of Los Angeles magazine.