Home Dining Game of Cones: The New L.A. Scoops That Have Won Us Over 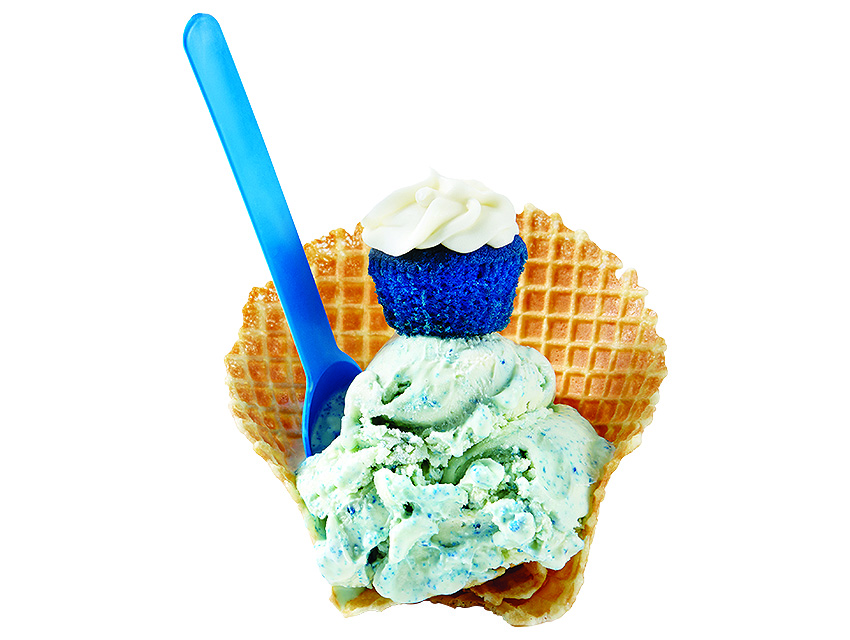 That’s Italian
The authentic dessert made by Bulgarini Gelatoused to require a trek to the shop in Altadena. Fortunately a second location in Culver City makes its treats (including, for summer, two to four varieties of peach) dangerously accessible to the Westside. Equally rigorous about technique is Grom; its tiramisu and torroncino (nougat) flavors have turned Malibu Creek Plaza into a PCH piazza. Shaving Grace
At Blockheads Shavery coconut-size hunks of 2 percent ice milk are transformed into Grand Tetons of “snow cream.” Popular in Taiwan (and Taiwanese restaurants in the San Gabriel Valley), the confections—which traditionally use garnishes such as almond jelly or sweet red beans—can be given an American update with extras like toffee chips. Recalling the goodies from a Snoopy Sno-Cone machine, the ones at New Orleans Sno-Balls come in a rainbow of flavors, including root beer. Brian’s Shave Ice serves its versions on macadamia nut ice cream, mochi balls, or azuki beans and tops them with banana, boysenberry, or blue vanilla syrup. Never Too Rich
What Sprinkles did for cupcakes, it’s now doing for ice cream, taking comfy classics (rocky road and mint chip) and elevating their frosty familiarity to deluxe status. Standouts among the 20 flavors include malted milk chocolate and Cap’n Crunch, which tastes like the kids’ cereal, only caramelized. A longtime farmers’ market favorite, Carmela ice cream opened a flagship store in Pasadena in 2010 and recently added an outpost near the Grove. The new shop may be small, but its blueberry-thyme ice cream and watermelon-mint sorbet are molto grande.