Home Drinking Beer Beer Growlers: The Summer Solution for Whatever Ales You 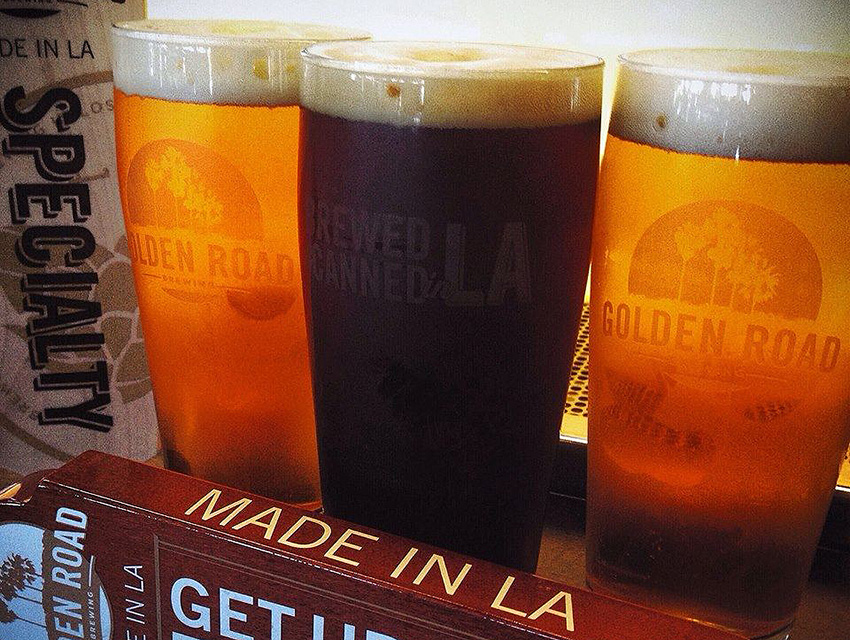 In the late 1800s, when glass bottles were pricey and 7-Elevens scarce, local barkeeps sold customers fresh beer in a two-quart metal pail. During the walk home, the suds were said to “growl” as the bubbles sloshed against the bucket. Today, as part of the city’s craft brewing revival, refillable growlers (which typically hold 64 ounces—or four pints) are available at a number of L.A. breweries. By law, growlers are only refillable at the place of purchase—which gives you a great excuse to sample a few hot weather pours. At Golden Road Brewing in Atwater Village, the Citrus Bend ale offers a twist on wheat beer with lemon and orange zest. Down the road at Eagle Rock Brewery, the Manifesto white ale is fermented with rose petals and coriander. Agoura Hills’ Ladyface Ale Companie models its tart La Grisette witbier on an old Belgian recipe. For a heartier brew, downtown’s Angel City Brewery sells a spiced ale called French Sip, a peppercorn-infused tribute to the French dip sandwich that, as you might expect, pairs well with grilled meats. For a hoppier bite, the Escondido-based Stone Company Store (inside the Del Mar Gold Line station) stocks a Cali-Belgique IPA as amber as that sunset you’re about to toast.