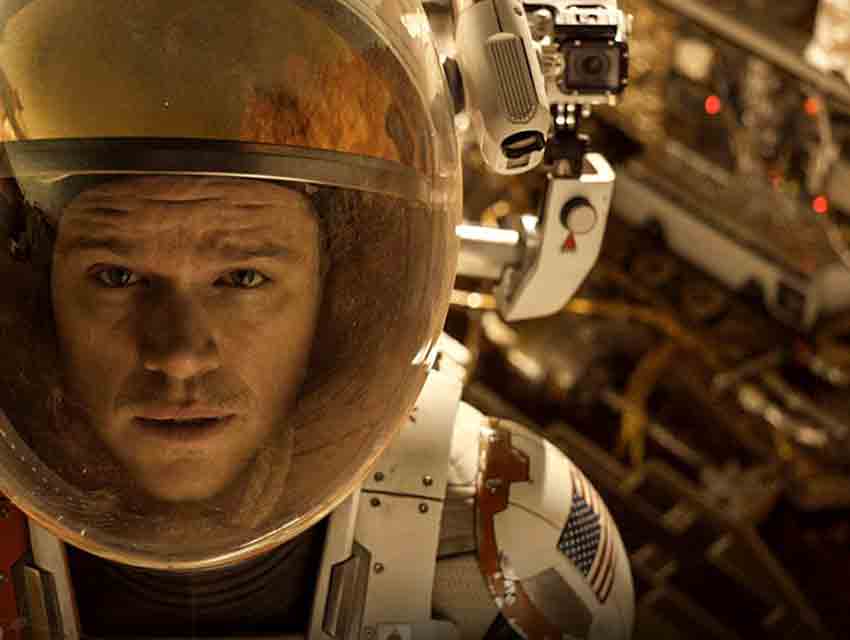 Celebrating its 40th anniversary and having explicitly called itself at one point or another over the previous 39 years “the festival of festivals” and a “festival for the people,” Toronto certainly is the most populist of the film festivals, not as glam and more egalitarian than Cannes and New York, not as outlaw and more mainstream than SXSW and Sundance. This year’s international convergence, which hits its full stride this week, is a typical smorgasbord of the small and big, arty and commercial, award-destined and box-office-bound, from the overly esteemed Oscar contender The Danish Girl (more on that later in the pages of the magazine, when it opens at the end of November) to Charlie Kaufman’s strange stop-action Anomalisa, from the Chinese epic The Assassin coming off its best-director win at Cannes to Ridley Scott’s science-fiction blockbuster The Martian, which opens in L.A. in a couple of weeks.

When an American astronaut played by Matt Damon is left for dead on Mars, the rest of the crew barely escaping with their lives, he has to find a way to survive—for not days or weeks but months and maybe years—on a world with no air, no water, and no food. To worry about revealing “spoilers” when talking about The Martian is a bit inane since there’s not a single surprise, not one plot development you don’t know is coming from the first 15 minutes: What’s the point of casting Jessica Chastain as the mission’s commander if the crew isn’t going to go back for their fallen comrade (against the expressed orders, of course, of NASA directors and scientists Jeff Daniels, Chiwetel Ejiofor, Kristen Wiig, and Sean Bean back on earth)?

Be all that as it may, and without getting too caught up in its overt triumph-of-the-human-spirit theme, The Martian is a winner anyway. Besides bringing director Scott’s trademark visual sumptuousness to the glowing terrain of the red planet, The Martian is shrewd enough to turn implausible conveniences into moments of wit, and is entirely persuasive the rest of the time even when the “science” behind Damon’s ingenuity, as derived from Andy Weir’s reliably researched 2011 novel, could be as bogus as a witch doctor’s for all that someone like me would ever know. This is also as good a time as any to make note of what an underrated actor Damon can be. In both its physicality and occasional outbursts of despair, grief, manly laconicism, and emotional release, with large amounts of screen time that he must hold by himself, Damon gives a first-rate performance that lifts the movie to another level.

Next Time You’re in Jordan, Stand Where Matt Damon Stood While Filming The Martian