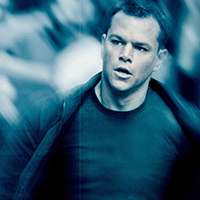 Three chapters in the 21st-century reinvention of the spy tale: Life’s too short to spend any of it trying to decide whether Doug Liman’s first film, The Bourne Identity, or Paul Greengrass’s second, The Bourne Supremacy, is superior, especially when the third, Greengrass’s The Bourne Ultimatum, does a nifty job in its own right of wrapping up the story and casting what came earlier in a new light. This saga of a renegade amnesiac agent taught that other secret agent, the Brit with the three digits, how it’s done, and we should remember what a counter-intuitive masterstroke was the casting of Matt Damon, then known for boyish roles as working-class math geniuses and unreliable fuck-ups. Twenty minutes into Bourne, Damon finds himself reflexively dispatching two Zurich cops in as many blinks of an eye, and that he’s even more surprised than we is only the trilogy’s first thrill.

Notwithstanding pretenses to realism compared to invisible cars and villains with metal teeth, by any other standard plenty of things about the Bourne Trilogy are far-fetched, including not just stupefying car chases and Damon’s plummet down a stairwell on a dead body, picking off adversaries as he passes each floor, but the amnesia itself. The verisimilitude, then, derives from a sense that things are at stake and that innocent people whom we get to know just long enough to care about will pay the price for Kafkaesque machinations. Most of all Damon convincingly evokes a man haunted, first by the identity he loses, then by the identity he assumes, finally by the identity he recovers. There’s a fourth Bourne (…Legacy) with Jeremy Renner, serviceable enough but not in the same league without a charisma more compelling than Damon ever conveyed before or since.