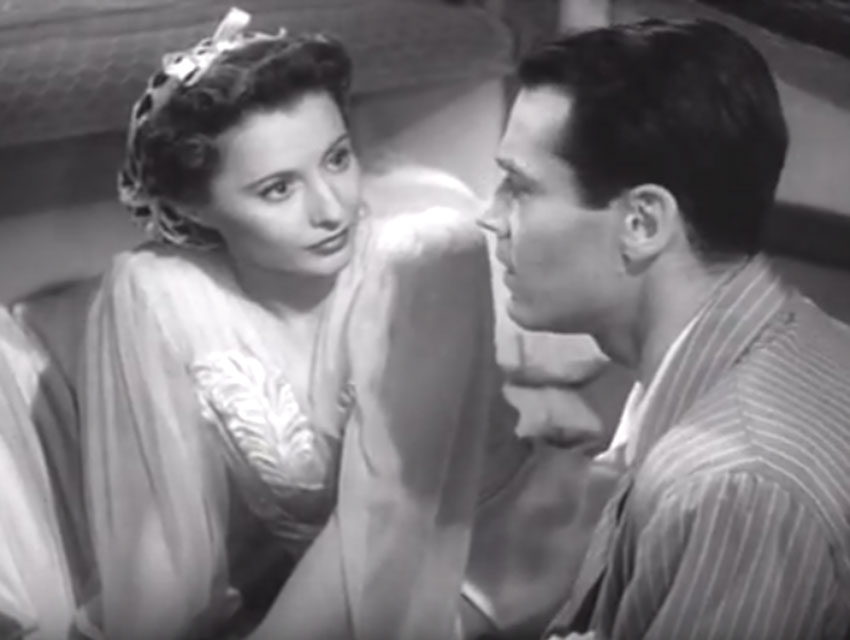 Over the last quarter century an argument has gathered force among some cinephiles that not Humphrey Bogart or James Stewart or John Wayne but Cary Grant is the greatest male movie star, so in the same way let us here and now advance the case that not Bette Davis or Katharine Hepburn or Marilyn Monroe but Barbara Stanwyck is the greatest of female stars. With Stella Dallas, Union Pacific, and Golden Boy behind her, nonetheless Stanwyck was only starting to hit her stride in 1941: a ball of fire, as the title of one of her hits had it, with her best decade still before her that included Meet John Doe, The Strange Love of Martha Ivers, No Man of Her Own, and that most unhinged of westerns, The Furies.

With the possible exception of Double Indemnity‘s murderous femme fatale Phyllis Dietrichson, The Lady Eve provided her greatest role (“Positively the same dame”), as a scam artist whose heart gets away from her in writer-director Preston Sturges’s masterpiece which, not unlike his Sullivan’s Travels, gives an impression of a tragedy—a love story of labyrinthine treachery and desire—when it isn’t hilarious. Ale heir Henry Fonda is the doofus in Stanwyck’s clutches, and who knew he had it in him, sending up the rectitude of his portrayals in Jezebel, Young Mister Lincoln, and The Grapes of Wrath?

Will Bob Hope’s House be the Next Old Hollywood Home to Be Demolished?