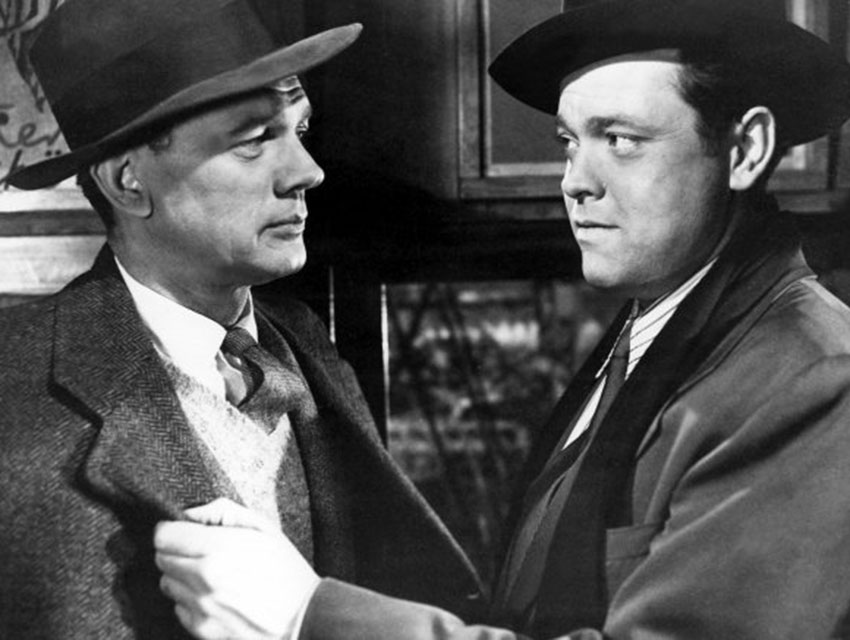 No movie so willfully idiosyncratic or sui generis has also been as perfect, exquisitely pitched between tragedy and irony, backed by Anton Karas’s zither score that’s alternately frantic and melancholy, and punctuated with classic moments such as Welles’s soliloquy on a ferris wheel about what barbarism gives and what civilization takes away.

No doubt it annoyed the hell out of director Carol Reed to hear the whispers that really Welles had directed the picture. To his credit, Welles set the record straight. But particularly in such a larger than life role as Harry Lime—so popular a blackheart that he was resurrected as a hero in subsequent radio series—Welles with his larger than life personality was bound to permeate everything and would have upended a lesser picture. Alida Valli’s final devastating two-minute walk past Cotton as the dead leaves fall around her is one of the two greatest endings in all of movies (we’ll note the other in Essential Library dispatches to come), laying sabotage to a few clichés about art and commerce: Serious novelist Graham Greene lobbied for a happy ending while it was philistine American distributor David O. Selznick who, for those two minutes anyway, understood the movie better than the man who wrote it.

The Most Iconic Recipes from Classic L.A. Restaurants Revealed