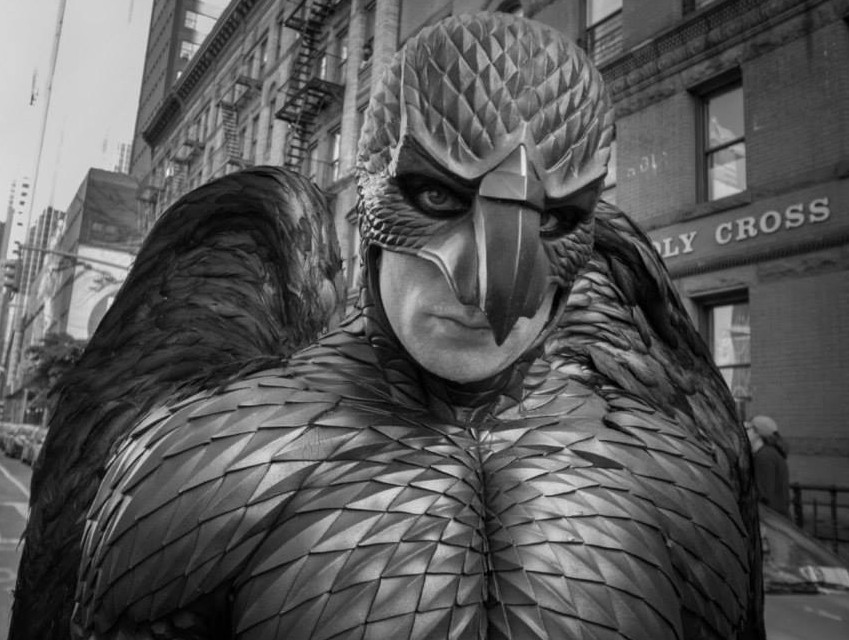 Best Picture: Birdman and Best Director: Richard Linklater
Accepting the inherent absurdity of awards, we deliberate tactically. Two eminently auteurist pictures overshadowed the year, each such a triumph of direction that it makes no sense for Birdman to be the year’s best film while its filmmaker, Alejandro González Iñárritu, isn’t the year’s best as well, nor for Linklater to be the year’s best director if his magnum opus, Boyhood, doesn’t share a similar distinction. But Birdman is also an achievement of other cinematic virtues like acting, writing, editing, and cinematography (see following), while Boyhood feels like a completely personal statement. What most distinguishes Boyhood is not, as the critical consensus would have it, the central conceit of the picture being filmed over the course of 12 years; in and of itself this would be more a gimmick than a masterstroke, and in fact it’s been done before by a director named…Richard Linklater, who told the story of a relationship over the course of nearly two decades in 1995’s Before Sunrise, 2004’s Before Sunset, and 2013’s Before Midnight, with the same actors playing the same characters to even more powerful and complex effect than in Boyhood. Rather, what distinguishes Linklater—and all his films—besides his preternatural confidence that a personal life insurance policy isn’t called for anytime soon, is a sheer fervor for film as nothing less than a way of life; in that sense Boyhood is the work of a lifetime. How can we not root for him?

Best Screenplay, Best Editing, Best Cinematography, Best Actor, and Best Supporting Actor: Birdman
…dominates our alt-Oscars in the sort of sweep we typically avoid. Its virtues are comprehensive enough that you’re not sure, for instance, where great cinematography ends and great editing begins, but 15 minutes in, you know this is a movie so smart and passionate about creativity and obsession, narcissism and doubt, mortality and legacy that you’ll be watching it many times in the years to come. Giving the performance of a lifetime, Michael Keaton is the pick over Chadwick Boseman in Get on Up, closer to James Brown than you would have thought anyone other than the ghost of Mr. Dynamite himself could get, and Tom Hardy, making it official in Locke and The Drop, in case anyone didn’t know it, that he’s the real deal. The foil of a lifetime against Keaton, Edward Norton is the choice over Josh Brolin’s rampaging cop in Inherent Vice and Whiplash’s J.K. Simmons as the teacher from hell who may actually believe Charlie Parker had to be bullied into greatness.

Best Actress: Julianne Moore
Giving the performance of a lifetime in Still Alice, Moore then gave, in the same year, another performance of another lifetime in Maps to the Stars, against which her closest competition is The Theory of Everything’s Felicity Jones, who bears the burden of expressing not only her own character’s heart but that of her mute and wracked costar.

Best Supporting Actress: Laura Dern
Exuding a defiance that barely knows itself, the performance of a lifetime as the doomed mother in Wild, a close call over Jessica Chastain’s ruthless mother and wife in A Most Violent Year, and a canny Stalinist aunt, Agata Kulesza, in Pawel Pawlikowski’s Ida.

Best Adapted Screenplay: Inherent Vice
The least daunting of Thomas Pynchon’s novels to adapt to film still makes for the most daunting of adaptations; that Paul Thomas Anderson’s is as relentlessly faithful to the anarchic spirit of the book is an act of artistic love, not to mention courage and invention. We resist calling it the adaptation of a lifetime.

Best Production Design: The Grand Budapest Hotel
All of Wes Anderson’s films are confections, memoirs created in cinematic snow globes, with the subtext that memory is the most extraordinary confection of all.

Best Cult Classic of the Future: Under the Skin
Surely an award exists for this category, presented, perhaps, by the likes of David Cronenberg to this year’s winner, Jonathan Glazer’s dark, winding tour of the id, with Scarlett Johansson as a chameleon guide, feral and perhaps otherworldly