Home Celebrity Maps to the Stars Grapples with the Movie Business’s Most Complicated Character:... 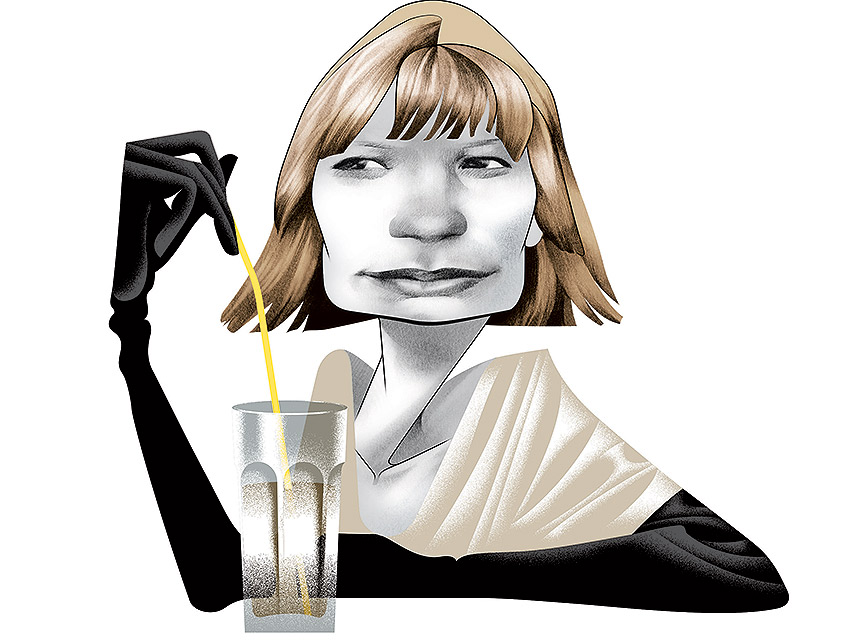 David Cronenberg’s Maps to the Stars is a Hollywood monster movie in which Hollywood is the monster. When Mia Wasikowska gets off the cross-country bus amid the sunshine and palm trees, she might be Naomi Watts arriving dumbfounded and dreamy in David Lynch’s 2001 Mulholland Drive but for the glint of recognition in her eyes and the mysteries of her past lurking behind the burn scars on her body. Wasikowska’s estranged family includes a self-help-guru father, who insists he loves her even as he makes clear he never wants to see her again, and a basket-case mother managing the acting career of a post-rehab son, whom the sister once tried to set on fire. The young woman wrangles a job—“For a disfigured schizophrenic,” observes her brother, “you’ve got this town pretty wired”—as a “chore whore” for a fading Hollywood luminary played by Julianne Moore, who’s desperate for the starring role in a biopic about her own abusive movie-star mother. Incest both sexual and creative connects everyone to everyone else. On Cronenberg’s map, the coordinates overlay each other; the revelation of secrets is less important than the madness that secrets engender.

In a somewhat earlier movie about the movies called A Movie Star, the title character gets a rude surprise when he goes to one of his own pictures, expecting to anonymously bask in his screen splendor with the rest of the audience. Movie Star is played for laughs, so we shouldn’t take its depiction of Hollywood neurosis any more seriously than the movie does; more interesting is that—20 minutes long and starring a popular vaudevillian of the day named Mack Swain—it was made almost a century ago, a year after D.W. Griffith’s The Clansman (soon more acceptably rechristened The Birth of a Nation) became American cinema’s great leap forward. Hollywood self-consciousness was born with its pretensions, the idea of Hollywood predating the place of Hollywood. “Hollywood” always has been even more of a metaphor than “Wall Street” or “Washington” except that it’s the Wall Street of the psyche and the Washington of the id, which is to say the stakes are greater than mere money and power.

When television captured the popular imagination of the 1950s, a rash of movies satirized Hollywood while also mythologizing it. Hollywood’s capacity for introspection is most feverish when it feels most threatened, and that you couldn’t tell where myth ended and satire began was part of the point: Singin’ in the Rain laughed at the movies’ transition from silence to sound (and song), and when the hometown wasn’t a soap opera in the high-toned trash of The Bad and the Beautiful, In a Lonely Place treated it as noir. A Star Is Born had been made before and would be made again, but the ’50s version was the one that resonated, with the cautionary life of Judy Garland informing a sense of how dangerous the movies could be to those too fragile for them. Of course Hollywood liked to think it not only could take a joke but was in on it, especially when audiences paid to see features directed by longtime insiders like George Cukor, Vincente Minnelli, and Gene Kelly; Billy Wilder’s Sunset Boulevard, however, so shocked the business that Louis B. Mayer publicly suggested it might have been better if the Jewish Wilder had remained in Hitler’s Germany, where he came from. When silent-screen queen Gloria Swanson descends her stairs into the blaze of lights in Sunset Boulevard ’s finale, she became an archetype for the lunacy that comes from outliving one’s legend. Notwithstanding his eventual lionization, Wilder saw himself as an outsider and liked it that way, and Sunset Boulevard has less in common with its contemporaries than with another wave of pictures about Hollywood in the ’90s (coinciding with the new threats of cable and the Internet), such as Barton Fink, The Player, and Swimming with Sharks, all outsider films, each a little more cynical than the last.

You may not need to be a writer for a monthly magazine to note how many of the central characters of these pictures are writers. If Sunset Boulevard ’s William Holden is on the run from debtors only to become Gloria Swanson’s pathetic gigolo, and if the Humphrey Bogart of In a Lonely Place is driven to violence and maybe murder, 40 years later in Robert Altman’s The Player there’s no maybe about it: Vincent D’Onofrio emerges as the angel of death, avenging every scripter who ever lived. The Player was written by novelist Michael Tolkin, whose view of Hollywood was in the deeply disenchanted tradition of other novelists, including F. Scott Fitzgerald and Nathanael West. Fitzgerald died around the corner from Schwab’s drugstore, alcoholic and broken and under enormous pressure to finish The Last Tycoon—about a doomed Hollywood producer—while West was killed in a car crash the very next day, on his way back to Hollywood from Mexico. With its central character painting an epic mural called The Burning of Los Angeles, West’s The Day of the Locust was an act of literary arson meant to torch the whole damn town, and it provided apocalyptic inspiration for Hollywood scenarios that followed, from flaming hotel hallways in the Coen brothers’ Barton Fink to Wasikowska’s pyromaniac in Maps to the Stars. Maps screenwriter Bruce Wagner is also a novelist, whose fiction—like that of Fitzgerald, West, and Tolkin, with whom I imagine he won’t object to being compared—is preoccupied with Hollywood’s depravities. In Maps he doesn’t bite the Hollywood hand; he rips it off the Hollywood wrist and tosses it onto the barbecue.

Like Wilder, the Coens, and Altman, with whom I imagine David Cronenberg won’t object to being compared, the director is a congenital outsider, more outside than those guys ever were, or anyone this side of David Lynch anyway. At the beginning of Maps I thought I was watching the prologue to Mulholland Drive, and by the end decided I had seen the aftermath; Cronenberg’s film has the almost biblical, end-time logic of many Hollywood stories with their hellacious, purifying infernos. It may be the vanity of movies to believe that when Hollywood ends, the rest of the world does, too. Cronenberg has been making pictures about the end of the world for a while; the billionaire speculator (played by Robert Pattinson) in the preceding Cosmopolis, riding in the back of his limo while surveying the collapse of the West, has commandeered the wheel in Maps to the Stars, escaping west as far as he can go and ending up his own chauffeur (played by Robert Pattinson) who’s outspeeding the fall of civilization. Maps to the Stars is the most extreme rendering ever of Hollywood as both an industry town and a deranged state of mind. Like Gloria Swanson, Moore’s frayed-edges star is desperate for not just survival but immortality, ready to exploit her own childhood molestation; Moore always has been an actress who puts everything on the line, but in Maps she leapfrogs mere artistic courage into a kind of Freudian self-immolation.

By turns irresistible and infuriating, insightful and silly, goofy and repellent, Maps to the Stars isn’t so much fabulist narrative or even demented cartography as pitiless Rorschach. If the shots sometimes are cheap, that may say more about how easy the targets are. Cronenberg’s movie seems bound to stupefy Hollywood as much as Sunset Boulevard did six decades ago, unless it becomes the industry’s Rocky Horror Picture Show, with private screenings in private screening rooms from Bel-Air to Malibu, viewers reciting in unison all their favorite lines.