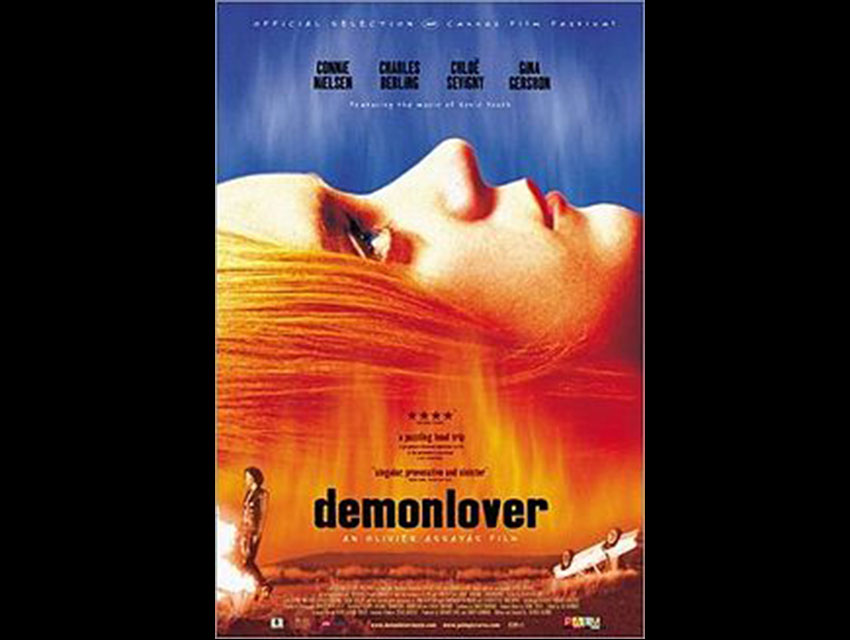 Twelve years after it was released, this film still looks like a flicker from the future. Olivier Assayas has been France’s most interesting filmmaker for two decades, making the sleek metamovie Irma Vep, the meditation on mortality Summer Hours, the psychodocumentarian portrait (of a terrorist) Carlos. Picking up where David Cronenberg’s 1983 Videodrome left off, with its kaleidoscopic cinematography by Denis Lenoir and its score by Sonic Youth, Demonlover is a kinetic bulletin that rounds the temporal curve beyond which viscera is everything: When sensation stops, so does living.

A corporate spy with the porn-star name Diane de Monx—as played by Gladiator’s woman behind the debauched throne, Connie Nielsen—is in pursuit of the rights for next-level hard-core anime when she finds constructs of time and space falling away from her like pixels. Conventional narrative is replaced by ellipses, dropped sentences, exclamation points curling into question marks; “reality” is as quaint as a floppy disk; a conversation between lovers, one of whom will blow out the other’s brains when carnality is exhausted, is consumed by language’s inadequacy. The movie’s last 20 minutes are wordless, something you only notice the third time you’ve seen them. Aftermath to David Lynch’s 1997 Lost Highway (Essential Movie Library #18), prologue to Michael Haneke’s Caché (Essential Movie Library #65), Assayas’s tale of power, which is to say violence, and voyeurism, which is to say sex, makes less literal sense as it unfolds while gathering greater semiotic meaning, no film better distilling the subterranean tensions of our time. Hieronymous Bosch for the cyber age, and the classic of tomorrow.

Maps to the Stars Grapples with the Movie Business’s Most Complicated Character: Hollywood Itself