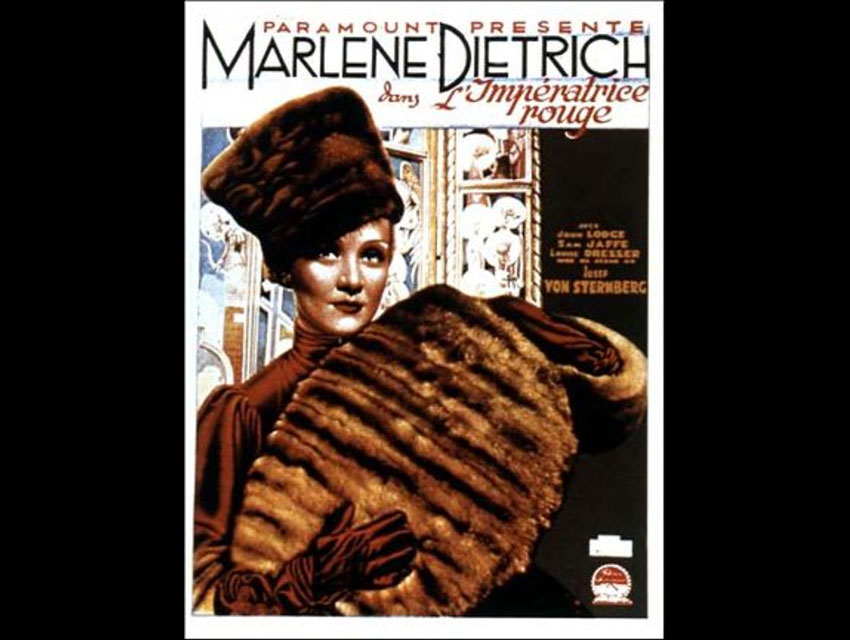 You’ll run out of other words for crazy trying to describe this would-be “biopic” of Catherine the Great that reimagines 18th century Russia as it might have been written by 19th century French decadent J. K. Huysmans: an opulent parade of pleasures and sadism, lush to the verge of slightly queasy. As director Josef von Sternberg and star Marlene Dietrich would have it—and does anyone really want to believe otherwise?—the young empress slept her way to the bottom, which took the form of any hunky musketeer who happened to amble by the palace at midnight. What’s most deeply cracked about every performance, every profile, every backdrop and every set, every light and every shadow is an apparent obliviousness to just how cracked the entire enterprise is; Von Sternberg renders history a chiaroscuro of frenzy, populated by the progeny of fate and chance inbreeding down through the centuries.

Dietrich’s Catherine is a womanchild picking wings off flies, each pluck attended by a greater orgasm. If you give a fig about how the real Catherine held one eighth of the planet together for a third of a century, this isn’t the movie for you; rather it’s for those who love movies nearly as much as did von Sternberg (since actually matching his fervor is quite out of the question). Only he and Marlene knew which of them was the other’s slave, but he certainly was cinema’s: “I believe,” Von Sternberg said, “that cinema was here from the beginning of the world,” expecting that, at the end, there would be nothing left but this movie.