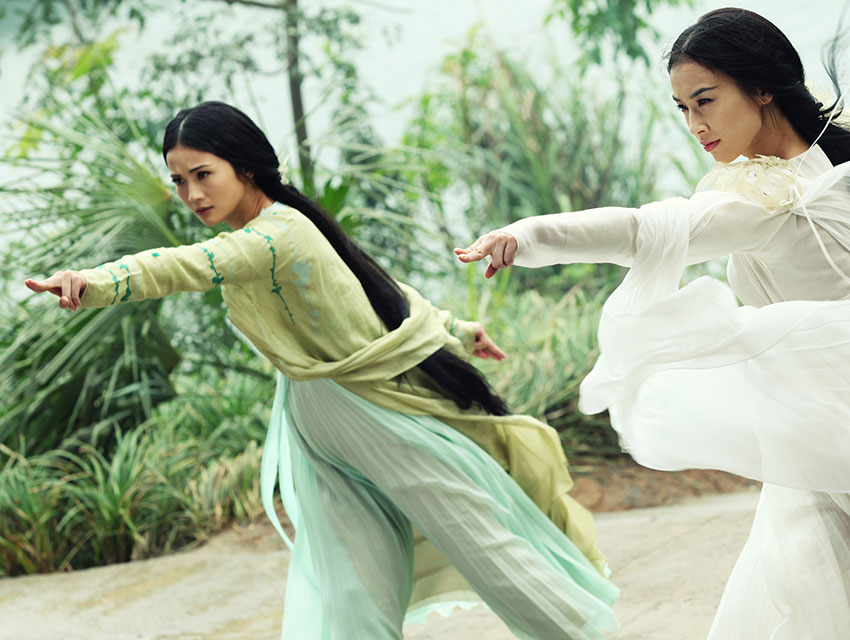 Born in Vietnam, the young Tsui Hark expatriated to Austin, Texas, where he jettisoned expressed plans to become a pharmacist, and then to New York where he worked as a journalist and documentarian. Returning east in his mid-twenties he became the face of Hong Kong film’s phenomenal new wave of the 1980s and early ‘90s, producing the work of John Woo and directing pictures that so mashed up genres of crime, suspense, fantasy, martial arts, and Chinese wuxia, and so crosswired influences of opera, pop, and American B-pictures, as to reinvigorate every cliché the west thought it had tossed on the ash heap of movie history. As much as anyone, Tsui established the template for Ang Lee’s justly acclaimed 2000 breakthrough Crouching Tiger, Hidden Dragon.

Less known than the more high-profile Shanghai Blues, Peking Opera Blues, and Once Upon a Time in China, Green Snake is Tsui’s most ecstatic and distinctive picture. An act of cinematic delirium and a fever dream at once childlike and erotic, it stars Maggie Cheung—then on the verge of international stardom with Irma Vep and In the Mood for Love (Essential Movie Library #45)—at her most intoxicating, as a demon that’s half snake and half, well, Maggie Cheung, which certainly offsets the snake part. Based on a barely comprehensible fable about warring Buddhist monks and the reptile-women who love and vex them, spectacularly shot by Chiu-Lam Ko and visually designed by Bill Lui (who later would capture the west’s attention with his work on Lee’s 2007 Lust, Caution), Green Snake invites turning off the film’s subtitles altogether and allowing yourself to just drink in the sight of it (with the story finally making no less sense than if you leave the subtitles on).