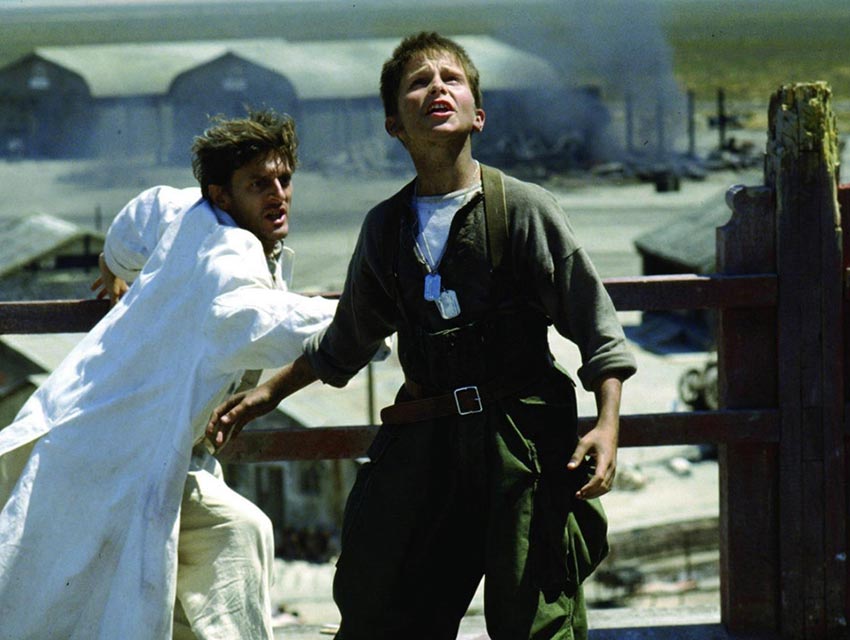 There’s no point getting snooty about Steven Spielberg. The elitism is too obvious and we only manage to embarrass ourselves. Easily the most popular filmmaker in the 20th century’s most popular art form, he has made an impact that will long outlive our condescension. Yet in a fashion that’s both fitting and paradoxical, his best movie is the Great Lost Spielberg, which confounded an audience who didn’t know Schindler’s List, Saving Private Ryan, and Lincoln were yet to come (and who perhaps got their empires confused, what with that year’s simultaneous release of Bernardo Bertolucci’s The Last Emperor). Remembering Spielberg’s previous endeavor, The Color Purple, with its Disneyfication of race in America, critics had convinced themselves he was unable to handle grown-up themes in a grown-up manner; as well, Empire is based on a memoir/novel by J. G. Ballard, whose name many would assume doesn’t easily cohabit with Spielberg’s in the same sentence.

The story of a boy losing his parents and coming of age in a pre-Mao China invaded by the Japanese on the day following Pearl Harbor, Empire of the Sun lies on the other side of the darkly glass from Spielberg’s early career masterpiece Close Encounters of the Third Kind, where a man going mad from seeing flying saucers must reclaim his capacity for the childlike. In Empire of the Sun, Spielberg doesn’t outpace his flaws; he may even provide incontrovertible evidence he’ll never outpace them: Passages of Empire can be as bombastic and heavy-handed as any movie is bound to be with a John Williams score so reflexively adored by the motion picture academy. But more than just the missing link between Early Steven and Late, this movie—inherited from director David Lean, smartly adapted from Ballard by playwright Tom Stoddard, brilliantly visualized by cinematographer Allen Daviau, and still more personal to Spielberg than anyone knew—marks the moment when the madness of childhood overwhelms its innocence, as finally seen in the bomb-blasted eyes of the war-torn orphan played by 12-year-old Christian Bale in one of cinema’s great performances by a young actor.

Sorry, Steven Spielberg. The Government Warns Streamers Must Stay In the Oscar Pool