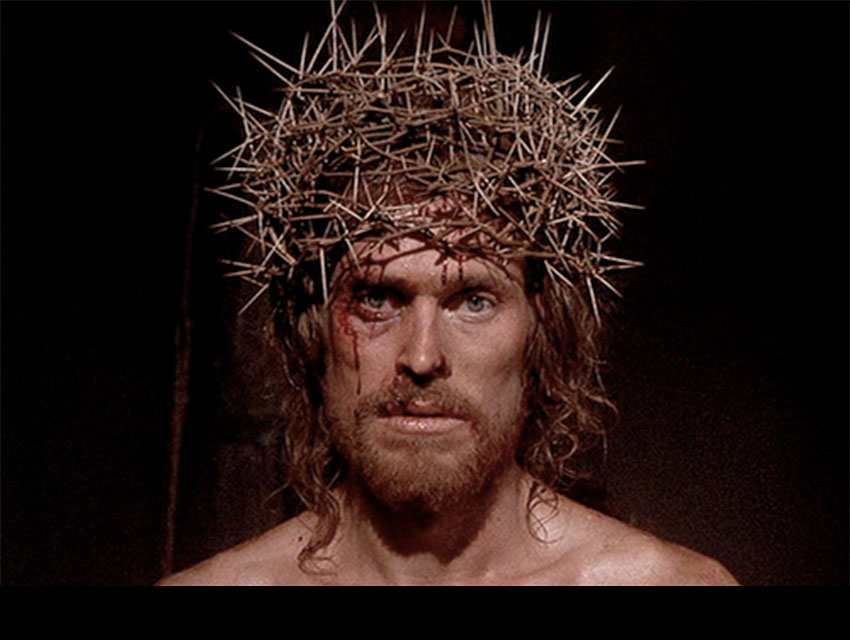 Of all the movies Martin Scorsese has made, none was more a labor of love than this adaptation of Nikos Kazantzakis’s novel that considers Jesus’s divinity in the context of his humanity rather than the other way around. Last Temptation was filmed with less money than Scorsese needed and less time than he wanted, without his actor of choice, Robert De Niro, or any of a long line of favored replacements including Ed Harris, Aidan Quinn, Eric Roberts, Christopher Walken (who would have rendered an already unusual project deeply strange) and David Carradine as, presumably, a kung-fu Jesus. Willem Dafoe plays the Christ as a man haunted by not just his god but a sense of moral fraudulence, struggling to become comfortable not in his skin but his spirituality, without the otherworldly serenity or, dare we say, elegance of Robert Powell in Franco Zeffirelli’s 1977 Jesus of Nazareth. But somehow all the ways this movie fell short of what Scorsese hoped only added to its urgency—the director’s sense of commitment was never greater—and only imbued Jesus with more heroism than the screen has otherwise portrayed, a heroism that derives from a prophet’s struggle to attain the grace of humanity at its most divine.

Like this movie or not, disagree with its portrait or not, you have to be ignorant of the movie itself or the meaning of Jesus’s life to find it irreverent let alone heretic, and you have to forget that Jesus was the original heretic. In any case the whole point here of Christ’s last temptation is that finally he overcomes it. The Last Temptation of Christ threatens not Jesus’s hold on us, the audience and the congregation, but fixed notions about which the 2,000-year phenomenon that followed in his wake has been very proprietary, as the Jesus of Matthew has been rewritten by Luke and John to become ever meaner, since a mean god is the only sort that some find worth worshipping. This is a film for those who would truly ponder both Jesus and temptation, and in that sense Last Temptation is as dangerous as suggested by those who hated it, very few of whom actually saw it, because what Christianity has never been able to abide is people pondering Jesus on their own. The film’s crucifixion imparts no poetry or glory, it’s ghastly, a state execution of such pain and degradation as to make incontrovertible the courage of a man who chose it in the name of God, and this is the contradiction of Christianity that thwarts its own theo-logic even as Scorsese understands it utterly: If divorced from his humanity, then the sacrifice of Jesus, and the divinity that sacrifice would sanctify, are meaningless. Scorsese’s most personal and passionate picture.