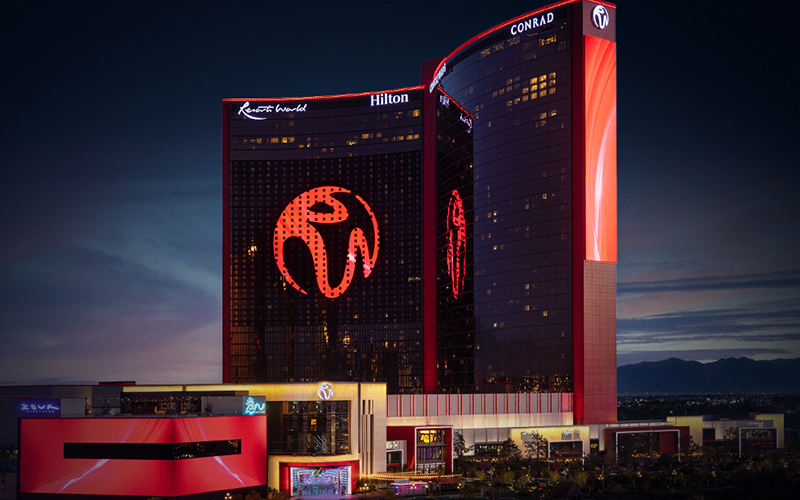 What’s the best way to celebrate a one-year anniversary? By keeping the party rolling. This is exactly how Resorts World Las Vegas is commemorating the first year since its June 24, 2021, opening.

The first week of festivities kicked off with a host of special events, performances, and dining specials June 24 – July 4. Now, Resorts World Las Vegas is extending the party with a special offer on bookings and a slate of spectacular shows though July.

In appreciation for their first year on the strip, Resorts World Las Vegas is continuing a special anniversary offer on selected dates to save on their Las Vegas Hilton, and Conrad Las Vegas rooms for bookings made through July.

This deal is cancellable/refundable up to one day prior to arrival. Added to the mix: complimentary self-parking. Want to cash in on these savings? Simply sign up for Genting Rewards, the Resorts World Las Vegas points program, when making a reservation. What to expect in accommodations? Simple elegance, cutting-edge technology, sheer luxury.

Continuing the celebration of this milestone is a slate of anniversary entertainment. On Thursday, July 14, JUNGLE CAT ft. G Eazy will perform at Zouk Nightclub. Following up on July 15, Audien takes the late-night stage at Zouk Nightclub, with Cheat Codes performing at AYU during the day. On Saturday, July 16, Tiesto will perform at AYU Dayclub and Zedd will be at Zouk. DJ Politik will end the weekend at AYU Dayclub on Sunday, July 17.

Make the most of your summer and join Resort World Las Vegas’s season of celebration.