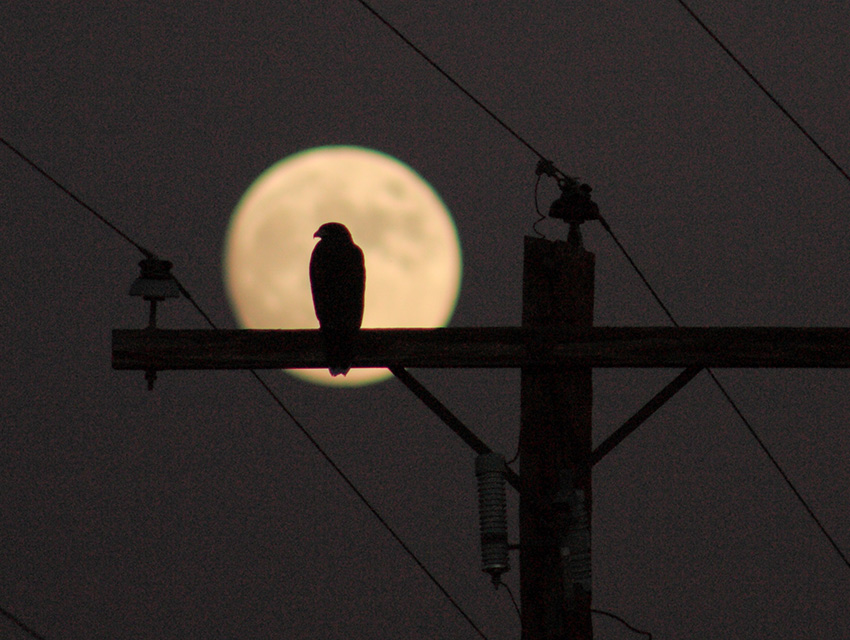 Scratch the surface and you can learn a lot about a culture by its birds. High fashion used to dictate that well-to-do ladies of the Victorian era adorn their colossal hats with bird feathers to flaunt their wealth.

Pushback came quickly in the form of a confluence of bird preservation societies, hobbyists, photographers, scientists, and audiophiles that over the last century or so have spread the knowledge and love of the hundreds of species of birds we enjoy today in America and the thousands around the world. They also obliterated the bird hat industry.

But that doesn’t make the birds themselves out of style! Curious about what our feathered friends can show you about the City of Angels? With spring in full swing the birds are in town and Angelenos have a whole bevy of places and events around the county to suit every taste so get outside and learn something new about your city from a bird’s eye view.

Los Angeles in situated about smack dab in the middle of one of the main migratory routes traversed by hundreds of species of birds that make their way from Alaska to Patagonia in South America twice yearly in the spring and fall.

So take advantage of this time and this place to explore what Los Angeles has to offer all things birds!

Just in time for spring, Audubon California, several of its chapters, and various local groups are hosting county-wide events for Angelinos of all stripes and every neighborhood. Here’s a quick sampler.

Downtown: Beers and Birds atop the ACE Hotel, Griffith Park birdwalks, Bird Day L.A. at the Museum of Natural History

If you’re following the birds south this spring here’s a few honorable mentions for birding near the L.A. area that deserve a shout out: El Dorado Nature Center in Long Beach, the Huntington Beach Wetlands, and San Diego pelagic birding trips.

Nothing says culture like an art exhibit. Check out Brick and Blooms at the South Coast Botanic Garden in Palos Verdes Peninsula. The exhibit will bring 15 nature-themed Lego sculptures to the garden and will be the only Southern California stop for this nationally touring exhibit, on display through May 8, 2016. Stroll among the flowers in the garden and let the kids have some hands-on fun among the multiple brick-building activities.

The Hawks and Peacocks of Palos Verdes

After Legos, kick around in the tide pools or the neighborhoods of the South Bay’s Ranchos Palos Verdes lush, hilltop environs and you’ll no doubt chance upon two or more of their winged natives. Crows and hawks regularly battle for territory among the cliffside beaches around the peninsula while the peacocks meander through the neighborhoods and provide local color.

Palos Verdes boasts about 1000 peacocks in the area with the population spanning back 100 years. Their distinctive calls arouse a curiosity and sense of wildness to urban ears and spotting one can become the high point to your walk among the many secluded and secretive hikes the peninsula offers.

The story of Madrona Marsh is the story of conservation in L.A. Newly fledged to their Torrance neighbor and optics sponsor Celestron’s “Team”, the Marsh was once used for oil drilling (like most of L.A.) and at one point even had its soil covered in liquid asphalt to kill off all the native plants and animals. Madrona Marsh is a tranquil safe-haven and rest stop for birds and other species and features picturesque trail, bridges, benches, and redwing blackbird packed tall reeds that surround the waters. Sunday mornings and Fridays at sunset are highly recommended. Celestron recently donated two benches to sit atop the Marsh’s popular “berm” area which provides the best views of the most populated waters.

The nature center across the street is a must see as well. Boasting a natural history museum, snakes, turtles, water lab classrooms decked out with Celestron digital microscopes, a gift shop if you need some binoculars, and numerous other fun and educational exhibits and activities.

Cornell Has Apps For That

Another fixture on Team Celestron is Ithaca, New York’s Cornell Lab of Ornithology. The Cornell Lab purses a wide range of initiatives that promote conservation, science, and the hobby of birding. Cornell and Celestron team up to provide educators with the tools and experience to capture the imaginations of young people by hosting birdwalks and donating binoculars they recently named Celestron’s Nature DX 8×42 the “Best Binocular Under $200” in the Cornell Lab’s binocular review.

Audubon field guide books are a staple for every serious birder, but for the day to day (or if you’re too embarrassed to call yourself a birder) and happenstance encounters with the avian variety you can rely on your trusty smartphone. The brainiacs at the Cornell Lab of Ornithology (bird science) in Ithaca, NY have developed the intuitive Merlin bird ID app for iOS and Android phones.

Quickly identify bird species in your area through Cornell’s super simple user interface which determines your location, the date, and then helps you pick the general size, colors, and activity of the bird (was it at a feeder, swimming, soaring, etc.). The app then creates a list of possible birds with the species’ images, details, and birdsongs which you can select as “your bird” – this data feeds back into the system to further improve its accuracy.

This app is the perfect way to easily identify a handful of birds in your neighborhood and will give you those first few successful identifications that just may hook you for life.

These are just suggestions to get you started. This list is by no means exhaustive—follow the links through, do some exploring on your own, and see what else the city has in store this spring. Get a little urban birding under your belt and you’ll be amazed at the some of the new places you’ll find, adventures you’ll have, and feathered friends you’ll make along the way.

So get outside and keep looking up!

From Archery to Mountain Biking, There’s an L.A. Park for Every Outdoor Hobby

We Love L.A. to the Moon and Back