Home Drinking Sponsored Take Your Training Above and Beyond 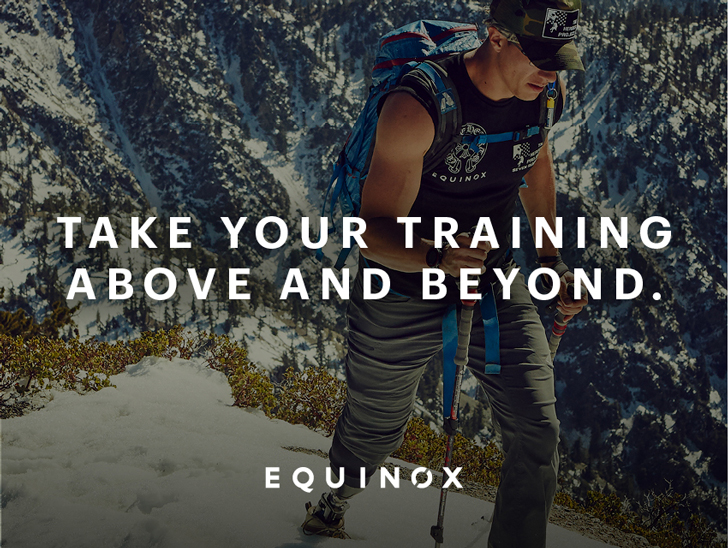 There’s nothing in the world like Tier 4 Training at Equinox. See how it helped get combat-wounded U.S. Marine Staff Sergeant Charlie Linville ready to climb Mount Everest. While conducting an IED sweep in Afghanistan, Charlie Linville suffered multiple traumatic injuries and eventually underwent a below-the-knee amputation. He joined forces with The Heroes Project, an organization that puts injured war veterans on the highest mountains in the world, giving them the chance to renew faith in themselves and put their lives back together through the challenge and triumph of climbing. After an avalanche and an earthquake foiled Charlie’s two prior climbing attempts, he is currently on Mount Everest. The world is watching, hoping to see him make history as the first combat-wounded veteran ever to summit. He trained intensively with Equinox at the Tier 4 level to prep for this truly epic feat. Under the guidance of his coaching team, Charlie transformed his body and mind by modifying his behavior around movement, nutrition and regeneration.

Tier 4 is more than a tough workout. It’s a holistic approach to lifestyle management, led by an elite team of coaches both in and out of the club. Charlie’s path has been nothing short of extraordinary. We invite you to learn more about him, and what Tier 4 Training at Equinox can do for you. Learn more about Charlie’s training story.