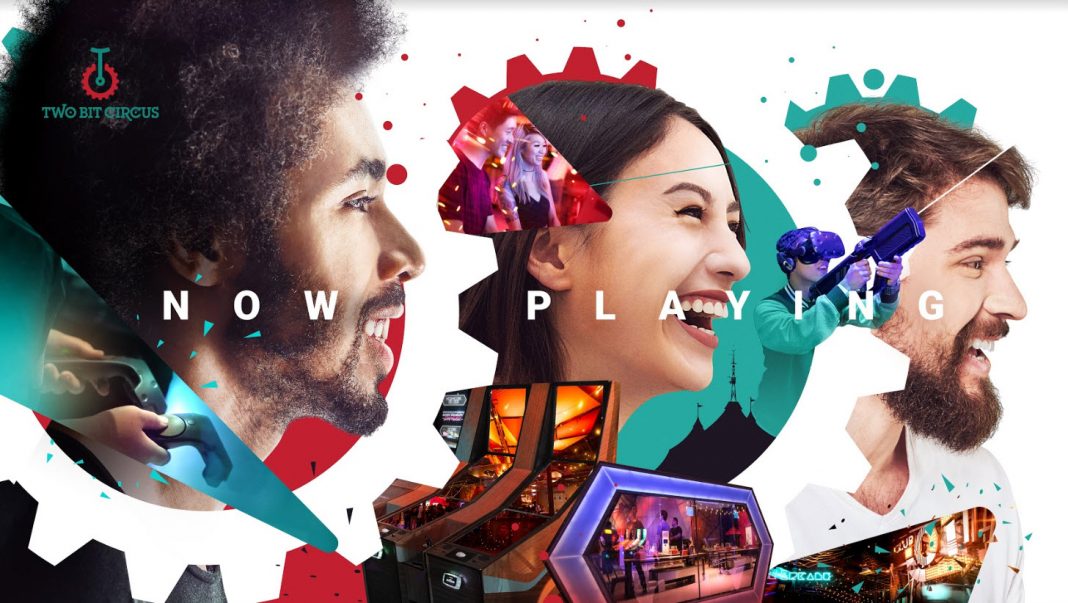 Ever wanted to try your hand at navigating a spaceship, exploring an underground mineshaft, or battling a minotaur? You can experience each of those—and a whole lot more—at the Two Bit Circus “micro-amusement park,” located at 634 Mateo Street in Downtown Los Angeles.  The new space offers video games, single and multiplayer VR games, interactive “story rooms,” and a “game show” room that allows up to a hundred competitors.

The Raft, an immersive VR game for up to four players, takes place in a haunted bayou. Here’s how Brent Bushnell, Two Bit Circus’ CEO, describes it. “You’ll be outfitted with headsets and you’re going to float down the river. You start on this dock, you float down the river, and you defend your raft from all the crazy attackers on the shore. At one point, the raft catches on fire, and you reach down to pick up a real fire extinguisher in order to put it out.” 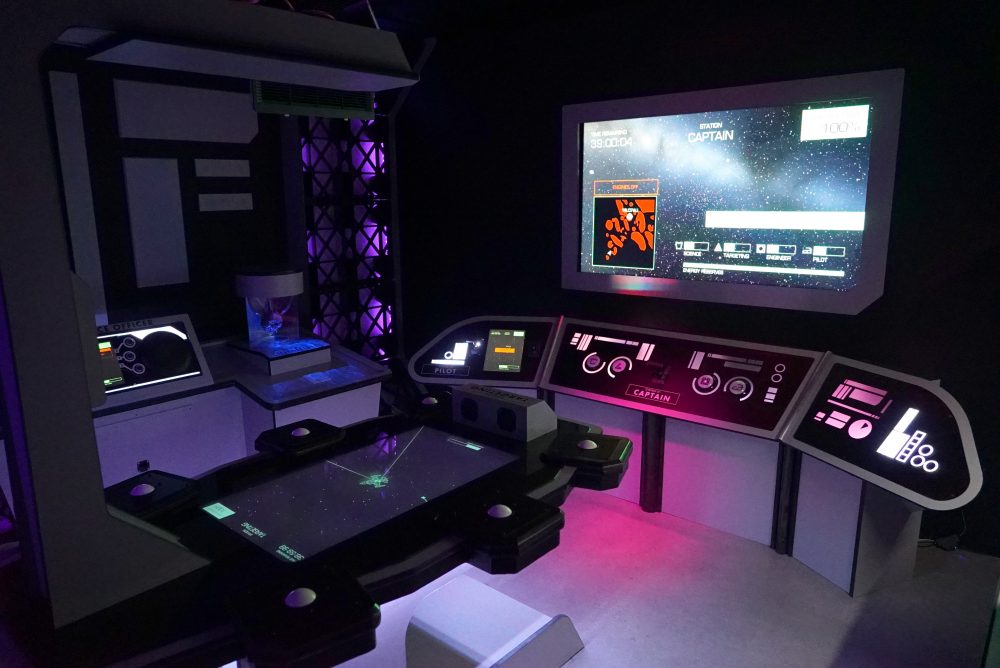 Escape room fans will love the “story rooms” at Two Bit Circus. Instead of trying to escape a particular location, these games are more like a shared adventure. In the Space Squad in Space story room, Bushnell says, “You are on the bridge of the Space Squad Infallible, and you’re all going to work together—captain, pilot, navigator—to be able to pilot through the galaxy. This is multi-role. It is a different experienced as the captain and as the pilot than it is as the navigator.” He adds, “Much like a video game, as a team, you get a score. You can either succeed or fail. Your ship can blow up.” If a visitor returns to play a different role, it’ll be very different. In the future, Space Squad in Space will be episodic. The company is already working on episode two.

The Lost City story room, which starts in an underground mineshaft, feels like something out of an Indiana Jones movie. Together, a team must figure out how to open a secret temple, but if they don’t do it fast, they’ll be trapped forever. Bushnell says, “There are lots of different challenges in here—audio, visual, puzzle—so you’re really trying to solve a bunch of stuff together.” 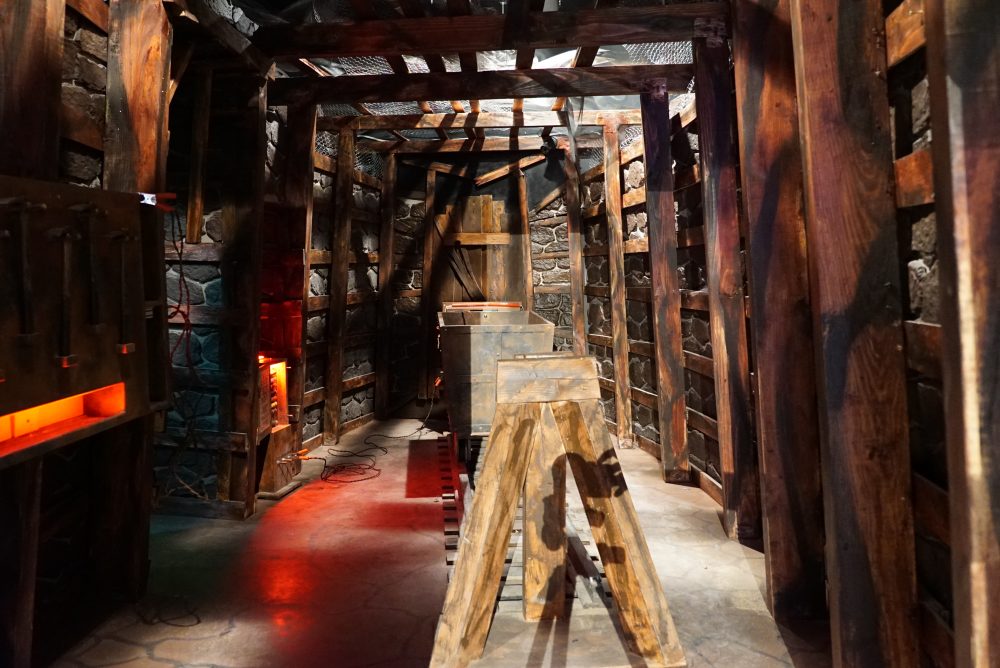 Two Bit Circus also offers “mixed reality” maze games set in a 6×4 meter maze with vibrating floors. Bushnell says in virtual reality, the maze feels far bigger than it really is. “There are two different experiences—one is a more kid-focused experience, a little bit like Despicable Me, made by Ubisoft called Rabbids. The other is a dark minotaur maze.”

A separate area of the park, the VR Arena, offers a four-player gaming station using HTC Vive hardware. Don a headset and head into battle with three of your friends, or climb into one of the VR pods for a simulated motion experience.

In addition to the various games available throughout Two Bit Circus, the park itself is a “meta game.” Bushnell explains, “Hidden inside of this park are lots of little Easter eggs. There are secret rooms. There are secret closets and passageways, and that stuff is navigable.” 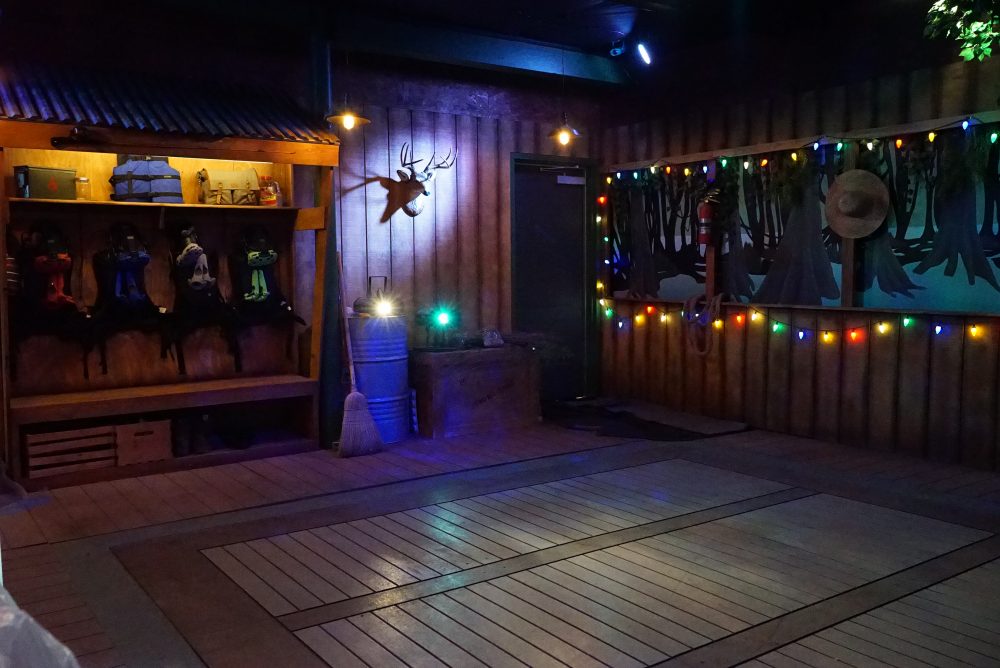 Two Bit Circus opened to the public on Friday, September 7, but Bushnell and his team will continue to add to the park, which they see as one big gaming platform. In addition to designing new games of their own, he says, “We also work together with creators to take existing games and publish them on our platform. Think of this place like a 50,000-square-foot iPhone.” Two Bit Circus is already impressive, and with more updates coming, they intend to provide an endless supply of high-tech fun.