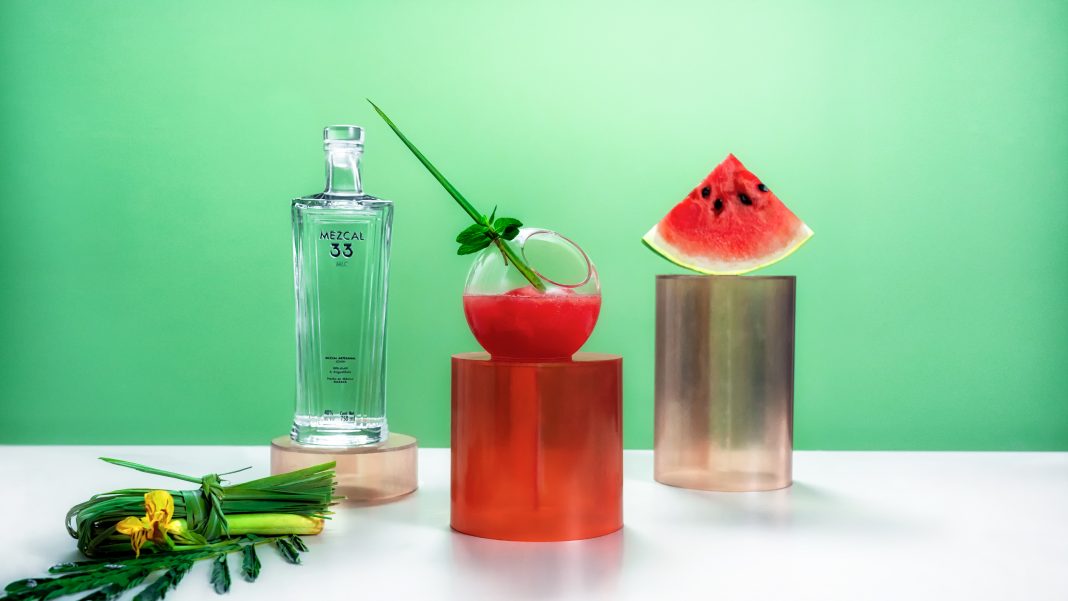 Magic, mythology, and, yes, flavor surround Mezcal 33. The Monterrey, Nuevo León, Mexico-based brand wants to bring these gifts to the public. “For many people, mezcal is something they’re experiencing for the first time,” says Mezcal 33 CO Raul Gonzalez. “We want them to understand the spirit’s beautiful history and feel its magic.”

Though the artisanal Mezcal 33 brand first hit Mexico’s market in 2014, mezcal’s rich history dates back over 10,000 years. Existing for over 10 million years is maguey, the plant species from which mezcal is made. This is when mezcal’s mythology tied to “The Wonders Tree” began. The tree from which maguey was harvested was called The Wonders Tree, so named because maguey can be used for food, fiber, medicine, and construction materials.

In 1753, maguey earned the new moniker “agave” from Swedish botanist Carl Linnaeus, a name bestowed because of its apropos translation of “admirable.” Indeed, when cooked via a particular method, maguey became what is known today as mezcal.

Made from 100% agave, Mezcal is vegan and gluten-free. When served straight, the spirit has one of the lowest sugar and calorie counts of all alcohols. Factors such as these have led to mezcal, when consumed in moderation, being touted for its health benefits. Among them: decreasing stress and cortisol levels, anti-depressant and anti-anxiety effects, aiding in digestion, and lowering blood pressure. The agave plant also contains citronella, known for its anti-inflammatory properties. Another benefit comes from agave’s limonene compounds, a cancer-fighting element. An added perk of Mezcal 33—it’s made with polysaccharides, sugars that immediately disintegrate in the mouth, resulting in less likelihood of hangovers.

Founded in 2014, Mezcal 33 had a rebirth in 2020 during Mexico’s pandemic lockdown. In approaching how they produce Mezcal 33, the company prepares its spirits sustainably, organically, and “in harmony with tradition.”

When researching drinkers’ mindsets about mezcal, they kept stumbling across two factors: mezcal’s prominent notes of alcohol and smokiness. To correct a high alcohol aroma, many brands lower the alcohol content. Mezcal 33 does the exact opposite. “The secret behind Mezcal 33’s prominent herbaceous notes is its balance, something achieved by our master mezcaleros without lowering the alcohol content.” Addressing Mezcal 33’s level of smokiness is done during its cooking process.

Master mezcaleros cook the agave in a conical oven, then put through double pot distillation in copper stills. From here, the Reposado goes through double-barrel aging. “We use both French and American wood barrels,” Gonzalez says. “This process brings out tertiary notes, creating a great balance of vanilla and coconut, and the natural notes of espadín.” The maturation time for the Espadin agave can last from six to 10 years. The resulting flavor, “It’s smooth and delicate with a bright, balanced smokiness.”

Of staying in touch with the world’s evolving tastes, Gonzalez says, “We’re very passionate about mezcal, and as artisans, we innovate our mezcal while respecting tradition.” Case in point, Mezcal 33’s newly launched Joven is unaged, appealing to a modern palate. What these world-class, award-winning mezcals bring to the fore—handcrafted properties and versatility. 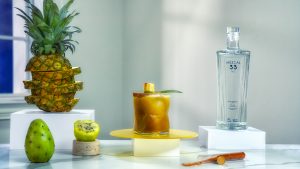