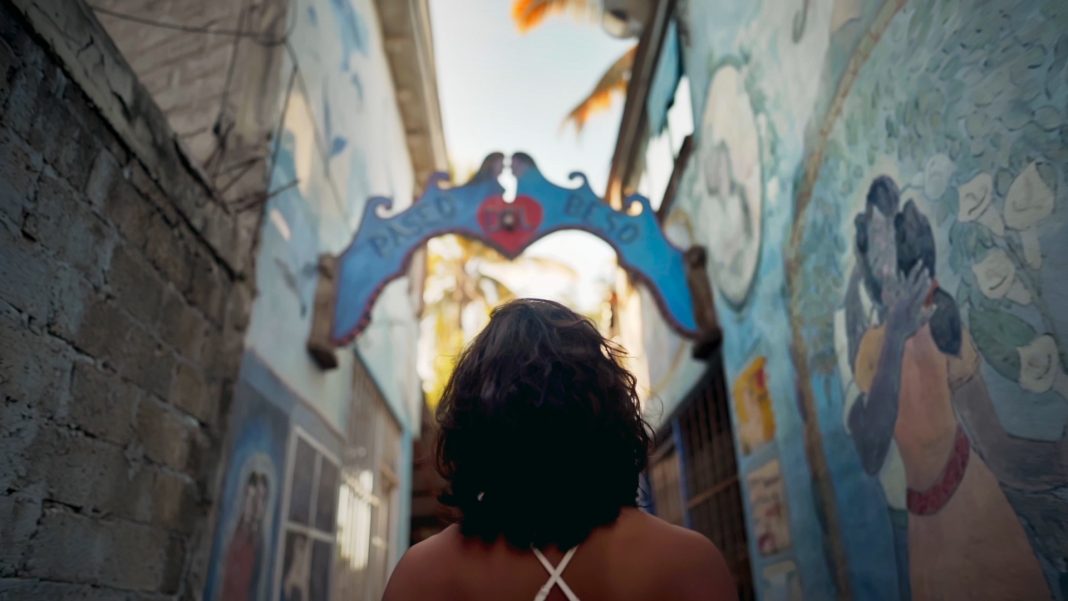 There’s something about Los Angeles residents. They thrive in this city made vibrant by its diversity, creativity, healthy lifestyles, and positive, can-do attitudes. What keeps the Southern California essence so ever-changing and fresh? Venturing out into the world and bringing back experiences and inspiration that are, in their own way, so LA. Here’s a peek into some Angelenos who embody this very spirit. And they let us know… where they’re going next.

Hailing from Zacatecas, Mexico, Raygoza is a fourth-generation artisan chorizo maker, a craft he’s passionate about sharing with LA locals. “The community of Los Angeles is so vast with so many cultures, it’s amazing.” In 2013 he launched The Chori-Man Artisan Chorizos & Sausages, at the time a humble door-to-door business operated from “The Chori-Mobile,” a cooler on wheels.

The response to Raygoza’s chorizo was a big thumbs up, so much so, he was able to open The Chori-Man, a brick-and-mortar store in San Pedro. As his business grew, so, too, did his accolades. In 2018, Los Angeles magazine dubbed The Chori-Man on its Best of LA list.

Over the years, The Chori-Man’s flavors have evolved, largely as a result of Raygoza’s globetrotting. “Travel has inspired me in so many ways,” he says. “Wherever I am, I try everything, from sweets to savory to asking locals to guide me on what flavors they’re accustomed to.” Once back home, “those tastes, those smells, those people that have shared recipes with me – [I] try to incorporate them into my every day.”

So where’s he headed next? “Croatia. Out of LA. Delta.” Meeting San Pedro’s Croatians ex-pats has Raygoza determined to visit their homeland. “They’ve opened their arms to me,” he says. “They’re very passionate, compassionate and remind me of my family.” Raygoza’s eyeing a Delta flight with these goals in mind: “I would love to get to know [the Croatians] coast and food.”

A Barcelona native, Pansiello now calls Los Angeles home. “Los Angeles is such a magnet for creatives, it’s the perfect place to connect with other people.” He’s done just that by founding Roofless Painters, a “free-range” art school for “manifesting creative expression” that hit Los Angeles Magazine’s 2021 Best of LA list. Pansiello delights students by holding pop-up classes in some of the city’s famed attractions, from the Grand Central Market to Bob Baker Marionette Theater. A sense of adventure is amped up during rooftop classes, a nod to his business name.

A self-proclaimed dream alchemist, Pansiello is all about making his own travel fantasies a reality. “When I travel I always want to learn about the history of the place.” As for experiencing art during travels, he says, “You have to physically put yourself in front of artwork in order to experience all the messages, all the intentions, the artist put on the painting.”

Pansiello draws inspiration from these journeys, be it through a destination’s history, architecture, streets or art scene, reasons he loves venturing to NYC. “It’s important to make regular trips to New York to get inspiration and to see the latest happenings, he says, “and New York has amazing regular art fairs that are important for any artist to visit.”

Where he’s headed next: Paris. “As an artist from Barcelona, I’ve flown with Delta many times [from there] back and forth,” Pansiello says. The city’s lure? “Paris is a destination that’s a must for inspiration.” What gets his creative wheels turning — “The turn of the century in Paris, it became a magnet for artists,” a feeling, he says, the city still contains.

Elin and Anh Thu Dannerstedt, Destination: the Bahamas and Alaska

California’s healthy vibe speaks to the Dannerstedt sisters. “It’s probably one of the only state’s where you can surf, snowboard and hike all in the same day,” says Elin, who co-founded NCLA Beauty with sister Anh Thu. With this in mind, they launched their business in 2010 to “create a destination of products that is truly clean and innovative while staying colorful and cheeky.”

Indeed, NCLA’s mission is to create experiences – think feel, touch and smell — through bath products, lip balms and nail polishes. Their travels up this ante. “We’re exposed to so many cultures, foods and colors,” says Anh Thu. “We want to bottle that up, bring it home and share it with our customers.”

Over the last year, they’ve been tuning into U.S. locales. “The Grand Canyon, the Red Rocks… The colors from the rocks and the sunsets were just stunning.” These colors informed their products, as did an in-town getaway that spurred the launch of their new Staycation collection.

Where to next for the siblings? “The Bahamas,” says Elin. “I really need a vacation by the beach.” Anh Thu is going to the opposite extreme. “Alaska,” she proclaims. “[Traveling there has] always been a dream of our family.” Her preferred mode of transportation? “I’d love to fly Delta there,” Anh Thu says. “They’re super comfortable, have amazing food and customer service.”

Moore inherited his love of hockey from his Canadian grandfather and father. By age five, he hit the ice in his hometown of Thousand Oaks. Right away it was obvious: the kid had skills. In short order, his talent saw him competing around the world, eventually going pro with the Toronto Maple Leafs and Marlies. Then, in the 2019-2020 season, the LA Kings called Moore home. Of Angelenos, Moore says approvingly, “They live their lives by the beat of their own drum; everyone does what they’re passionate about.”

Traveling may be rote in the sport of hockey; still, the left-winger speaks of his journeys with a sense of awe. “[The LA Kings] just got back from Latvia, somewhere I never thought I’d be able to go to.” How he takes in a new city: by visiting monuments, checking out restaurants and kicking back poolside. His most recent trip — his wedding in Cancun. “The people, the restaurants, the resort – everything was amazing,” he says. “Being able to spend those 10 days in paradise was really special.”

Where are the newlyweds headed next? Rome. “We can’t wait to explore the city, the landmarks, try the food and meet the people… It’s great that the world is opening up again.”