Home Uncategorized The Humanity of Language in a Los Angeles Classroom 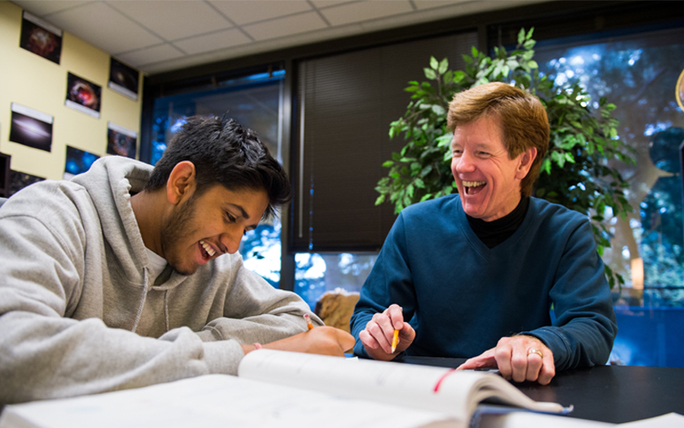 Learning a new language can be difficult. Especially when you’re a teenager and have other subjects to focus on along with all the pressures of adolescence. Fusion Academy Los Angeles is a private school where all classes are one-to-one: one student and one teacher per classroom.

To say that Fusion teachers are creative is an understatement. Teaching in a one-to-one classroom requires innovation every time a student walks through their door. From course content, to teaching techniques, Fusion teachers are constantly adapting and personalizing their subject for each student.

Shoshana Kinsbursky is no exception. She is the Language Department Head at Fusion Los Angeles, and incorporates all areas of life into how she teaches language.

No matter the student, she wants them to first understand that humans created language. This brings an aspect of humanity, and allows her to incorporate pieces of the human condition like history, culture, and art. Students come to class and learn so much more than just the language, but truly understand its culture.

Next, Shoshana says, “I look at the child, and I look at what they love.” This could be finding rap in the language, or finding a biography of a person they admire in the language they’re trying to learn.

One of her students described themselves as “a passionate lover of science” so they studied Ebola in the French language. They found videos, newspaper articles, current events, and anything they could find on the topic to devour the language. He just finished French 4 and has a foundation to take the language even farther.

Shoshana also partners with the campus art teacher to bring their subjects together, with beautiful outcomes. Once a year they completely transform the campus’ silent Homework Café® with artwork. All the pieces reflect a theme, which always includes a social justice component. She describes it as “an experience the kids don’t forget. It’s amazing to see people who have never done anything with art to do something.”

Last year’s theme was “L’afrique, le cœur du monde!” (Africa the heart of the world) and here are a few pieces from the show: If you walk on to Los Angeles’ campus, you’ll see touches of Shoshana’s influence everywhere. One hallway showcases student artwork and essays, all in languages other than English.

This integration of art and language allows students to express themselves in multiple ways. They have the freedom to show who they are through how they learn, and the things they create.

Shoshana says, “I don’t think there’s any school in the world in which people could be so incredibly who they are.”