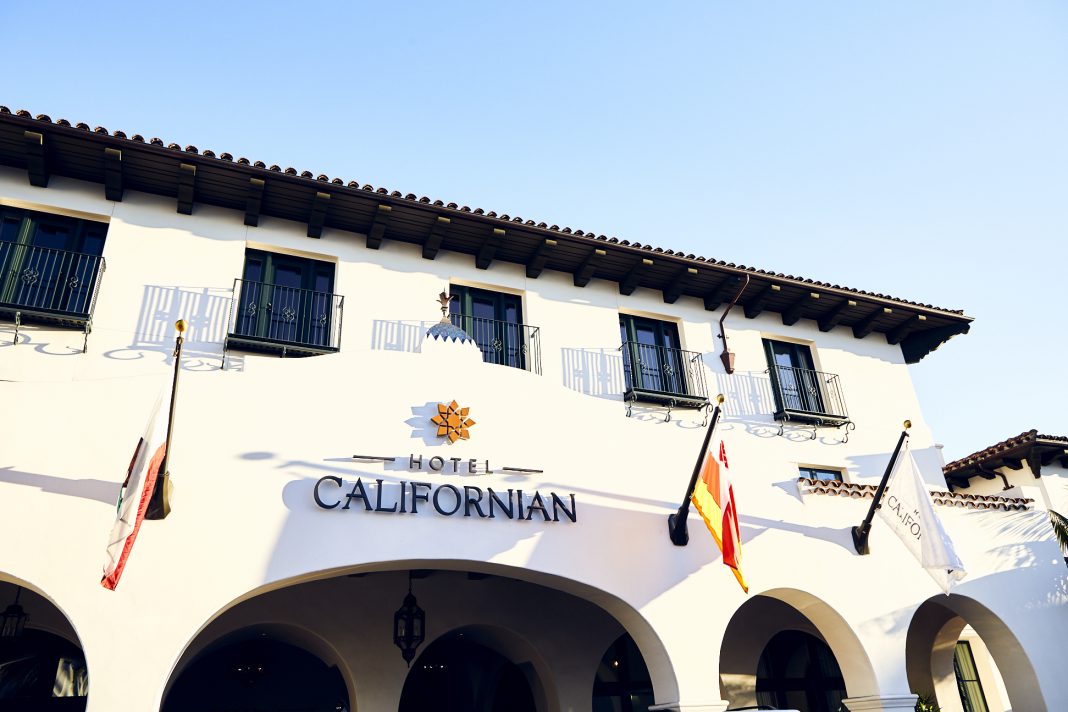 Planning a weekend getaway from Los Angeles often starts with the question, “How far are we willing to drive?” To get to Hotel Californian, a luxury hotel located a block from the beach in Santa Barbara, you don’t have to drive at all. Board Amtrak’s Pacific Surfliner at Downtown LA’s Union Station and enjoy scenic views of the ocean as the train travels up the coast. When you arrive in Santa Barbara, you’ll be less than a block from your hotel. 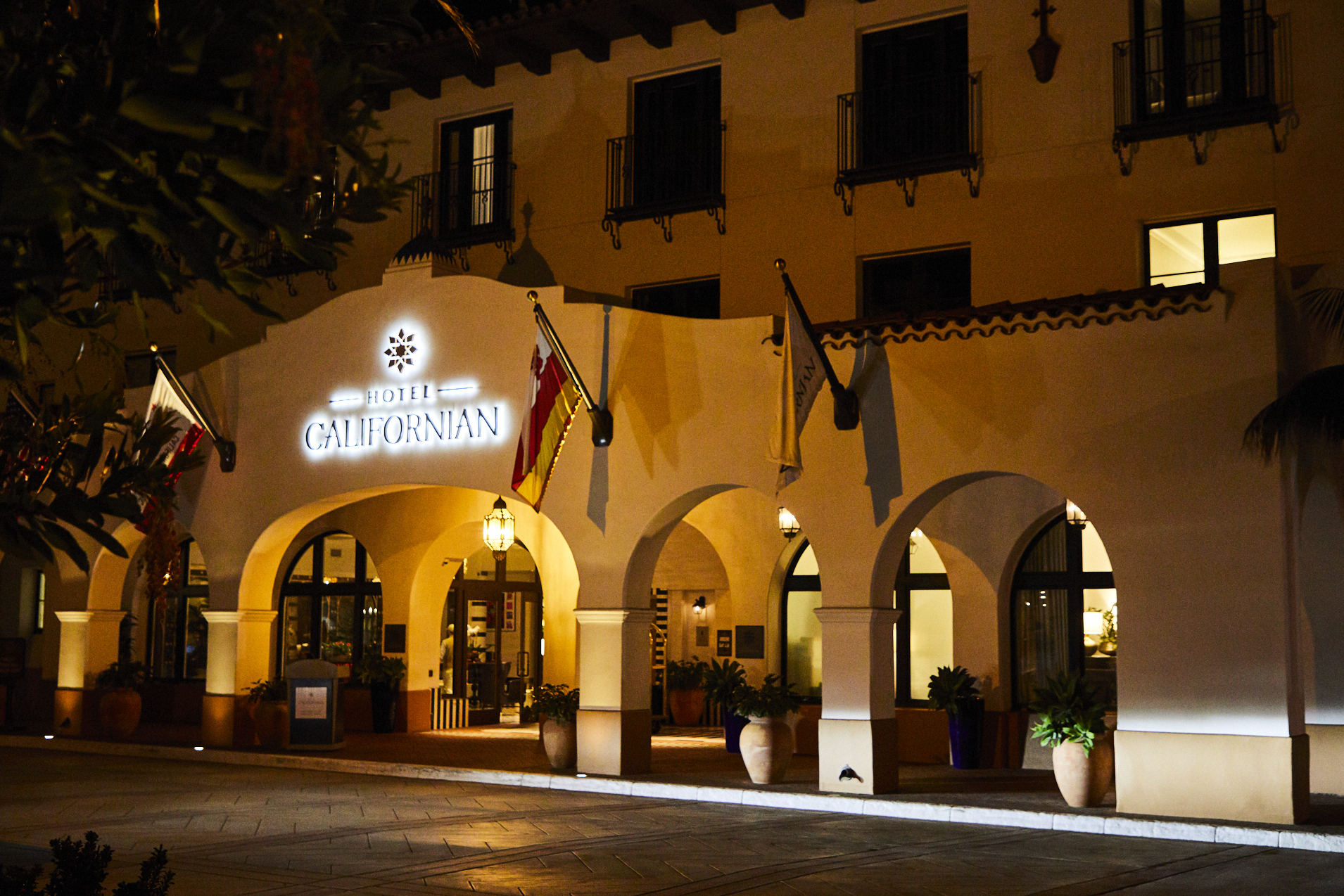 Getting away for a night or two should always be this easy—and this relaxing. Hotel Californian’s Spanish Colonial Revival architecture gives it a warm and welcoming feel throughout. The stunning spaces and Moroccan-influenced décor are the work of famed designer Martyn Lawrence Bullard, who starred in Bravo’s Million Dollar Decorators. As you check in, you’ll feel like you’ve just arrived at an international locale, but without the jetlag. 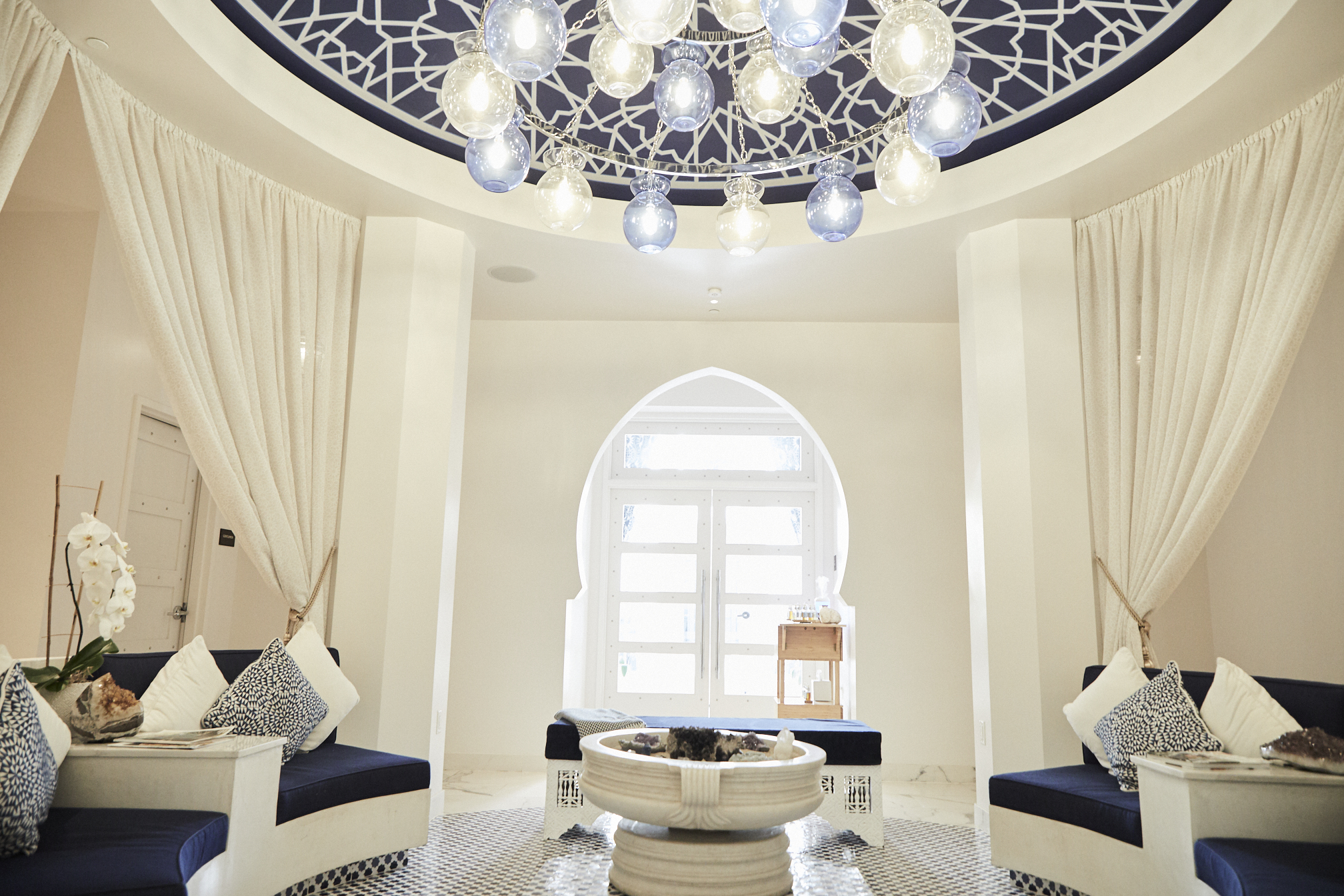 Majorelle, the hotel’s tranquil spa is named for the distinctive blue of its Moroccan tile. Take a self-care break in the steam room, or try their salt massages, facials, and more. All of the spa’s signature treatments include a visit to the aroma design bar, where guests create a personal aromatherapy blend using essential oils.

The rooftop pool offers breathtaking 360-degree views of the Pacific Ocean, the Santa Ynez mountains, and a coastline so lovely, it’s been nicknamed the “American Riviera.” Hotel Californian was recently awarded 4 stars by Forbes, and it’s the only luxury lifestyle hotel in Downtown Santa Barbara, so you won’t find amenities this nice elsewhere in the area. 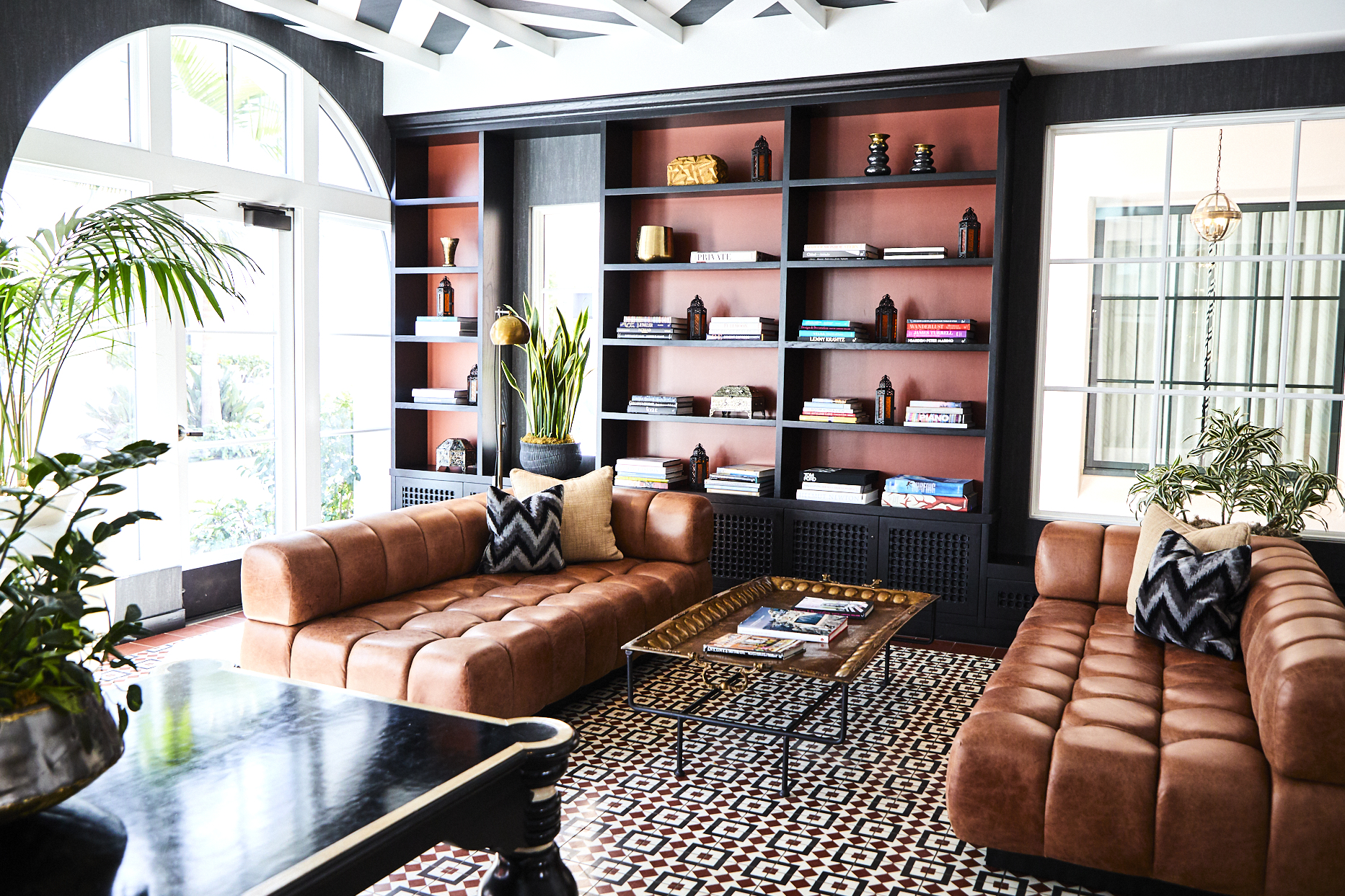 Think you’ll miss having a car during your stay? You won’t. Hotel Californian sits at the west end of the Funk Zone, a bustling and highly walkable neighborhood packed with restaurants, bars, wine tasting rooms, breweries, a distillery, boutiques, and art galleries. Head a block in the opposite direction to visit the beach or Stearns Wharf, a popular tourist attraction. If you’re inspired to venture farther from the hotel than you feel like walking, hop on one of the complimentary bicycles for guests, or catch a complimentary ride in Hotel Californian’s house car. The driver will take you anywhere within two miles of the hotel. 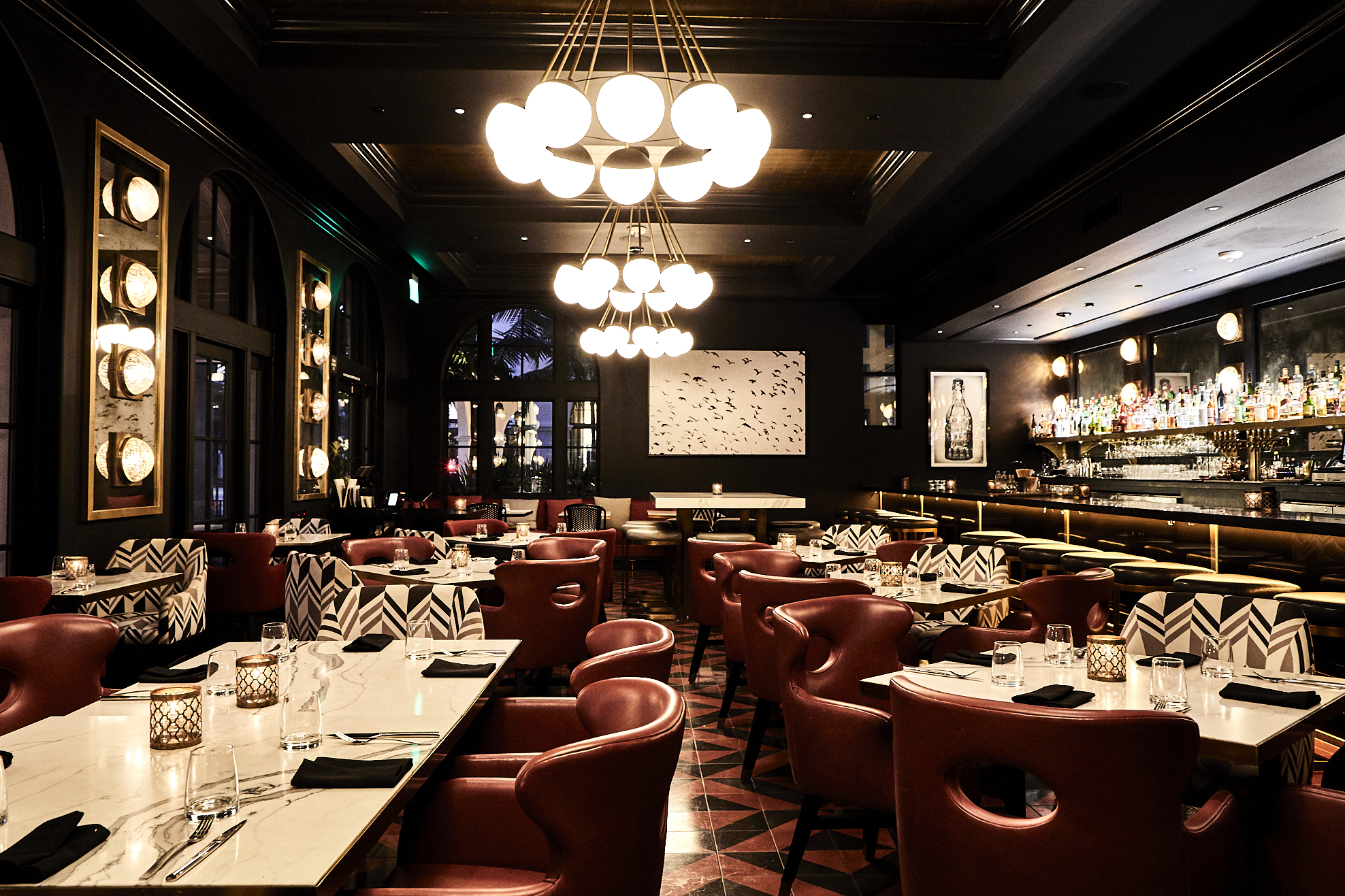 With two restaurants, two bars, and three wine tasting rooms right on the hotel’s property, you may not even want to leave. The hotel’s library bar, Djinn, is named for the mischievous genies of Moroccan folklore, and L.A.-based mixologist Devon Espinosa has created cocktails that capture that same playful energy. 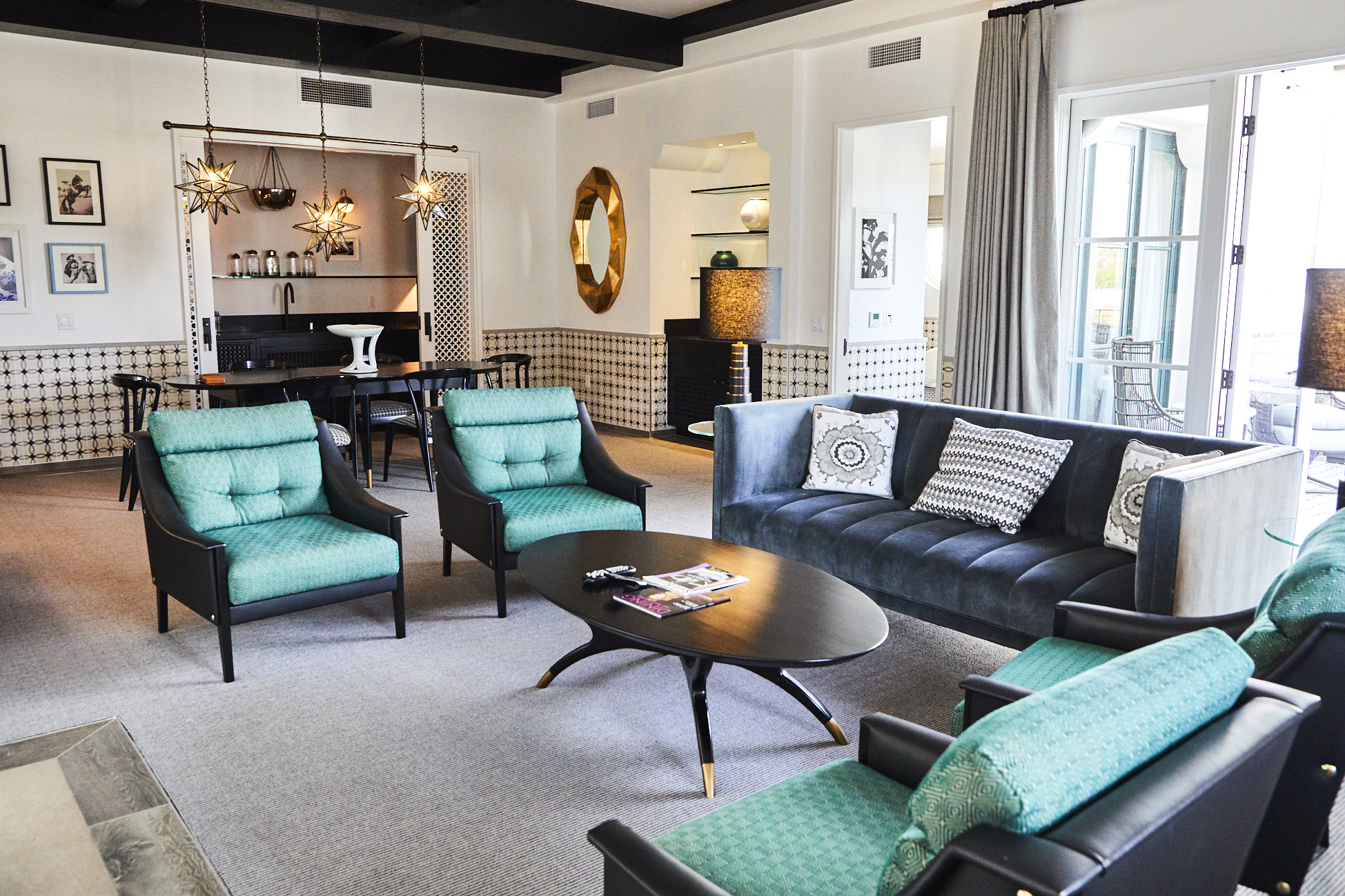 Guests will find the spirits of the djinn invoked throughout the hotel. During your stay, you may discover small gifts that are signs of their presence, including notes, poems, and recommendations. Even if the genies work their magic with a little help from the hotel’s hardworking staff, the end result is the same—Hotel Californian is a delight.