Home Travel History of the Cooks 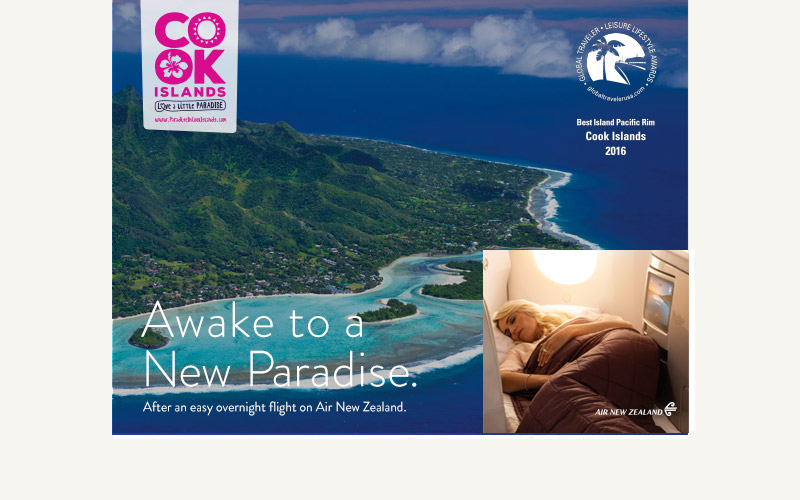 Cook Islanders regard themselves first and foremost as true Polynesians connecting directly back to the finest seafarers of the vast Pacific. It is due to their sophisticated navigation that took them fearlessly through vast ocean tracts in search of new lands that the Cook Islands came into being.

Positioned at the very center of Polynesia, the Cook Islands stretch out in a scattering of 1 million square miles. Each island has its special place within the group. But their origins are owed to the Polynesians who arrived in Rarotonga around 800 AD. These ancient voyagers had set sail from Tupua’i, now French Polynesia.

But the great Polynesian migration began in 1500 AD when the islands were gradually populated by Maori ancestors who landed in their Vakas (magnificent giant double hulled canoes which are still part of the traditional way of life) guided by the stars and the famous power of Polynesian navigation.

With the exception of a stopover from the Spanish explorers Alvaro de Mendana sighting Pukapuka in 1595 and Pedro Fernandex de Quiros sighting Rakahanga in 1606, all was quiet in the Cook Islands until around 1773.

Captain James Cook
Captain James Cook, the great explorer who, on the orders of his country, was voyaging the South Pacific for possible land acquisition. In 1773 he sighted Manuae, then subsequently Palmerston, Takutea, Mangaia and Atiu in 1777.

Those following left a more questionable wake. The redoubtable Captain William Bligh first sighted Aitutaki in 1798 and soon after, following the very bloody Mutiny on the Bounty, the buccaneer Fletcher Christian having seconded Captain Bligh’s very own boat, sailed into Rarotonga.

Christian Missionaries
As a counterbalance, the first Christian missionaries followed some decades later in 1821, and their influence was immediate. Whilst their arrival did alter many aspects of the traditional way of life, somehow the Cook Islanders have managed to beautifully preserve their proud Polynesian heritage and blend it with their Christian faith.

All this despite the fact that Reverend John Williams of the London Missionary Society and his missionaries did their best to stem what they considered to be the carnal desires of the inhabitants, but were in fact the cultural heritage of the Cook Islanders. No singing, dancing or drumming was allowed.

Fortunately the powerful Polynesian genes prevailed, and today Cook Islanders are known for their charm, relaxed approach to life and warm hospitality. The influence of the missionaries has been of benefit to all, with the beautiful white churches, the acapella singing on Sundays and the traditional mu-mu coming from them.

Political History
Originally named the Hervey Isles after a British Lord, interestingly it was the Russians who named them the Cook Islands in honor of the famous captain in 1823. In 1888, they became a part of the British Dominion largely due to fears that France may do so first. However, in 1901 New Zealand decided to annex the country despite opposition from the traditional chiefs.

Many of the islands were independently ruled by local chiefs and with no federal statutory law to decide such things. However, it remained a protectorate until 1965 and with a self-governing state under New Zealand’s auspices, Sir Albert Henry was elected Prime Minister. The distinguished Sir Tom Davis succeeded him in 1978.

Today the country is essentially independent or self-governing in free association with New Zealand which oversees defense.

A treaty was signed in June of 1980 with the United States in which all claim to the islands of Penrhyn, Pukapuka, Manihiki and Rakahanga was relinquished by the Americans and a treaty with France delimited the boundary between the Cooks and French Polynesia in 1990.

Commencing in December this year, visitors to the Cook Islands can fly nonstop from Los Angeles to Rarotonga’s lagoon-side airport in a lie flat bed!

No other South Pacific island can be reached that way.

While this is still a relatively undiscovered pristine island destination, the destination’s popularity is increasing. Air New Zealand will upgrade from an existing B767-300 aircraft to a B777-200ER operation, commencing Saturday December 3. The new aircraft offers 26 Business Premier lie-flat seats. This type of seat is a luxurious 22″ wide leather armchair with a separate ottoman footrest that doubles as a visitor’s seat. When it’s time to sleep, it converts to a 6ft 7 inch bed with a large cotton pillow, duvet and sleep sheet.

Imagine awakening to a new paradise after flying Air New Zealand’s Business Premiere at a price unmatched almost anywhere. Find out how this can be done, and take virtual tours of this idyllic destination and its resorts, by visiting AwakeToaNewParadise.com.