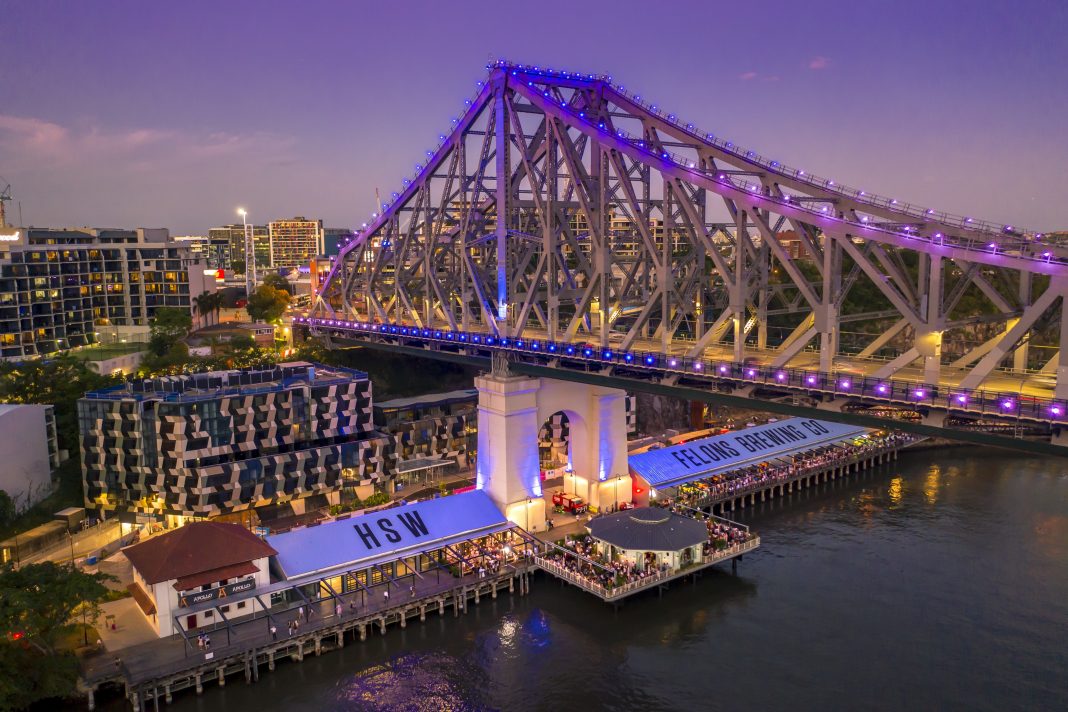 Given that its nicknames range from the familiar “Brissie” to the casual “River City,” it’s easy to see that you can take Brisbane any way you want–from laid-back sophistication to serious fun.

Australia’s third-largest and fastest-growing city, with a population of nearly three million, Brisbane offers visitors the best of Australia–alfresco dining and shipwreck snorkeling, koala reserves and river pub crawls, five-star hotels and volcanic glamping–it is an urban/outdoor mix recognizable to most Southern Californians. 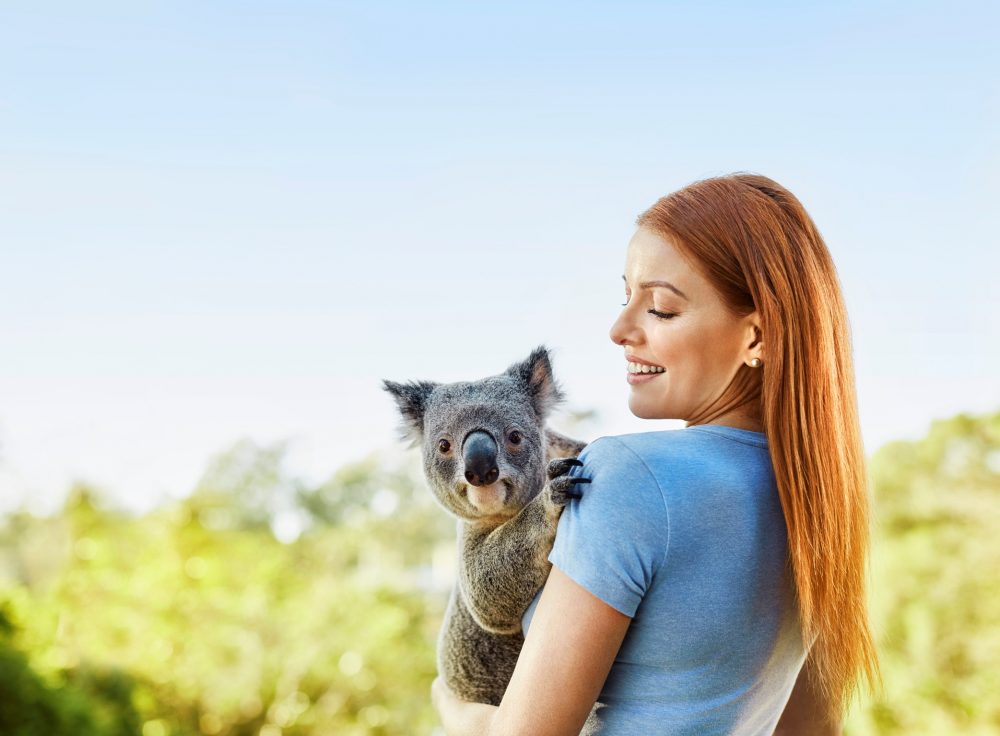 And now, all of it is easily accessible as direct flights from LA to Brisbane have now resumed –the easiest and shortest route to Australia. Once there, you’ll have a choice of exactly how much Brisbane you desire. 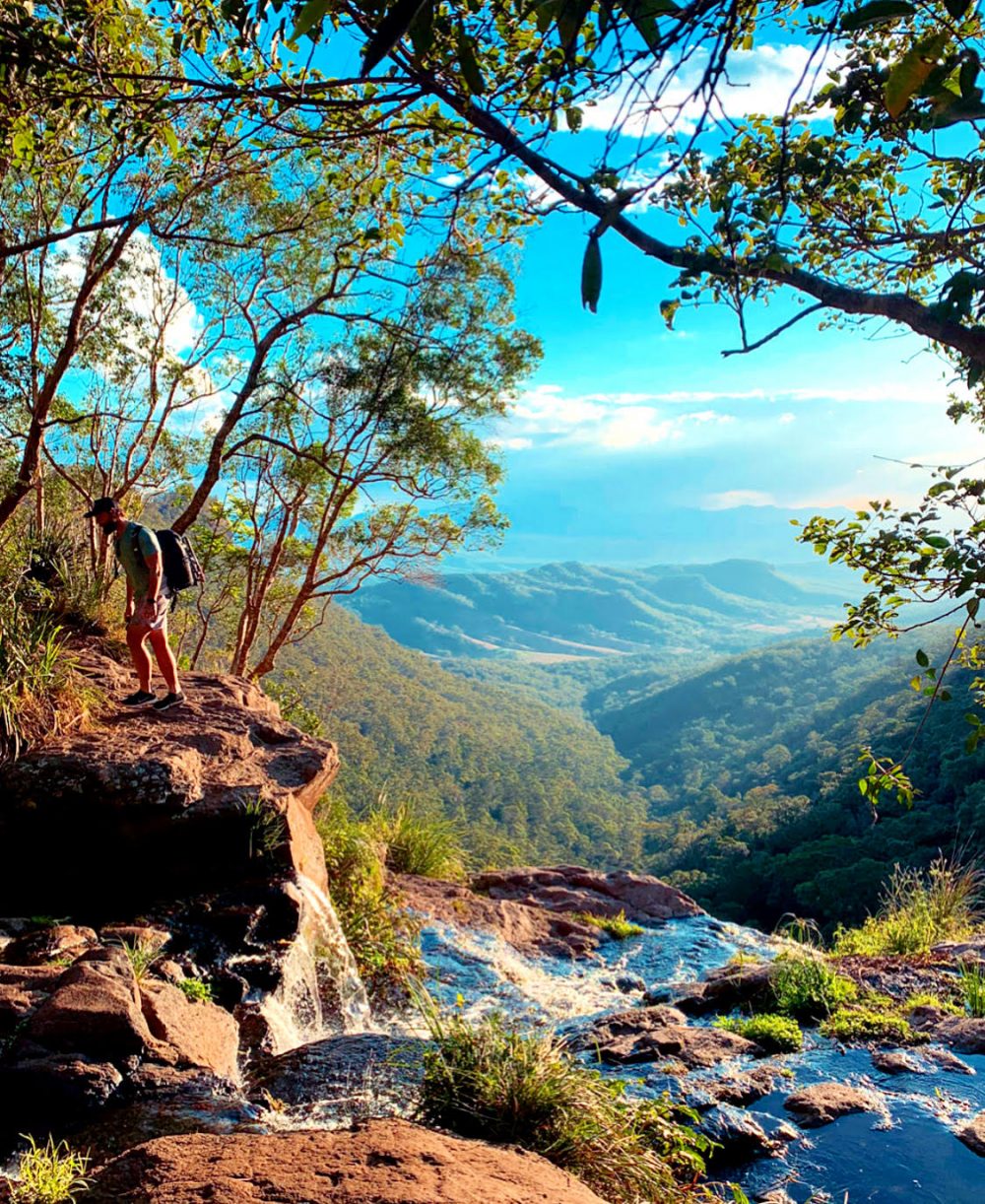 If you’re in town for only a couple of days, you might want to check out some of the city’s popular entertainment districts located along the Brisbane River that snakes itself through the city. One of the most popular, Howard Smith Wharves, is a vibrant district located under the iconic Story Bridge and features the popular Felons Brewing–a leader in the vibrant Brisbane brew scene featuring Felons Barrel Hall, a modern Australian take on the classic German beer hall –and Mr. Percival’s overwater bar, that gives off the cool vibe of a European beach club, as well as Fiume Rooftop Bar, with a spectacular infinity pool and day beds for those staying at the impeccable Crystalbrook Vincent. Not too far and you’ll find two of Brisbane’s most cosmopolitan hotels nearby–Hotel X and Emporium, both with resplendent rooftop lounges.

Also located just outside the city, in the suburb of Fig Tree Pocket, is the Lone Pine Koala Sanctuary, a 44-acre koala reserve that is the world’s oldest and largest. Here you can hold a koala, pet a kangaroo, or get up close to a platypus!

The Brisbane River is so vital to the city that getting around by river ferry is common, as are the river cocktail, brewery and dining cruises that are available when you have no place you really need to be.

One of the best river treks actually takes you just outside the city to the Tangalooma Wrecks, a one-of-a-kind cluster of more than a dozen sunken ships forming a reef home to more than 100 species of fish and, sometimes, dolphins and dugongs. The Wrecks are easily reached, easily snorkeled and easily one of the more unique experiences the region has to offer. 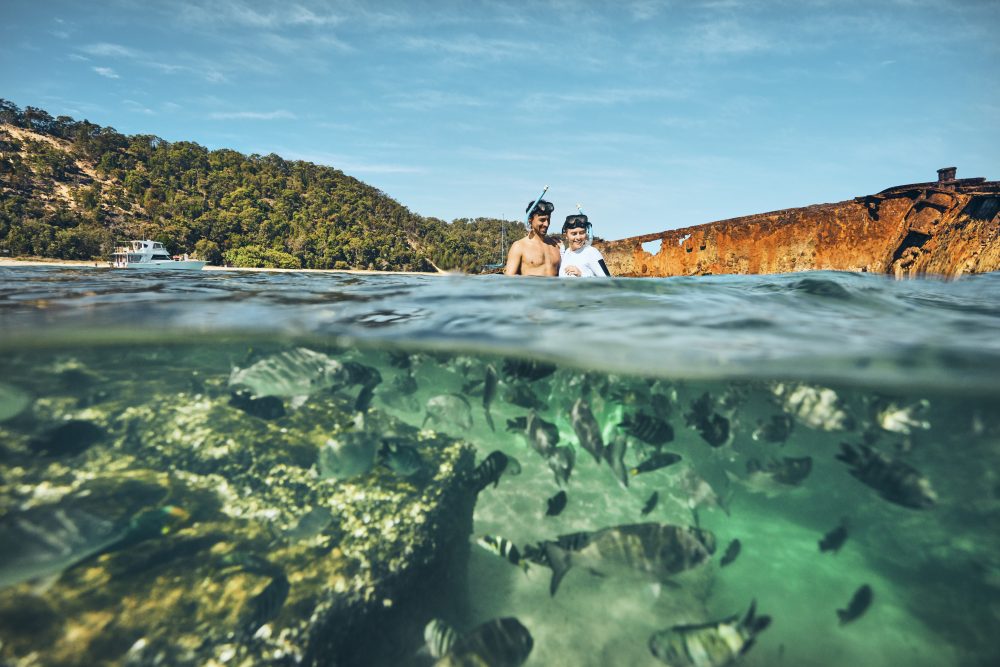 If you’re thinking of sticking around a bit longer, you may want to head about an hour outside of Brisbane to the Scenic Rim, a wondrous volcanic landscape recently named one of the best places to visit on the globe by Lonely Planet travel guide. Located just outside of the city, the region is home to a good-sized chunk of the Gondwana Rainforest, where you can hike, camp or glamp in one of the numerous luxury retreats.

If you’re looking for something more down to earth, you might try one of the Binna Burra sky lodges perched atop the mountain edge, or you could forgo all that and simply concern yourself and your palette, by indulging it at tastings at the area’s impressive collection of vineyards and artisan food producers.

If you have somewhere else you want to explore, there’s no place better to take off from than Brisbane, where the airport is the most domestically connected in the country. From Brisbane, Sydney and Melbourne are short, inexpensive 90-minute to two-hour flights and the Great Barrier Reef can be accessed in two hours to Cairns.

Planning your Brisbane getaway is easy. Just head over to qantas.com/gobrisbane to explore a range of special packages to Australia and book your non-stop flight from LA to Brisbane. So, what are you waiting for? Start your Brisbane vacation prep today.