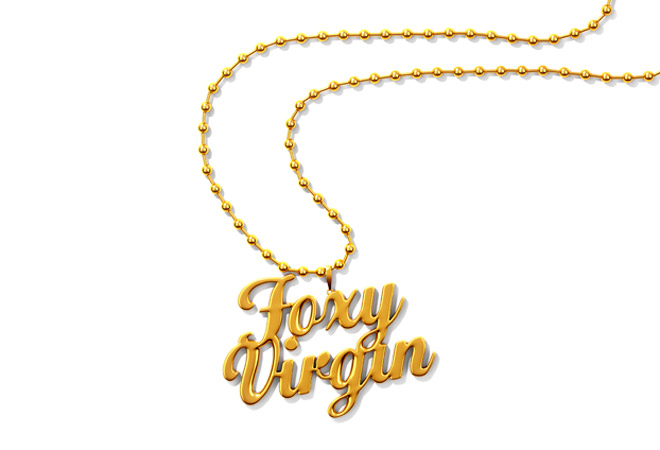 There will be no sex until my wedding night.

On account of my commitment to Christianity, I am, at 26, a virgin by choice. But before you judge me—Prude! Frigid! Repressed!—you should also know this: I look forward to having sex. You might even say I can’t wait to have it, except I’ve already explained that I can wait, and will. I may be chaste, but I’m still a sexual being—and I consider myself (and my beliefs) to be pretty darn foxy.

Secular folks tend to think those who are religious treat copulation as a tepid affair; that sex is simply a means to an end (read: babies). Allow me to clear that up. Intimacy between two people who put God at the center of their relationship is meant to be passionate, all-consuming, and incredibly hot, as per the Good Book’s orders. They just have to be married, that’s all.

Take Song of Songs, an eight-chapter poem in the Old Testament narrated by a husband and wife, as proof. Things start out PG: “How delightful is your love…my bride,” says the man, before it kicks into a biblical bow-chicka-wow-wow. “How much more pleasing is your love than wine…Your lips drop sweetness as the honeycomb…milk and honey are under your tongue.” The pair is soon on a holy roll: “Awake, north wind, and come, south wind,” the woman commands. “Blow on my garden, that its fragrance may spread everywhere. Let my beloved come into his garden and taste its choice fruits.” See what I mean? Song of Songs is the O.G. version of The Twilight Saga: Breaking Dawn (minus the vampires).

Before moving to L.A. from Chicago in 2010, I practiced chastity less as a conscious decision and more as an inherited characteristic, like being half-Greek and half-Lebanese. Once I arrived in the land of the scantily clad and the “It’s all good” mentality, my resolve didn’t weaken—paradoxically my point of view grew stronger. After I discovered the Hollywood-based church Reality LA, the once-obligatory tenet morphed into an affirmative lifestyle choice, in large part because of Pastor Tim Chaddick’s sermons on the value of striving for a God-focused relationship. The way he explained it—not only that abstinence is what God commands, but also that waiting to experience sex within marriage will make it better—helped me understand more deeply the convictions I’d adopted as a child.

I’ve had no shortage of first dates. But getting to the second one has proved tricky. On occasion I’m the one who ducks out—something the guy has said or done has tipped me off that he won’t understand my spiritual principles. Other times, when I’m interested, I come clean, delivering my “Here’s the deal” speech and revealing how important my faith is to me. A few times that approach has sent men running for the Hollywood Hills.

There are perks to keeping my ankles crossed, however: I’ll never have to experience the dreaded Walk of Shame or be tortured by the morning-after anxiety that I’m merely a notch on a man’s bedpost (or he a notch on mine). If and when I do meet my future husband, Song of Songs assures me that our sex life will one day be off the charts. Of course, I’d be lying if I said I’m never lonely or restless, but I’d rather be alone than be somebody I’m not. Patience, after all, is a virtue.