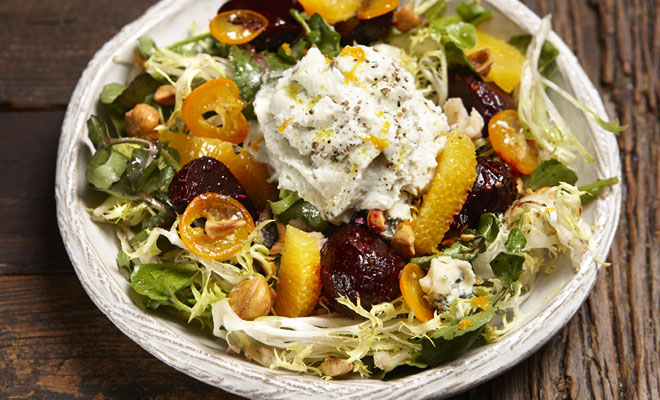 Spring has sprung! It’s official—March 20 is the first day of the season. Here in L.A., a couple of early heat waves mean that we’ve had spring fever for a few weeks already. Warmer weather and later sunsets also help us forgo those roasts for slimmer salads come dinnertime. Chef Danny Elmaleh of West Hollywood’s Mercado di Vetro has included a riff on the classic beet salad on the restsaurant’s new spring menu, which was introduced this week. Instead of creamy goat cheese, Elmaleh whips Spanish Valdeón blue cheese to a frothy foam, which helps distribute the pungent flavor to each and every hazelnut, kumquat slice, and crisp sprig of frisée.