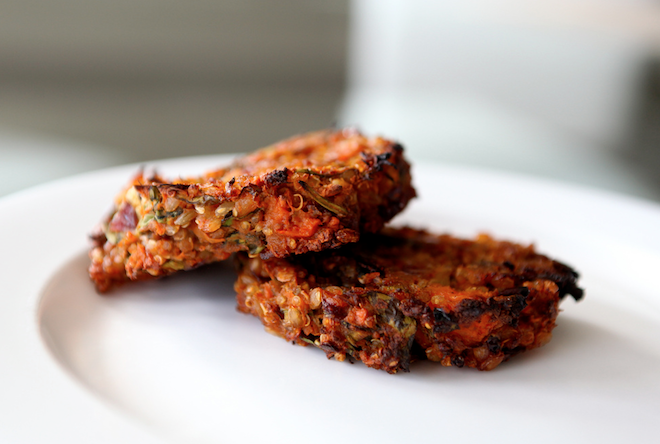 We’re caving in. Thanks to the recently released Paleo Foodie Cookbook, the diet du jour, a Fred Flintstone-inspired regime heavy on protein and vegetables (and light on processed foods, grains, and gluten), has caught our attention. Authors Arsy Vartanian and Amy Kubal tested and tasted 120 recipes that would please any food-lover—not just the ones that have gone paleo. This gluten-free diet isn’t all steaks and salad. Think: coconut curry Thai mussels and cumin-roasted carrots. Vartanian and Kubal’s sweet potato salmon cakes, with a golden outer crust and pillowy interior, sound like an easy weeknight dinner. And, just think about lunch the next day. Your usual deli sandwich? It pale-os in comparison.