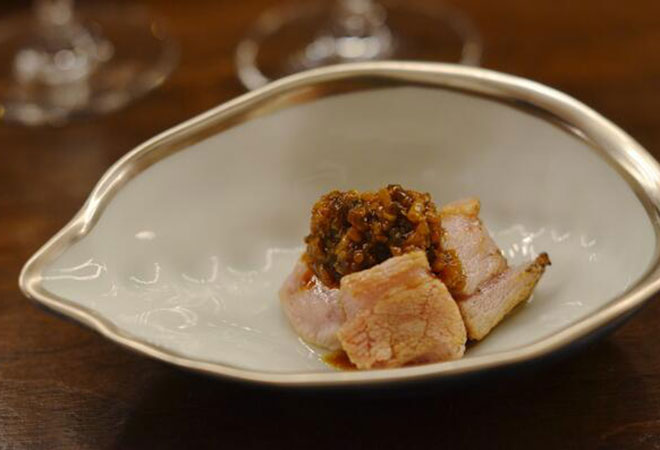 The latest arrival in a wave of top sushi chefs setting up shop downtown is Hiroyuki Naruke, a 30-year veteran recruited by three L.A. lawyers who frequented his six-seat sushi bar in Tokyo’s Roppongi District. Q’s omakase-only policy means your meal will run at least $165 per person (roughly the same price Naruke charged diners in Japan), but the reward is an experience that seems to have lost nothing in its trans-Pacific translation. Seared toro comes dabbed with fermented sansho pepper paste, and silvery slices of shad gain depth from red rice vinegar. Naruke’s ingredients and techniques should excite even the most seasoned sushi aficionado. » 521 W. 7th St., 213-261-3479.