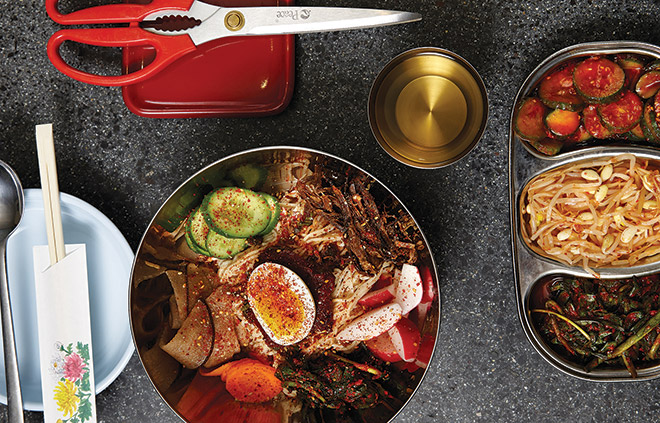 Roy Choi’s flashy Kogi concept transformed the “roach coach” into something more than approachable—it became cool. With POT, Choi’s not-so-subtly weed-themed restaurant at the new Line Hotel, he is attempting to do the same thing for Korean cuisine. You’d never know that electric cooktops were built into the tables—they’re so quickly covered by sizzling platters of spicy barbecued pork, fried rice smothered in uni, and black pots gurgling with ingredients like Spam, instant ramen, sweet shellfish, and something dubbed “funk.” It’s all wickedly delicious. Better than the stuff you’d find at any area mom-and-pop? That’s hard to say. But Choi has already proved the profound power of good packaging. » 3515 Wilshire Blvd., 213-368-3030.