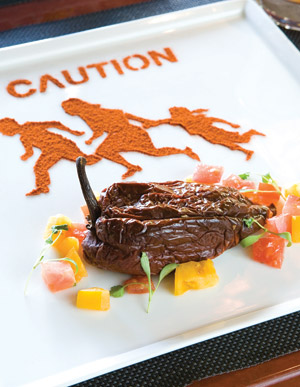 Tortilla Flats: With pansies and sage
Photograph by Jessica Boone