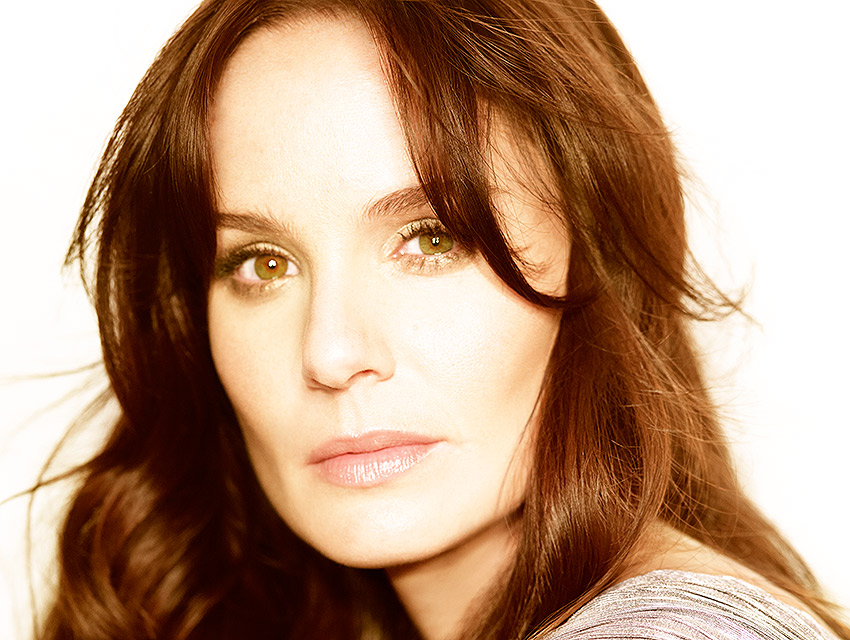 The Huntington Library and Gardens I don’t live in L.A., but sometimes when I’m filming in L.A. I need to feel like I’m not in L.A. Huntington Gardens is wonderful—it makes me feel like I’m in Europe or some sort of far-flung bucolic place. I bring my kids there, and they can run around, climb trees, get dirty, and not worry about getting hit by a car. The Japanese gardens are my favorite corner. If I could build a tree house and live in the Japanese gardens, I’d do it. I grew up in Hawaii—I basically grew up in a rainforest. And I’ve found little pockets of L.A. that feel like Hawaii. Arcadia is a one-two punch. Have brunch at Din Tai Fung, get hopped up on tea and soup dumplings, and go bum around Huntington Gardens. It’s my new favorite workout. I studied trapeze for three years in grad school, and I’ve been looking for a place to do it in L.A. Aeriform Arts does everything—trapeze, pole dancing, aerial silks—and it’s an amazing workout. Absolutely tremendous. Trapeze gets everything in shape: your back, your core, your arms. There are women of all shapes and sizes. That’s my biggest beef with L.A. You go to a class and everyone is a size 0, and you walk out and feel no good. Here, you never feel that. It’s wonderful.

It’s a Chinese foot spa. A reflexology joint. I was referred to it by one of our makeup artists on Colony. We had one of those weeks where it was stunt after stunt after stunt, and I was feeling like I had been hit by a truck. It’s super inexpensive, they’re so nice, and you can get everything from a foot massage to a full massage. If I live to be 100 it will be because of Jolly Foot.

I love LACMA. I feel like I always learn something. So much of the art is not just deep and profound but fun. And a sense of fun in art is often overlooked. They have something called a NexGen Pass, and kids get free admission until they’re 17. They’re fostering this amazing sense of art appreciation in kids where it’s free to see some of the best art in L.A.

I’m obsessed with Ethiopian food. I’ve eaten at all of those restaurants on Fairfax, and Meals by Genet is the best. Genet is the owner, and she cooks every meal. They have the nicest waitstaff in L.A. There’s this one guy who I want to take home and put in my pocket; he’ll take you through the menu and the culture. It’s a place where they’ve got amazing vegan food and gluten free food—everyone has one of those friends who’s like, “I only eat five pieces of lettuce boiled under a full moon.” You can feed them there!

They’re tremendous, they’re small, they’re honest. I know the artistic director, and I have a huge respect for the work they do. When you go see really good theatre, there’s something really focusing and inspiring about it. My favorite thing I saw at Antaeus was a collection of [Bertolt Brecht’s] Mother Courage And Her Children that they did in an old warehouse. I’ve seen five productions of Mother Courage, and they killed it.

For The Walking Dead, they always put us up at the Four Seasons. It’s the nicest hotel I’ve ever stayed in, and the bar downstairs is unlike any place I’ve ever seen in L.A. It’s the kind of bar that’s always interesting and entertaining. People roll through there. You’ll see Burt Reynolds sit with Sylvester Stallone, and ten minutes later there’ll be a Kardashian. It’s a cross section of Hollywood. Part of the bar is right next to the entrance to the hotel. You’re sitting there and some 1989 Honda Civic will chug up, and right behind it will be a Rolls-Royce Phantom, then there’s flashbulbs. It feels like old Hollywood in the middle of a pretty low key, residential neighborhood. But be careful what you order—I once got a double shot of whiskey, and the bartender said, “I just want to warn you, this an $80 order.” I was like, dude, thank you for warning me—I’ll take a PBR.

It feels like a beach in Hawaii. Last time I was there, there was eight-foot shore break. Something about it feels…I don’t know. I don’t spend a lot of time in Malibu, but it’s the place I go when I’m missing home because it just feels like Hawaii. But I’ve got to be on the beach by nine, because by 12 you can’t park.

I hate to shop. I hate it. Ninety percent of my clothes come from a wardrobe truck at the end of the year. But when I need something, I’m not going to go buy a $400 jacket. It’s not me. This place has samples—stuff from all over L.A., so there’s no telling what’s going to be there. I walked by it one day and I thought, Oh, I don’t have any shirts that my son hasn’t decorated with squash or mud. I should have something to wear out with adults so that I don’t look homeless. And because it’s sample, it’s really affordable. I’ve worked stuff of theirs on red carpets. If you tell them what the attire is and where the venue is and the approximate budget, they’ll put it all together: the shoes, the jewelry, the bag.