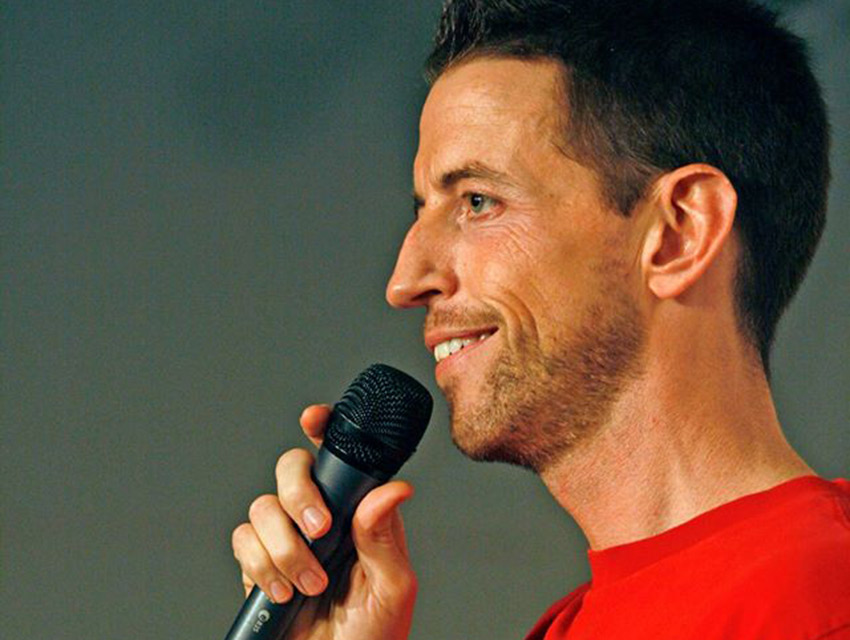 It’s vegan, but it’s not punishment vegan where it’s like, “we’ll give you food and you’re going to sit at a piece of wood and eat it!” It’s a place where I take people who are not vegan and indoctrinate them. It’s just good. This is what I tell people about being vegan: Most of the time, what you’re tasting when you’re eating meat is the sauce. It’s like, we have those over here also! I’d say that meat and protein are basically sauce delivery systems. And I’m not vegan because I care about animals. It’s because the animal industry is tearing up the earth.

Largo at the Coronet It’s probably the most snobby—or as the word is, “curated.” It’s the snobbiest and probably the best. It’s a good space. It feels artful. It feels like you’re seeing something. Largo is the only place where I feel like I could possibly degrade the stage somehow with shitty jokes. The thing about reserved seating theatres is that they take the power away from the movie. I’m not going to rush! I’m going to get there when I get there! They’re going to show previews and I’m not going to have a heart attack. I paid money to be late. I don’t mind previews, but I just find there’s too many now. I hate to be an old man about it, but it’s like, dude you have to cut down on these. And then there’s the ad for the theatre you’re already in. It’s like, I’m already here. It’s big but it doesn’t feel big. It’s grand and intimate. It’s really good. I think the last band I saw there was either Broken Bells or The Roots. But I can go as far back as seeing the Beastie Boys there. I have a show there every Sunday. It’s the only comedy on the westside at all, and it feels super workshoppy in the best possible way. I have a lot of friends who’ll stop by that’ll come and do the show unannounced. It’s very warm. There’s a bar in the room, Edison bulbs—it just reads warm. It feels like it could be in Madison, Wisconsin. It would be the cool place in a city like Houston. I think L.A.’s comedy scene at this point is probably the best in the country. I have a bunch of gift certificates to Supreme, so that’s why I go there. But it’s cool. It’s pretty impressive they’ve been able to keep their indie cred for so long. They will probably say hello to you, so if that kind of thing throws you off, don’t go there. The Comedy Store probably has the best regular lineup of any club in the country right now. The shows on the weekend would be fundraisers in any other town. Bill Burr, Anthony Jeselnik…there’s just really good people there. Sometimes I’ll get a bad time, and I’ll be like, what the hell! And then I’ll look at the lineup and be like, yeah, that makes sense.