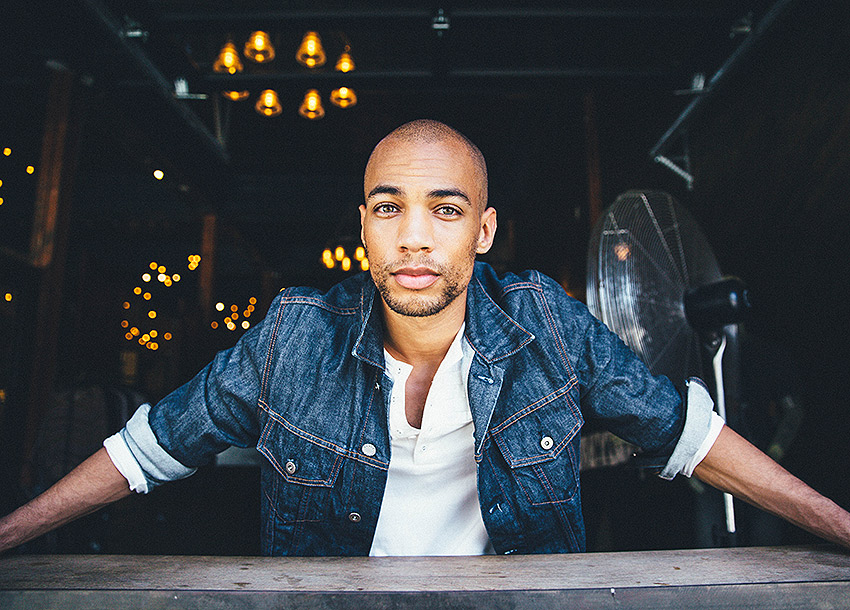 It’s the most famous theatre in the world, and it’s beautiful. Inside, the architecture and all of the décor is amazing, and now they’ve renovated it to have stadium seating. I buy my ticket like two weeks in advance—I’m very particular about my seat. Not too low, not too high, and it has to be in the very middle of the screen. It’s one of my favorites in L.A. They have this confit fried chicken leg—but it’s not like fried chicken. It’s something you’ve never had before. They have this brioche butter in this sauce that they spread over the chicken, and there’s this salad they pile on top with a citrusy vinegar dressing. Their steak, their burgers, their sole—not one thing is bad. I don’t want to leave. I’ve been going there for years, and I love the teaching and the music. They’re so accepting. And the second largest organ in L.A. is at that church! Once I was flipping through a book of architect Paul Williams’ biggest accomplishments, and smack dab in the middle is Mosaic. He did Sinatra’s house, too. What can I say, I like going to work. I love going to film How to Get Away With Murder. It’s not too far from my house, and I like walking—so right now, it’s one of my favorite places. There’s the pizzeria and osteria, and the food is just awesome. It’s like my Cheers. I go once a week and sit at the counter and gorge myself on everything. I actually prefer the pizzeria because it’s casual, and I know everybody there—I go on Thursdays and get the ribs. They have the best ribs in L.A. I love driving around Hancock Park. I think it was designed in the 1920s, and it still has that feel. The streetlamps and trees that line the streets are all the same. It’s beautiful and peaceful, and it’s right in the middle of L.A. The same guys who own Petit Trois own it, and they just started a brunch, so every Sunday after Mosaic I go to Animal and chow down. They have this cinnamon cornmeal waffle with caramelized apple and nuts on top. It’s like a pecan apple pie. They also have steak and eggs with a truffle vinaigrette, and this smoked sausage patty, and the bacon is freaking amazing.

The University of Southern California I don’t go very often, but it’s beautiful, and the architecture is great. That’s the type of school I would’ve loved to go to. Some great people have walked through there and learned there and sat in those halls. I always know someone attending the school, and I can sit in their classes and learn and just walk the streets. I love talking to the students and encouraging them.

The Studios at Paramount It’s the oldest studio in Hollywood, and the only major one there. It still has those original gates. You walk through there and you feel like—depending where you are in the lot, you feel a bit of old Hollywood. I remember going during awards season, around Christmas time. Awards season is big for me—I love following all the films and who might be nominated. They had a screening of The Lovely Bones, and a Q&A with Peter Jackson and Saoirse Ronan, and there was so much legroom and the sound was amazing and there were Christmas decorations. I love it.