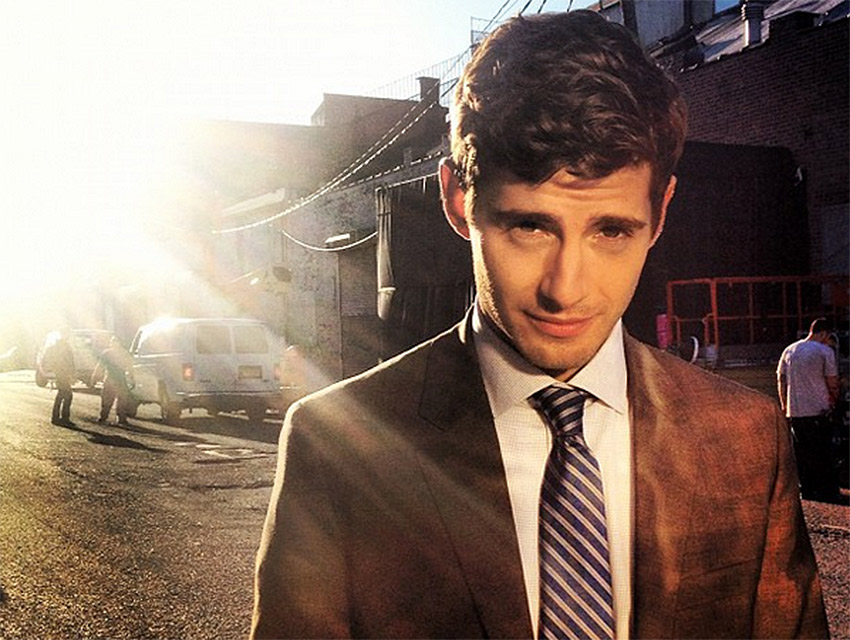 I go to Joshua Tree for weekend getaways. I love the quality of the light—it’s a medium of what I do. That’s one of the reasons I love L.A.; it’s not like New York or Chicago or London, where a lot of the light is blocked out. In L.A. you have a lot of light—that beautiful, golden California. I’ll hike, I’ll climb over the rocks, and I love staying with friends at… The place is awesome. There is a concrete pool and a bow and arrow range and this hot tub where you can drink beers under the stars—not to mention the trailers are all themed. It sounds very garish and kitsch, but it’s brilliant. There’s one called the Integratrailor, which “boasts a large bed and a star machine”—I’m really selling this, aren’t I? Then there’s the Pioneer, which is Western-themed. My favorite is The New World, named after Roger Corman’s studio. It’s this original 1950s trailer with an editing suite for filmmakers. The place can have a party atmosphere, but if you stay near the back of the park you can relax. Plus you’ll always meet really cool, interesting people. I would say it’s the preeminent independent space that supports L.A. artists, but above all, their programming is great. Their taste is brilliant. I go when I want to see great art in L.A., aside from the Getty and LACMA. Alex Israel is a friend of mine, and he’s also an amazing local artist. He did that famous portrait of himself, a profile in sunglasses, on Sunset. LA><Art had an association with those billboards. One of the great joys of being in L.A. is that it’s always had an amazing art scene, but it’s definitely growing. When I first moved to L.A., my memory of it was all associated with what I saw on TV. Hollywood Boulevard would carry nostalgic value for me just from what I saw on screen. But then you make friends and go out with them, getting so drunk you cant walk, and all those spots then carry meaning because of being there with friends. With the Troubadour more so than any other venue, I have great memories of seeing music there with my dad and with my best friends. I saw two amazing shows this year: Hozier—and I was thinking, this is the last time I’m ever going to see this guy in such a small space—and War on Drugs, my favorite music experience of the year.

The Echo and Echoplex After a night of music, go out dancing. I love the Funky Soul night. I think a couple of friends took me along—you can’t go wrong with Funky Soul. Wake up on Sunday and get out there to any of those great beaches. It’s massive. It’s sweeping. I like the beach, the nature—it’s one of those things where I’ve got specific memories at specific beaches. Point Dume at the end is really cool. And I love to drive alone and listen to music really, really loudly, so driving up PCH is brilliant. I always take that if I have time to drive up to San Francisco. It’s definitely longer, but it’s amazing. My favorite aspect of Living in L.A. is how big it is: the communities, the different cultures, the various vibes and scenes. It’s a city with distinct puzzle pieces of culture. I can’t wait to go to Japan, but of all the places I’ve been, L.A. has the best sushi restaurants—and you can’t go wrong with the sushi restaurants in Little Tokyo. There are so many good ones that you can get lost in it. Little Tokyo is so different and unique from anywhere else in L.A. I really like getting lost in the light and the language and the signs. Going to places like that, Koreatown, Little Ethiopia, and Little Italy in downtown—there’s still so much I’m discovering about the city. You have to make a point to get to know L.A., but once you do and once you commit to that, you’ll be rewarded.