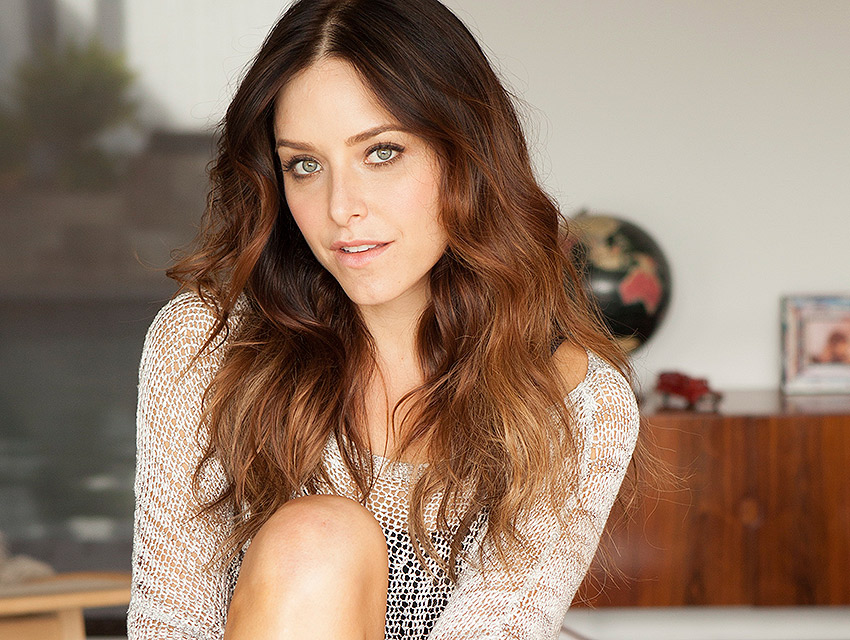 It’s probably my favorite sushi in L.A. right now. There was an empty, raw-fish shaped hole in my heart, and Echigo has managed to fill it. It’s very old-school sushi, no California rolls, just bare bones, but totally delicious. I get the omakase. I don’t go there for ice cream; I go there because I’m obsessed with their homemade almond milk. It’s the best almond milk I’ve ever had in my life. They put dates in it, so it’s sweet. Sometimes I’ll go at, like, 9 a.m., even though I know they don’t open until later, and I’ll just wait outside, because I really would like that to be the first coffee I have in the day. I love Cryo. If you go, they’ll usually give you the first one free so you can try it. Ask for Robin. You basically get in a cold chamber and they freeze you. It’s like a dry ice bath. I’m obsessed with their scarves. It’s two sisters, Lily and Hopie, and they design them in India. The hand block printing on these silk scarves is just stunning. They have a show room downtown, and I’m dying to get more of their stuff. It’s so versatile and, in this weather, it’s kind of all you want to wear. I love them. They’re the best dry cleaners I’ve ever had. They do typical stuff like jean hems all the way up to ball gown alterations. I’m obsessed, and it’s relatively inexpensive. It’s scary to pick a dry cleaner because they can ruin your life, but these guys are great. I kind of hate yoga, but I like this place. It’s flow yoga, so it moves fast. You’re in a room that’s insanely hot, but not sweaty and disgusting. And I always love a place that has a juice bar attached. It’s hard to make it through class, but it’s worth it. You’ve got to set yourself up for the challenge. You feel about 10 pounds thinner when you leave. I like all of their restaurants, and we thought about having them cater our wedding, but we ended up going out of town. But they’re so innovative. Some of the most exciting chefs in Los Angeles. It’s an underground dinner club. It’s genius and otherworldly. Go here if you want to have a crazy, full-on visceral experience when you eat. It’s not like going to a restaurant; the menu is constantly changing and never has the same thing twice. Bring a drink of your choice and be surprised. It’s like art on a plate. At Westside, I feel like I have the whole place to myself. The food is better than anywhere else, and it’s just like an eclectic assortment of movies without dealing with any of the Hollywood bullshit. It’s also reserved seating. It’s like all of the plush, but none of the drama–and I don’t feel like I’m going to run into my ex-boyfriend there. You can get fruit on almost any street corner in L.A. It’s a favorite of mine. I love getting the mango with lime and chili powder. If you’re coming to L.A., don’t be afraid of the fruit stands. It’s not like street meat in India.