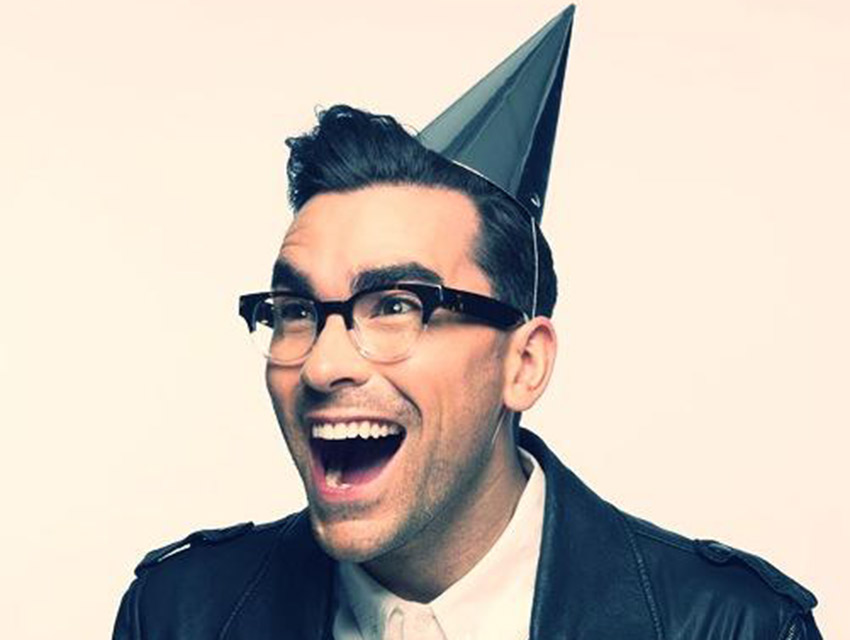 This place is a hidden gem, and I can’t believe I’m sharing it publicly, but I would recommend this little spot to anyone. Particularly someone who has glasses. It’s a family run, tiny shop in a strip mall, and I have been getting all of my prescriptions put into glasses there for the past four years. Anyone who wears glasses will understand how expensive it is to put lenses in frames;  Hye Optic is wonderful, but most importantly, it will cost you a fraction of the price. I’m talking $50. In addition to Schitt’s Creek, I also have a line of eyewear called D.L. Eyewear that I’ve done in Canada, so testing out frames is important. Finding this place has saved my life. I want them to stay in business forever. This taco truck in Silver Lake has the best tacos, the cheapest tacos, and it’s there every night from 8 p.m. til 2 a.m. I know that the taco truck thing is a sensitive issue to a lot of people. People in Venice think there’s one in Venice, but I stand firm behind Taco Zone. I get the brisket mulitas. It’s like a taco if all the contents of a taco were put between two soft tortillas with melted cheese. If I am in need and I don’t want to cook, which is a regular occurrence, I’ll hop in my car and be at Taco Zone in two minutes, and I’ll be very happy with my decision. It’s a pet-grooming salon where I take my dog, Redmond. He is part corgi, part long-haired dachshund. Very cute, very low to the ground. He’s a low-rider. The place is right near UCB, and they have a location in West Hollywood, too. I feel weird about leaving Redmond to get groomed because he doesn’t like it, but Tailwashers is the best, and they do a great job. They’re in this secret garden of an alleyway in downtown L.A. It’s crazy; you get out of your car and suddenly you’re in this enchanting little alley. I go for lunch because they have the best sandwiches in the city. Not a wide variety, but very well curated. I get the Guildsmith. But they also do really amazing dinners; the owner was telling me that they do these big, communal tables. You pay a certain price and he serves you dinner. It’s a very personalized experience. Whenever people come in from out of town, I take them there. I go to this lovely, lovely woman who does alterations for me. She is a character—hilarious, super sweet, and she does amazing work. You would walk right by it if you didn’t know it was there, but she does really bankable alterations, and she’s very affordable. The whole experience is really fun. It’s a home and garden store, and they sell everything from outdoor plants to indoor plants to really great, high quality flowers to plant accessories. I’m clueless when it comes to flowers. I’m good with furniture, very bad with plants. I bought three orchids last time I was there, and they’re still alive and kicking, which is rare for me. They also have those big leafy trees, and they do deliveries. In addition to all of the garden stuff, they also sell really beautiful home things; I bought some amazing clay planters there. The collection is very thoughtful and really well edited. I’m not a green thumb, which is why I like to go there. They have taste! It’s a beautiful store in addition. Take a few minutes to walk through. Even in the past year and a half, Silver Lake has come up two fold in terms of the variety of restaurants that have moved into the neighborhood. El Condor is a new Mexican restaurant. It’s great, and it’s local. You can always get a table, and the vibe is really nice. They do a mushroom queso that, despite being told I should not have dairy, I eat anyways because it’s so worthwhile. They also do a really happy hour there. Mexican shouldn’t be my favorite cuisine, but it is. I’ve tried to live a healthier lifestyle since moving to L.A., but it’s not really working. I love food, and I’m a foodie; I try to hit as many restaurants as I can. I never pictured L.A. as a hub for amazing food, which I learned quite quickly is sheer naivete. The restaurants here are insane. There are very few places that I will go specifically with a large group for a festive night out, but it’s great for a fun experience. A lot of times I’ll get a big group to go because it’s a lot of shared plates. They have one of the best French dips I’ve ever had, and it’s just a really fun night out. It’s always a good stop. I’ll usually go during the week because they’re so busy on the weekend. There is a lot of taxidermy, antique glass, all the mixologists are in bowties and white jackets, and they serve a mean Negroni. And the ambiance is really nice. We’ll usually do a night that consists of food at Black Cat and then heading to Bar Stella for a nightcap.

Schitt’s Creek airs Wednesday on Pop at 10 p.m. (ET/PT). To find your channel, go to Poptv.com.

Where to Find L.A.’s Most Instagram-Worthy Floors in Real Life

Six L.A. Coffee Shops Where the A/C Is as Satisfying as the Coffee