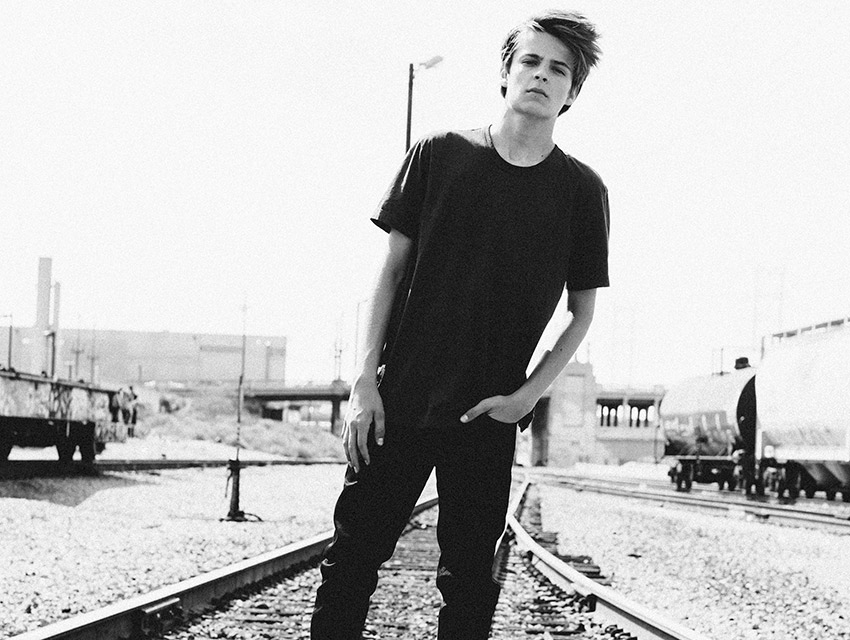 It’s a really awesome record store. I’ve been going there for about a year. They have all types of music, vintage posters, and books. It’s such a cool place to just go and look around. It’s a great place to get gifts, too. I am a huge fan of musical theatre, and since I don’t get to go to New York very often, it’s nice to be able to go see all the national tours that come through there. The last show I saw there was The Phantom of the Opera. It was really cool—I actually got to go backstage for a tour and meet most of the cast, too! They have the best pizza—I always get the Margherita. And I love their macaroons. I got introduced to macaroons there. I’d never had them before, and now I love them. It’s a super cool place to go see concerts up in the woods. It has a really nice feel to it. I saw Christina Perri there a couple months ago, and it was really cool. I’m really into photography, so it’s kind of like being a kid in a candy store to me. I got my Nikon from there. I’m really into nature photography and architecture—I don’t do portraits currently, but I’d like to get into that, too. It’s a really cool outdoor train museum in Griffith Park. I went there a lot when I was younger because I was super obsessed with trains, so that was one of my favorite places to go. My favorite thing to do there is go to a Kings game. I love the Kings. My dad’s been a big hockey fan for a while, and I was born into it. I like watching the games on TV, but the atmosphere when you go to a game live is really fun. This is where we shoot Girl Meets World. I spend half of my life there, so I’ve made a lot of memories just hanging out with my cast. We’ve been there for two years now.

Peter Pan and Tinker Bell: A Pirate’s Christmas runs from December 9 through January 3 at the Pasadena Playhouse. Visit the Web site for tickets.