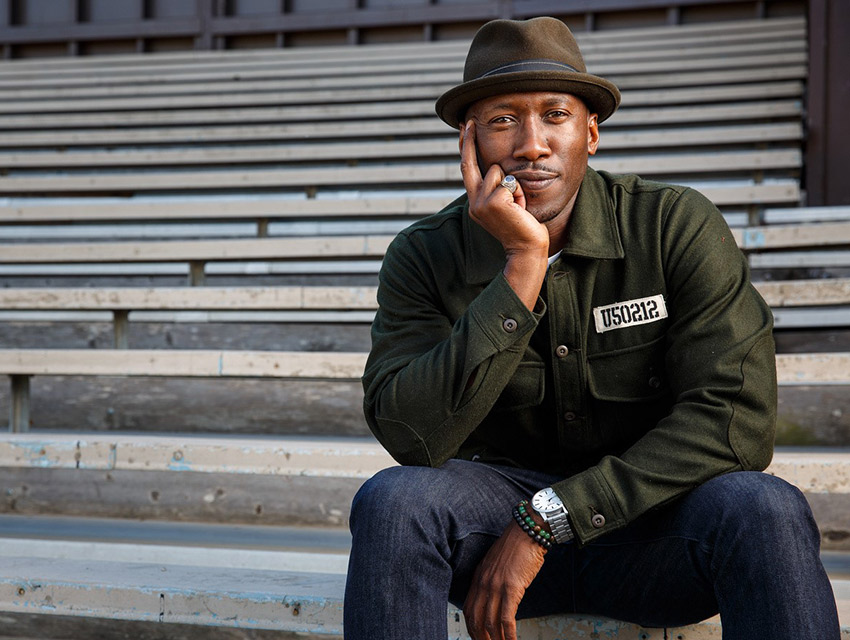 What’s so great about L.A. is you always have people showing you these secret spots. My wife moved to L.A. with me shortly after we got married, and she took me to Matador out in Malibu. We went a couple times, and I absolutely loved it. It feels relatively private—you’re somewhat secluded by the rocks that poke out in the ocean, which create this alcove. We spent an afternoon out there hanging out and picnicking. It’s gorgeous. In L.A., there’s concrete everywhere. But what I love about Runyon Canyon are the hikes and being able to go out in nature and take it all in. People appreciate the outdoors in L.A., but if you’re there long enough, you can take for granted what it really has to offer. You don’t really have to have a gym membership in L.A. You can just go outside and go for a hike or go for a walk. It’s my favorite bike shop in L.A. They have really cool, very unique bikes—commuter bikes, things you could ride on every day, but they also have more of the high-end road bikes as well. If you want to work on something with them, they’ll order something for you. They’re great guys. Really easy to talk to, and approachable. In bike culture, a lot of the guys in some of those shops can be arrogant—it becomes this thing of who knows more and what do you know and how cool is your bike. It can be off-putting sometimes. But at Golden Saddle, they’re really cool. It’s not a big shop, but when you go in there, you can get anything you need and get it taken care of. Believe it or not, I cycle a lot—even with all the traffic. There are a couple places where it feels as safe as it’s going to, and there are a couple loops I’ve created where I can see a lot of the city. It feels great. When I was living in Los Feliz, the ride that I would do almost every day was from Los Feliz all the way up Sunset into downtown. Then I would loop around and go back up Cesar Chavez, which bleeds into Sunset, and I would ride up the hills through Echo park and back into Los Feliz. I loved doing that ride. It would probably take me about 45 minutes depending upon how much I was obeying the lights. I’ve definitely gotten a ticket going through a stop sign on my bike.

Another ride, if I’m feeling up to it, is a shorter ride from Los Feliz that’s tougher on the body. It goes from Los Feliz up to the Griffith Observatory, and that is amazing. It’s a nice, windy path with a gradual incline on the way up. Then you get to come back down the hill with the speed, so that’s a blast.

The last ride I would do was out to Venice or Santa Monica from my place in Los Feliz. I would do that to take advantage of the destination. That’s usually a three-hour trip—it would take me a little over an hour to get out there, then I would hang out for an hour and get my energy back up, and then ride back home. Those are my three favorite rides, and they’re nice destinations. I like the Silver Lake Farmers Market on Sunset. My wife and I like to walk over there and hang out. It’s a nice, pretty modest scene for L.A. Go there to grab your vegetables and whatnot. People sell a lot of cool things—a little vintage clothing here and there. They do an outdoor movie night—we’ve never been able to catch it because it’s only a couple nights a month, so you have to be really on top of it to catch it. But people bring their chairs out and watch a movie. I like that it’s open really late. After a really full day, my wife and I will go to a movie and then we’ll go over, grab something to eat, and hang out because it’s not shutting down at 10:00. It’s not a lot to look at on the outside, but inside it’s nice and low key with terrific food—American for the most part, and always fresh. They have this turkey burger there that is awesome. And then they do this really great salmon dish as well. I rotate between the turkey burger, the salmon, and they do a phenomenal chicken sandwich and chicken pot pie. Also, they don’t rush you. You can go there for an hour and a half or two hours and talk. Everything is organic. They usually have a great salmon. You go up there and you get to pick what you want, so you can get the kale salad, or they’ll have a number of different items. The menu is never really the same. And they always have great desserts. I’m a cookie guy, so I’ll get a great cookie. Sometimes they’ll have a chocolate chip pecan cookie, and there’s an oatmeal one, too. Basically, if they have a chocolate chip cookie, I’m good to go. It’s like a full-on Mexican fusion place. They have an amazing shrimp burrito. They do a lot of open face burritos and great tacos, so that place is, like, amazing. It’s a really humble, kind of modest spot, but it’s fantastic food. Fix in Echo Park is really terrific. It’s a really nice scene: you can sit outside, and there’s some seating indoors as well. It’s kind of tucked away. Everyone in Echo Park knows about it, so there are moments when it’s busy, but it still feels like an intimate spot. If you’re up in that area, you can go there and really hang out for a good part of the day and do some work. Plus, they’ve got great coffee. There’s an Army and Navy store that has a lot of cool stuff in Silver Lake. I’ll go there because I find that they carry stuff that’s not necessarily American specific. Like, they’ll have Swiss army pants in there. You can get a cool camo jacket. Some of the stuff is used, some of the stuff is new, but you can always find something really cool in there to mix into your wardrobe. I got these great pants in there for $15 or $20 bucks, and any time I wear them, somebody asks me about them. You can find cool stuff that is well made, and you can get it for next to nothing.