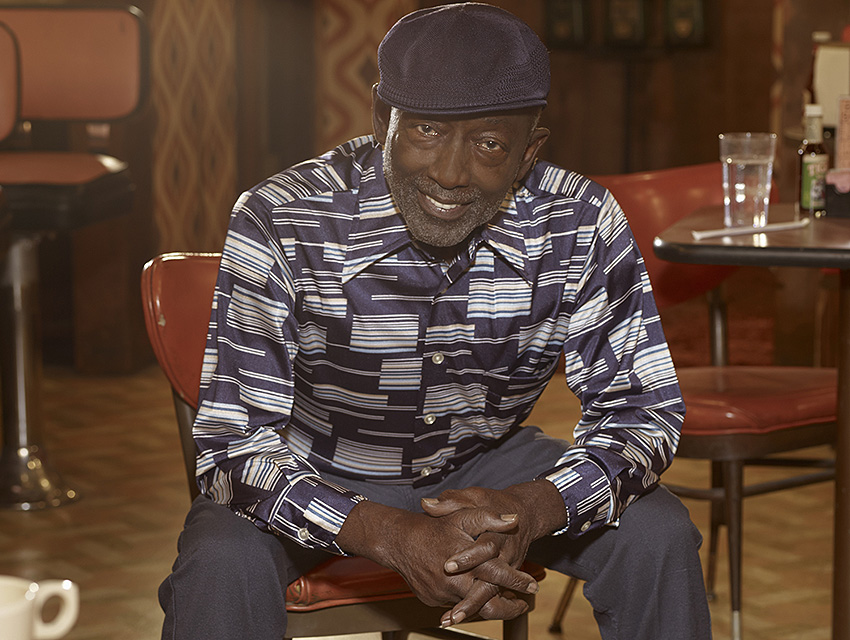 It’s largely self-promotional because that’s my club. It goes on every Saturday until 10:30 or 11 at night. Deacon Jones, a great jazz musician, plus four or five other comedians perform. It’s a lot of fun and pretty great. It’s the best jazz joint in L.A. with the best view. It’s right near Hollywood High. I’m a seafood man, but you better watch out for the mercury. I like their shrimp linguine, but they also have great New England clam chowder, filet mignon, and calamari.

Stevie’s On The Strip They have crab. They have fish. You can get catfish fried or baked. Fried catfish is what you’re supposed to get, but make sure you do not eat anything for the rest of the day. It’s a make-your-own hamburger restaurant. Girl, there are 312,120-plus hamburger combinations. I didn’t know that much existed! Maybe 20 or 30, but not 312,000! You go and sit down at the counters, you get a menu, and on the menu there are little boxes with choices of what kind of mustard, lettuce or onions you want. You do it yourself. Usually when I go, I put some onions, avocado, some beans and some Dijon mustard. By the time I get through, a 200-calorie hamburger turned into a 600-calorie one. This place has great Italian food. They have a piano player, and you can actually request songs. Oh man, you can get calamari here. It is really good. Maybe once in a while I’ll go but I have been trying to eat healthier and I usually try not to eat big meals at night. It’s a great restaurant with great food. When you buy a pasta meal, you get to take a second one home with you for free. I don’t know how they make money off of that, but it’s great. They also have good crab meat. It’s on Admiralty Way in Marina Del Rey. I usually get the shrimp. There are certain nights when comedians and jazz groups perform. They have great seafood, steak, everything! Once in a while I’ll go to Roscoe’s on Gower and Sunset. All the Roscoe’s restaurants are great, though. The owner once said, “I am going to open up a restaurant named Chicken and Waffles,” and people laughed at him. Now, it’s been open for six decades. I usually get a drumstick, waffles and an Arnold Palmer. They’ve got great Jamaican food! Especially salmon. When I’m not cooking my own salmon, I go to Coley’s. They also have great oxtails. It’s the only oxtail in L.A. that would break my fish diet. Their oxtails are out of this world.

TV at Its Finest: 2013 PaleyFest Lineup is Out!