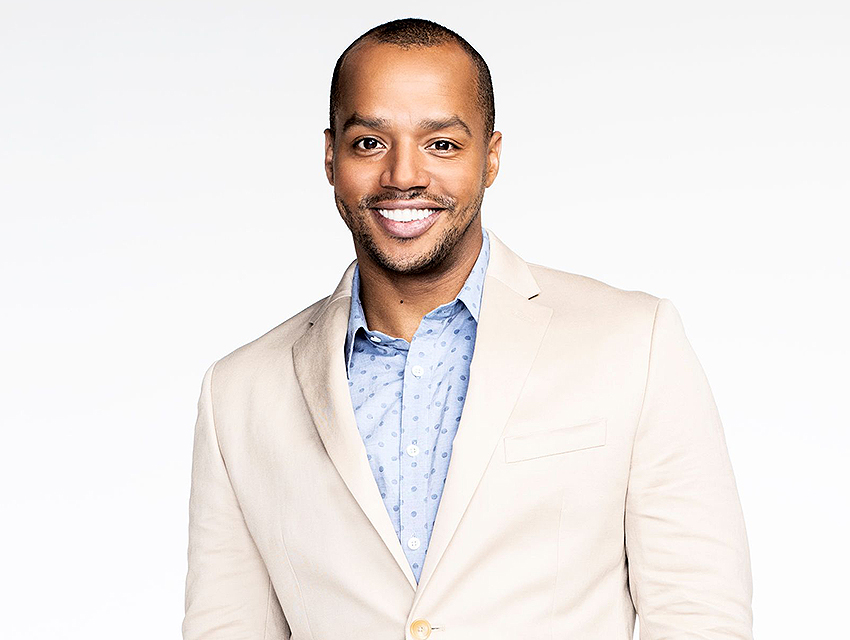 It’s where I get to relax and play golf. It’s a little bit easier than some of the other municipal golf courses. Anytime you can be out in nature and hitting a golf ball is great. My wife got me into golf. She was like, “You need some friends and you are always injured after you play basketball or football. Why don’t you pick up golf?” So I tried it. She bought me my first set of clubs and first box of balls, and I think she regrets the day she did that. Steak night is always important, and Mastro’s in Beverly Hills is where I go. I usually get the New York strip steak, and they have a butter cake which is wonderful. There’s also a great seafood platter with lobster tails, shrimp, crab legs, and oysters. If you like anything from the sea, they got it. I try to make coffee at home with the little powder packets, but it doesn’t come out as good as it does when you go to the Coffee Bean. Nowadays, if I don’t have coffee in the morning, I am a little off. Growing up you hear people say that and you think, Get out of here. How does coffee set you straight? You have to be a coffee drinker to understand. Goodness gracious. On Ventura there’s a little diner called Du-par’s. The breakfast there is off the chain! I get a full stack of pancakes, eat half of it, and take the other half home. They drown them in butter and syrup. Right now my wife is pregnant with our second child, and when she was pregnant with our first kid she ate Du-par’s oatmeal crème brulee for every meal. So I’ve spent a lot of time there. Now that we have a 14-month-old, we take him there and he loves it. One of our first outings was to Du-par’s. The Exes has been at the CBS lot for four years now. I have my own dressing room. I know all of the guards at the gate. I love that place. It’s a little paintball spot that you take the 105 to get to. When I first started playing paintball I would go to Hollywood Sports by myself and play all day. It was a release for me when I first got to L.A. It’s a great place, almost like a theme park. It hurts if you aren’t used to it, but not so much that it’s shocking. It’s more like a pinch. My buddy Seth Green owns an animation studio in Burbank, and I worked in the puppet department. He and I have known each other since my first ever time in L.A. I enjoy making little tiny movies, so when I first found out Seth was doing this, I approached him to work for his company. While I was there I built puppets for my own private studio and took lessons from people who work there. Now I can walk in anytime and hang out. How could you not love it? It’s delicious, and they are all over the place. The original glaze…that’s all you need. It’s a great place for dates. There are assigned seats, and you don’t have the long preview session. They play maybe two previews and then get right into the movies. They also tell you to shut up and turn your phone off. The last movie I saw was Fury, and before that I saw Birdman at the Cinerama Dome.

12 of the Best Stacks of Pancakes L.A. Has to Offer