A note from Maer Roshan, Editor-in-Chief:

It’s a little past 8 on a chilly March evening, and I am writing this from my office ten stories above Wilshire Boulevard, taking in the surreal scene below. Across the street the LACMA lights, usually overrun by Instagrammers and tourists, are hauntingly empty. At rush hour just a handful of cars speed by. The magazine’s staff departed a week ago, leaving me alone in a cavernous warren of offices that I share with Penelope, my blind Chihuahua. Like everyone else we are working remotely now, trying to cobble together this issue even as the TV and the internet churn out a litany of calamity, warning of massive deaths and turmoil ahead. 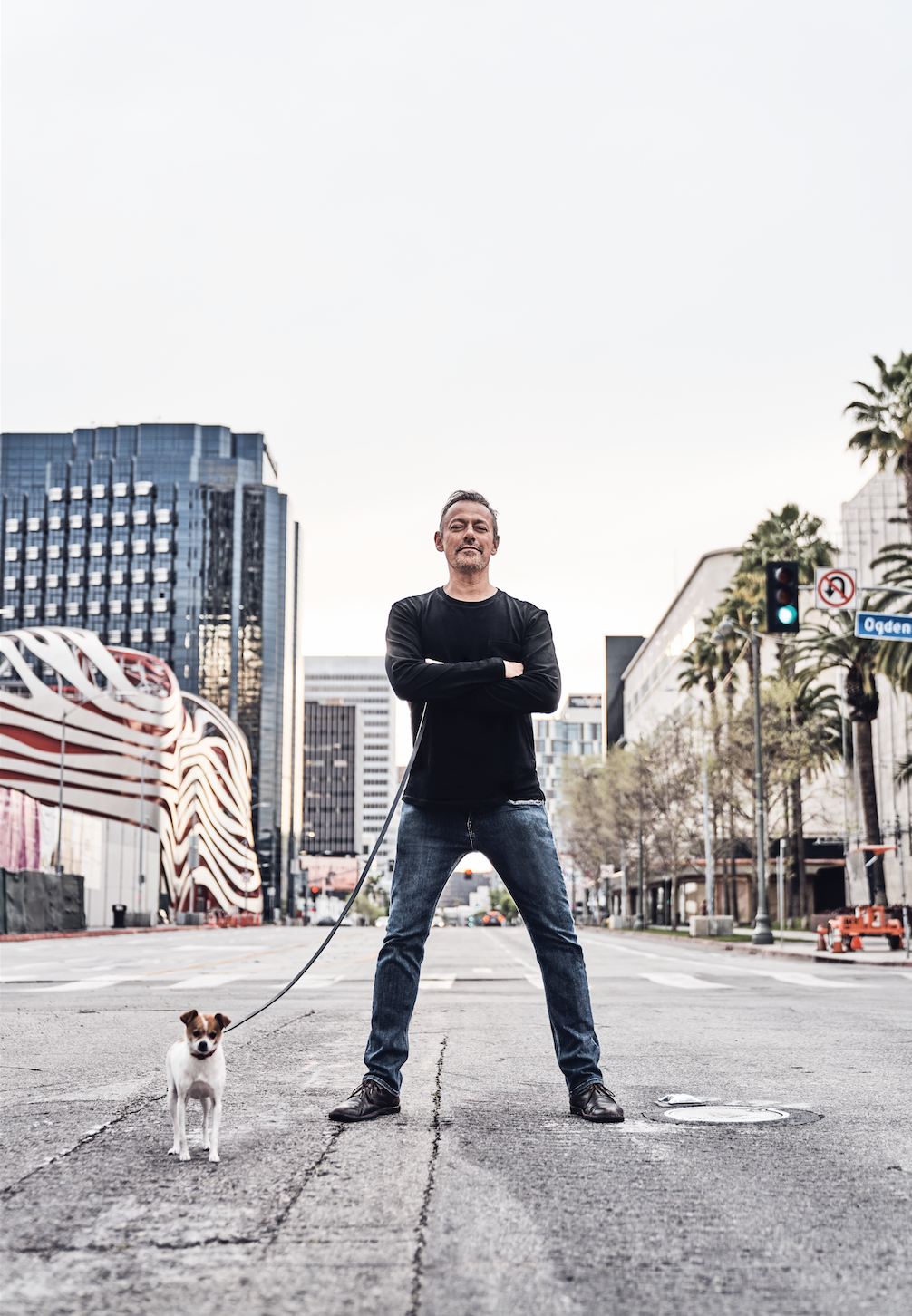 L.A. has been racked by its fair share of biblical disasters over the years—fires and floods and riots and earthquakes. But this crisis seems different: We’re held hostage by a virus that inhibits human contact at the very moment we need it the most. As always, Angelenos innovate: improvised drive-in movies, Zoom reading clubs, wine tastings via Skype. But virtual connections are a pale replacement for personal contact. At work daily collaboration has been replaced with video meetings during which someone inevitably has a TV blaring in the background and people talk over one another in nervous babble. In the parks— before they were closed—grandmothers are forced to greet their grandchildren from six feet away.

Yet as singular as this crisis is, it also feels eerily familiar. In the ’90s, as editor of a gay weekly in New York, I chronicled the early days of the AIDS crisis, when another wily virus sent a generation of frightened young men to their early graves. Later, on 9/11, as editor of another magazine, I watched the World Trade Center towers crumble on the day the publication was supposed to go to the printer. Despite anthrax threats and predictions of further mayhem, we tore up the issue and created 40 new pages in a week, grateful to have a job that made a difference in some modest way. Then, as now, work was a welcome alternative to helpless existential angst.

Producing a magazine in a constantly churning climate can be a daunting challenge, but one we have worked hard to meet. In March Los Angeles was the first monthly in the country to devote a cover to the emerging pandemic. Since then, our website (lamag.com) has relentlessly tracked breaking news and developments in real time.

As I write this, 4,566 Angelenos have tested positive for the novel coronavirus. Eighty-nine of them have died. What the world will look like a month from now is anyone’s guess. So rather than try to predict an unknowable future, we wanted to pause to reexamine the early days of the crisis, when the looming threat propelled a panicked city to action. For their cover story this month, Jason McGahan, Jon Regardie, and Merle Ginsberg interviewed more than 45 people who were on the front lines when the virus hit—from the mayor and his health commissioner to doctors and ambulance drivers and supermarket clerks. Together, and often at their personal peril, they have struggled to keep the city afloat. Their heroism is inspirational.

Elsewhere in this issue we’ve retooled our service sections, Eat, Shop, and Play, to focus on food, entertainment, and other essentials that you can access from your couch. Also a portfolio of dazzling Instagram photos reminds us of the L.A. that awaits us when this is over—electric, creative, alive. By the time you read this, the prognosis for our future will hopefully be less uncertain. But in any case, you can count on us to keep reporting the best information about this crisis, its impact on the city, and the people who make Los Angeles the best city in the world. Thank you for relying on us during this challenging time. It is an honor we don’t take for granted.

Access the May 2020 digital edition of Los Angeles magazine