Home Music The Roller Rink That Incubated L.A. Hip-Hop Is Back—But Not the Same 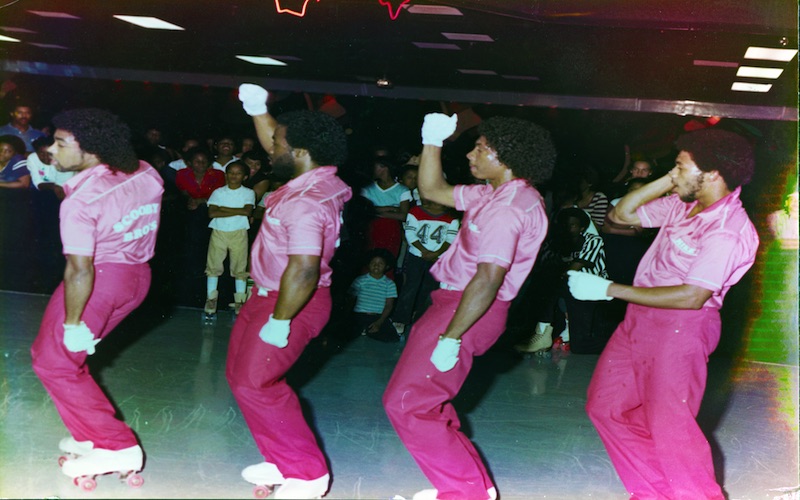 When World On Wheels opened in 1981, the energy in the roller rink was electric. It was Halloween, and the rails were draped with onlookers as the Scooby Brothers, a popular skate-dance group, showed off one of their signature synchronized routines. “I’m talking about the crowd was just crazy,” says Scooby Brother Horace Butler, who was 24 at the time. An incubator for the city’s fledgling hip-hop scene, the rink hosted broadcasts from KDAY and earned a shout-out from Snoop Dogg on his nostalgic track “The Way Life Used to Be.” It was also a safe harbor for many South L.A. kids during a violent time. And then in 2013, World on Wheels did what so many other rinks had already done: It closed.

So the elation was understandable when L.A. rapper Nipsey Hussle and club promoter Tommy Karas reopened the rink this past July. Longtime regulars like the Scoobys were excited about taking another roll around the “Wheel House” on their classic quad skates. But a lot has changed since the rink’s heyday, and that has left a bittersweet divide between World on Wheels veterans and newcomers.

The venue’s powder blue skate floor is now shiny hardwood, and the colorful shapes that once adorned the walls were phased out for modish dark blue. There are VIP areas, and the kind of heightened security you might expect at one of Karas’s mega-clubs in Las Vegas, Miami, New York, and Chicago. Beyoncé, Jay-Z, and Brandy are among the celebrities who’ve made tracks to the rink, which sits in a vast parking lot at the juncture of San Vicente and Venice. Along with the upgrades have come price hikes, with weekend admission fees of up to $20. “It’s just a skating rink, pal,” says Butler. “Yeah, [there] are some people with a whole lot of money, but they just people, too, so don’t make us pay out the butt because they got it.”

“It feels more like a club—that’s all I’ve got to say,” says Michael Brown, another Scooby Brother. When he arrives for the Oldies But Goodies night one Thursday, security asks him to remove his baseball cap and spit out his gum before walking through a metal detector. “That’s some new shit,” Brown says, shaking his head.

A man who made a name for himself doing synchronized sets with his three partners—think Temptations-style moves but on wheels—Butler, now 60, is not impressed with the skating style on display either. “The older crowd got this move, you know, this groovy kind of smooth-y skate thing,” he says. “The newer kids is doing a lot of sliding and slipping, and they got these little bitty tiny wheels… They just going like eight different ways on the skate floor.” The term he uses for them: “radicals.”

But none of this has kept the Scoobys from showing up when DJ Clyde spins the classics. Before they can even put wheels to wood on this particular Thursday, they’re greeted by a barrage of warm hellos from the people they’ve been rolling with for more than three decades. And if a few radicals show up, it’s not the end of the world. “It’s good to have to have a new audience every time,” Brown says later. “It gives you some extra energy.”