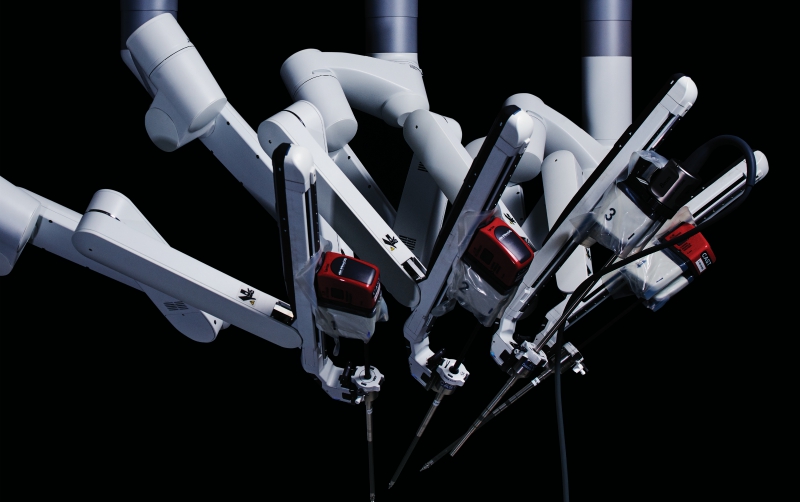 With its four  mechanical arms, the da Vinci surgical system looks like something you’d see in a sci-fi movie—or maybe a Tesla plant—but since the FDA approved its use in 2000, the robotic device has become a fixture in operating rooms around the world. Physicians like the da Vinci for its precision and for its ability to work with smaller instruments, making surgery less invasive than traditional methods. More precision and less cutting also mean faster recovery times and less post-op pain.

That’s assuming the doctors using robotic devices are adequately trained. In 2014 the nonprofit ECRI Institute listed the lack of such training on robotic systems as being among the nation’s top ten health-technology hazards. And a 2016 study by researchers at the University of Illinois, MIT, and Chicago’s Rush University Medical Center attributed 144 deaths and thousands of injuries to robotic surgery between the years 2000 and 2013. While technological glitches were part of the problem, the report’s authors also noted the need for better training among surgeons. Complicating matters is that training procedures vary from hospital to hospital, and levels of expertise with the equipment can vary just as much.

So in 2016 USC’s Center for Robotic Simulation and Education launched a program that requires medical residents to complete a standardized robotic surgery curriculum. “Before, every resident was coming out with a different experience, based on their interest or their relationship with the surgeon,” says Caitlin Houghton, an assistant professor of clinical surgery at USC’s Keck School of Medicine. “Now that we have enough of us doing robotic surgery consistently, we can get them all trained in the same way.”

The one-to-two-year curriculum combines traditional lab exercises, like suturing sponges,with augmented-reality training in which animated tools on a monitor are superimposed on footage of actual surgical procedures (in the past, robotic training software sought to hone basic tool-handling skills with poorly animated ring-toss or peg-moving exercises). And to see how that training is being applied, researchers are experimenting with “black boxes,” like the ones in airplane cockpits, that track the robots. For instance, when Andrew J. Hung, the robotic center’s founding director reviewed black-box data from 100 prostate procedures he noted significant differences between the movements of novice and experienced doctors. He can envision the information being applied to the future use of artificial intelligence or to help spot malpractice. “The current gold standard for determining whether a surgeon’s doing something well is asking, ‘How many cases have you done?’” says Hung. “They could tell you 100 cases, but if they killed 100 patients, you would never know.”

Another unknown: Whether $2 million da Vinci machines are actually more effective than non-robotic laparoscopic surgery, which is also minimally invasive and often thousands of dollars cheaper. But with more than a dozen robotic surgical devices already on the market and more on the way, having better-trained humans at the controls can only be a good thing.