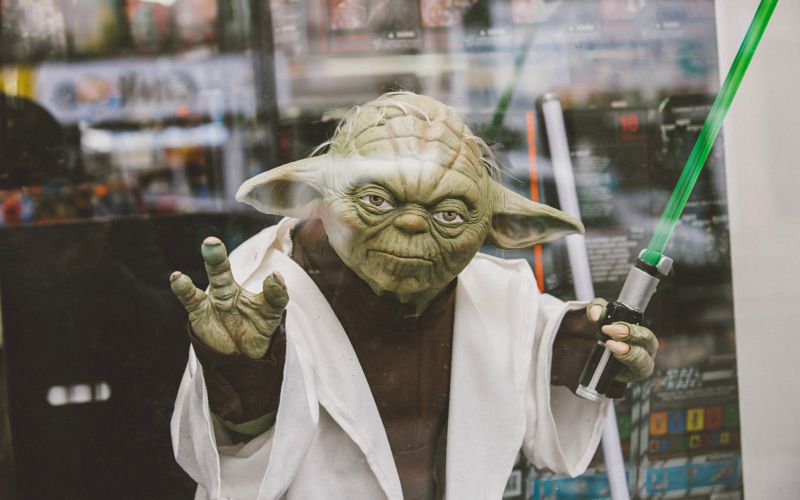 This article is part of our Insider’s Guide to Disneyland, from the November 2017 issue of the magazine.

It’s no secret that the 2019 opening of Star Wars: Galaxy’s Edge is perhaps the most anticipated expansion in Disney history. But until Disneyland’s Comic-Con-like D23 convention, little was known about it. Galaxy’s Edge (don’t call it Star Wars Land) is supposed to represent a remote outpost never seen in any Star Wars film. Yet between its Tatooine and Naboo-inspired architecture and towering Endor-flavored flora, it’ll feel familiar. At 14 acres, Galaxy’s Edge will be even bigger than Fantasyland, but whereas Fantasyland holds 13 attractions, this new land will have just two massive ones (Star Tours will remain in Tomorrowland); as with Universal’s Wizarding World of Harry Potter, much of the acreage is being devoted to creating an immersive atmosphere.

In the First Order Battle attraction, eight-passenger fleet transport vehicles will “fly” inside a Star Destroyer as it comes under attack by the Resistance. The action will whip you through the giant ship’s interior, though exactly how remains to be seen.

The same can be said for the Millennium Falcon ride. What is known: Groups of six will pilot Han Solo’s fabled ship on a customized secret mission, shoot blasters, and jump to light speed. Scores will be tallied, earning riders “galactic credits”—or a spot on the bounty hunter’s most-wanted list. Elsewhere you’ll encounter a cantina serving blue milk and space tunes, shops hawking intergalactic swag, and, naturally, Star Wars characters, from A-listers like Chewbacca and BB-8 to Storm Troopers and droids.

Under construction north of Frontierland, Galaxy’s Edge takes up the former home of Big Thunder Ranch, some backstage workshops, and the uninhabited top third of Tom Sawyer Island. The Disneyland Railroad and Rivers of America have been rerouted to make room, too. (They reopened in July.) There’ll be three themed entrances to the new land, and since Galaxy’s Edge abuts the long-neglected Mickey’s Toontown, there’s space to expand.

If all that sounds far, far away, later this year you can enjoy Star Wars: Secrets of the Empire, a virtual reality experience in Downtown Disney that will likely mix full-size set pieces with vibrations, mist, and wind.

RELATED: There Is a Star Wars Virtual Reality Experience in L.A. Where You Can Literally Fight Stormtroopers with a Lightsaber