Home Business Some of L.A.’s Most Beloved Institutions Are Threatened with Extinction 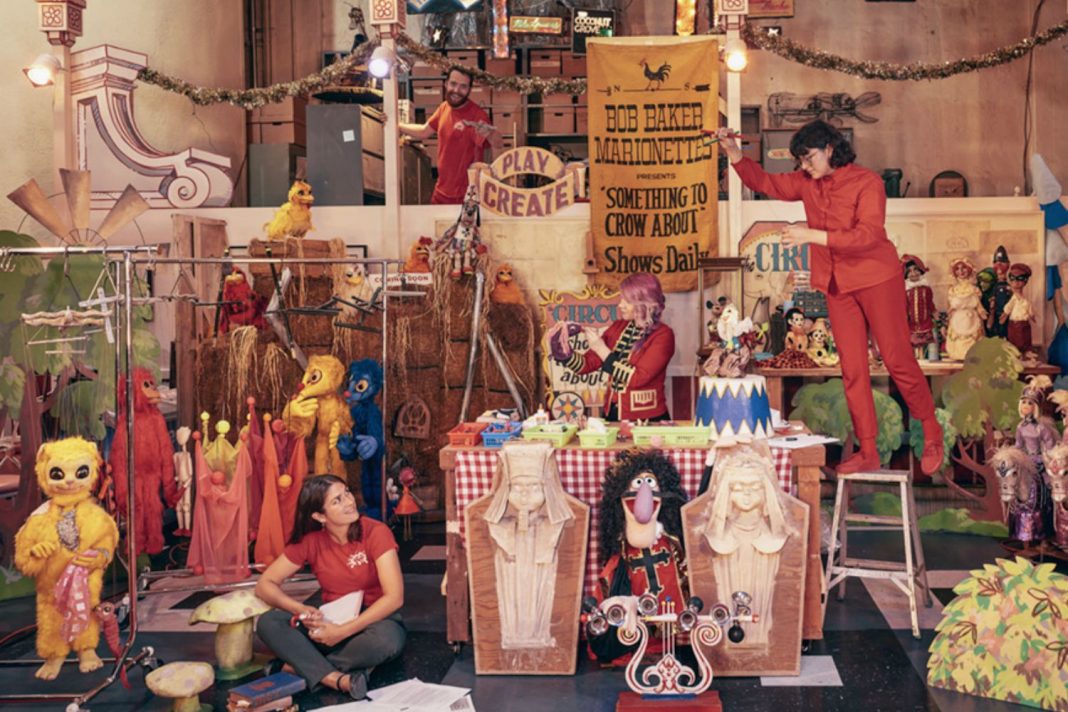 We’re the oldest marionette theater in the country. It started as a hub for Bob Baker’s film and TV projects, and then the live theater took over. Kids love it when the puppets come sit in their laps. The curtain opens and they’re swept away to a farm or a circus. It’s magical. Bob was a man driven by stardust and rainbows. He passed away in a quagmire of debt, and nobody wanted to touch it. I started as a 20-year-old intern and was naive enough not to be scared. We’d transitioned to a nonprofit—we have donors, a grant from the Jim Henson Company—and things were in the black. In March, we had to pivot to digital birthdays and film production. We have lighting and grips, and can make costumes and sets with high production values. This place transcends generations.

We were on the verge of becoming the next Cirque du Soleil, but with child prodigies. We had shows scheduled all over the world, and now we can’t perform anywhere. We started in 2000 as the first kids’ circus school in California. We have skateboard kids, contortionists, and a foot-archery army. Now we have to reinvent ourselves. We’re offering drive-by entertainment with circus wagons for graduations and birthday parties. The only birthday party we’d ever done was a private show when the Dalai Lama turned 80. We’re looking for someone like a dance school to move in and share the space; otherwise there’s a very high chance I’ll lose the studio. But I refuse to give up. I will never give up.

I was at Sunset Strip Tattoo for 29 years. In the ’80s, it was pretty rockin‘—people were making money and partying. I tattooed all the Mötley Crüe guys and even went on tour with them. Back in ’85 we had the HIV epidemic, and we took it pretty seriously. That was a little bump, but I’ve never seen anything like this. Having to be closed for three or four months and still having to pay rent is unbearable. We’re all self-employed, so we don’t get unemployment; and most of us in this business don’t get loans very easily. Financially, this has been fucked. If I can find some artists to fill the chairs, I’m gonna survive.

When I was a kid my family loved eating out. Our favorites were Tiny Naylor’s, Clifton’s, and Du-Par’s on Wilshire. People come in and tell me their great grandmother used to work here or that their grandfather always ordered the lemon meringue pie and now that’s their tradition. I started as a manager here in 2006 and always treated the place like it was mine. I never imagined being the owner—it just happened out of the blue, overnight, in 2018.

We had to close our Pasadena location due to the pandemic. We had 98 employees and one day the total sales were $4.95, so I had to let everyone go. I never want to say the Farmers Market is in danger, and even if it was, I have to be positive. The coffee shop will survive if you nurture it and keep the legend going.

An old guy in the neighborhood was shining shoes, and I joined him when I was 14, in 1968. I finished high school and worked as an offset printer. Then an epidemic came through Watts called crack cocaine. I lost my kids and I lost my house. My sister got me into rehab, and after a year and two months I went to school to be a home health aide. I also went back to work shining shoes and bought the business in 1991.

I’m a master at what I do. I’m a Ph.D. I can tell you everything a shoe needs. It might need dye, it might need stripping. I’ll replace your heels if they’re wearing out. I make enough to take care of my daily needs and save a few bucks for something special. When corona hit, I had to stay home, and that was stressful. I’m kinda tired now. One day it looks like the business might be coming back, and the next day, nothing.

My neighbor called me and said, “If you open, we’ll open.” They look to me because I’m a bigger store, and if I open, the whole block will reopen. We’re going to come back soon. We are 70 years here in Hollywood. Three generations of customers come in together, and they give me energy. It’s not like Costco, where you buy it and go home. This store has a history. We feed all the TV shows and movies: Ellen DeGeneres, Jimmy Kimmel, even the Johnny Carson show used to buy wigs and props here. One of our employees put up the GoFundMe. I said, “Leave it. Maybe one of them will donate $100,000.” Sometimes they do that. We put it up just in case. I was hoping. I love Hollywood.

I feel like we’re in this amazing amusement park, and it’s all shut down. We have a huge permanent art collection of several thousand artists, we do a yearly art fair, and we have an artist-in-residence program. Because of restrictions, we can’t have our volunteers here cataloging material. We can’t provide tours because people live here, and we’re trying to protect their health.

We’re used to having to tighten our cinches, but we’re going to have to start laying people off and reducing our programming and go down to a more spartan level.

Music clubs were the first ones to close and the last ones to reopen. Do we want to go back to this, or become something different and hopefully survive? We’re trying to reinvent ourselves as a restaurant, so we’re not doing live music anymore. My dad started here with a German restaurant in 1968. Later it was a discotheque, and then a Top 40 club. There was a big gay population here, so he tried some gay nights, but it didn’t work. When we were Spaceland, we had some amazing acts come through. I remember the Foo Fighters, Silversun Pickups, and Lady Gaga, who was out of control. It was a big success. I’ve been in the live-music business for 25 years, but I’ve hired a chef and we’re trying to figure out where we’re going next. At this point, we’re winging it.

My dad was a barber in the Navy and showed me how to cut hair when I was a kid in the ’40s. Me and my five brothers worked our way through college cutting hair. I came out here for the entertainment field. I’ve done several commercials as a barber. Back in the Depression, barbershops, liquor stores, and funeral homes stayed open. As a barber, you can always work, but I had to shut down. I live next door to the mayor of Pasadena. I saw him out in the yard, and he said, “I’m sorry I had to shut you down.” Some barbers went underground, but there’s no way I’m cutting at home. My daughter set up a GoFundMe, and the church has kept me eating. The barbershop is called “the Black man’s country club,” and I don’t think I’ll retire. When customers look in the mirror and smile, that’s music to a barber’s ears.

When I put out the cry for help, my Turner Classic Movies family were the first ones to rally around me. They come out here for the film festival. That’s the Super Bowl for me, emotionally as well as financially. When people think of this store, they have good childhood memories of movies. That’s one connection we all have. One woman bought books for her little six-year-old who’s really into Laurel and Hardy, and they came back a year later to buy more. Quentin Tarantino told me he started shopping here when he was 15. Renny Harlin said he used to buy books on how to direct from our mail-order catalog when he lived in Finland. For some people it’s scholarly; others just like the posters. Bookstores and record shops make people happy. They lead to great discoveries in your life, and that’s something worth fighting for.

Spotlights of local institutions figuring out how to withstand the pandemic will be a recurring feature on Lamag.com.