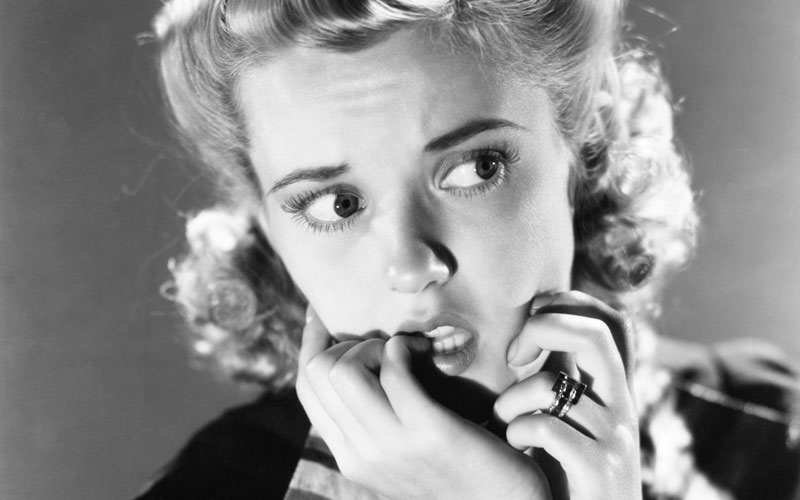 I was leaning down to pick up my toddler when I saw a blur of movement in our backyard yucca palm—the unmistakable scurrying of a wild animal fleeing discovery. What I glimpsed was about the size of a squirrel but darker, sleeker, and without the furry tail. “A bird,” I lied to my daughter as the critter disappeared deep into the fronds. Being a bit of a hippie type, I’d already dismissed the bug man and made peace with the spiders, silverfish, and centipedes that populate our Silver Lake home. But now I had to admit: I wasn’t sure I was ready for rats.

Of course no one is ready for rats. But we should be. According to the Los Angeles County Department of Public Health, “commensal rat populations vary and are broadly distributed throughout Los Angeles County,” which I believe translates in the vernacular to “rats are everywhere.”

There are two kinds in Los Angeles: the Norway rat (brown, a burrower) and the roof rat (black, smaller). Norway rats prefer the coastal regions of the Westside as well as downtown (they are drawn to sewers). Roof rats are inland creatures (Pasadena is popular). And no neighborhood—not even upscale ones such as Beverly Hills, Santa Monica, Pacific Palisades, and Malibu—is immune.

“Rats are animals of opportunity,” says Louis Rico, owner of the American Rat Control company in Culver City. “The more lush your garden is, the more food there is for rats.” Was he saying that the presence of rats on my property, instead of inspiring shame, should serve as proud testament to my green thumb? Or was this more complicated and existential than that? As in, all creatures, great and small, share our city whether we like it or not?

It’s not news that human abundance lures animals from their native habitats into ours. As development constricts their feeding opportunities, they must cast a wider net for sustenance. And inadvertently we provide it. Our fallen fruit, overflowing garbage cans, unattended pet food, and well-meaning compost piles create a buffet too tempting for critters to resist. “If you live in a highly biodiverse area, which all of Los Angeles is, you are going to have animals on your property,” says Gerry Hans, president of Friends of Griffith Park, a nonprofit group that keeps a close eye on the way the tame and the wild interact around here.

But must we be Zen about smelly, sharp-toothed varmints generally associated with ship decks and New York walk-ups? While the reputation of rodents for transmitting bubonic plague is overstated (10 to 15 cases of the Black Death are reported annually in the United States), the county Department of Public Health tracks many rodent-borne diseases, including murine typhus, hantaviruses, and arenaviruses. Health concerns aside, rats also pose a significant risk to property—an estimated 8 to 20 percent of house fires are caused by their gnawing on wires. Given that a pair of rats can produce 2,000 offspring in a single year, a sighting of a lone rat during the day (the animal is nocturnal) can be the sign of a full-on infestation.

This is the specter that led me to investigate solutions. Prone to DIY, I considered purchasing rat traps and poison. But I soon learned that rodenticides create their own set of problems. The California Department of Fish and Wildlife estimates that hundreds—even thousands—of other wild creatures and domesticated pets are being killed or injured by rodenticides. Here in L.A., National Park Service researchers have discovered a direct link between rodenticides and the deaths of protected wildlife in and around the Santa Monica Mountains—including two mountain lions, 12 coyotes, and more than 70 bobcats. It’s unknown how many raptors and hawks are involved, but since rodents often serve as dinner, they certainly have been affected. The problem is pervasive; the U.S. Department of Fish and Wildlife says that 70 to 80 percent of all wild animals in California have been poisoned.

The rodenticide issue is serious. “We are becoming more and more aware of what it’s doing to the entire ecosystem, not just one species,” says Hans. And paradoxically, because rodenticides kill animals that would normally feed on rats, they “circle back and allow the rodent problem to be even worse,” he says. The effect is not limited to animals: The EPA estimates that nationwide, 10,000 children a year are accidentally poisoned from rodenticides.

California has led the nation in passing legislation to reduce rodenticide use. In 2014, the state banned the direct-to-consumer sale of second-generation anticoagulants, which are also referred to as single-feed bait because they kill rats after one tainted meal. Hans points out, however, that these banned substances, which cause internal bleeding, can still be purchased online from out-of-state vendors. First-generation anticoagulants, known as multifeed bait, have a shorter half-life and are less toxic, though they continue to pose a threat to wildlife because they can remain in animal tissue for up to three weeks. The impaired rodent, alive but disoriented from the poison, is easy prey.

“We only use the single feed in a very controlled environment—say, a warehouse downtown where no other animal can access it,” says Rico. “Most of the time when you find dead animals that have been poisoned in the wild, it’s a homeowner who has used rodenticide, not a pest control specialist.”

Whoever is at fault, the ramifications were never clearer than in March 2014, when a stationary camera positioned in Griffith Park captured an image of P-22—the mountain lion that has become a local icon—looking ill and near death. Park rangers, who were able to locate P-22 and administer a life-saving treatment, found high levels of first-generation anticoagulant rodenticide in his blood. Hans says it’s just a matter of time before P-22 is poisoned again: “Basically it’s Russian roulette with what he eats. We all hope he just sticks to deer.” (Because they are herbivores, deer are one of the few remaining animals in the park unaffected by rodenticides.) All of this made me think that there must be an alternative to poison.

Newly fascinated by rat removal, I ride along with one of American Rat Control’s lead inspectors, Eric Merlos, whose manner—equal parts authoritative and empathetic—is exactly what you hope for when you find rodents partying in your pantry. Merlos began his career as an exterminator almost a decade ago, at 19, when he decided to seek a career with longevity. (He knew there would always be a demand.) Sure, he’s seen some scary hoarder homes infested by rodents and bugs, but more often the calls he receives take him to quotidian dwellings, where determined rodents have sneaked in through roof junctions and wall cracks. Happily living beneath appliances or in basements, crawl spaces, or walls, Merlos tells me, these uninvited guests feast on pet kibble or whatever is available and leave behind a trail of urine and feces so that their friends can find them.

Seeing the city through Merlos’s eyes is distressing. As we drive around, Merlos spots ideal rodent habitats everywhere: the bus stop, the grocery store parking lot, the flowering median beside an on-ramp. At one site I pick an avocado off the ground that’s been gnawed on by tiny teeth. It looks similar to ones I’ve seen in my yard that I’d always assumed had been sampled by some sweet squirrel. “A rat,” Merlos corrects me.

By happenstance the home we inspect belongs to Martha Groves, the journalist who broke the story on P-22’s poisoning in the Los Angeles Times. With her well-kept Spanish-style home and drought-tolerant yard, she is proof positive that rats can happen to anyone—there’s a colony living in her attic that she can hear at night. “The little bastards,” she says under her breath as Merlos walks us around the exterior of the house, highlighting various rodent entry points. One is an attic vent above a beautiful bougainvillea. Merlos singles out the telltale grease marks that signal a “rat freeway.” The problem is easy to fix: Seal the house and trap the rodents stuck inside. Groves, well versed in the dangers of rodenticides, demands that the exterminator use snap or electronic traps.

At our next stop, a bakery, the stakes of a rat infestation are higher—the public expects cleanliness. And yet, Merlos tells me, these types of businesses are rat nirvana; they produce lots of edible trash and frequently leave their doors open. The bakery’s infestation is all exterior—rats are knocking over garbage cans outside. Merlos quickly identifies their hideout, a narrow space between a cinder-block wall and an adjacent building. With a steady source of food nearby (the garbage bins are stored here), this protected space is perfect for a nest. That the bins are shut tight is no deterrent—rats can smell what’s inside and band together to open the bin (or, if that fails, chew through the plastic). Merlos explains that rodents are creatures of habit. By now they’ve become familiar with the bakery’s routine, including what time the bread is thrown into the bins. “Rodents know our homes and our schedules better than we do,” he says.

Because there’s no way to reach this particular rat’s nest, Merlos advises using bait stations, black metal boxes that house a less potent, first-generation rodenticide. Back in the truck, Merlos offers an even simpler solution: “What they really need to do here is just make less bread.”

It’s obvious that the key to removing rodents is to eliminate the habitat that attracts them. Doing away with free snacks is the first step to coexisting with urban wildlife. In a way, that’s what I’ve been trying to do since my rat sighting: put my rats on a diet.

First I went after the ivy that covered our front yard (rats were not the only unsavory things it concealed; there were plenty of condom wrappers and broken bottles, too). Next I removed all the rotting fruit from the apple and orange trees in back. The arrival of two near-feral cats next door, I think, has helped to further deter rodent activity (though the cats could encourage a larger predator problem if the local coyotes catch wind of them).

Both Rico and Merlos have warned me that, if permitted to thrive, the rats in my yard will eventually find their way into my house. The reason, while mortifying, is fascinating sociologically: As a rat colony grows, it turns out, weaker members are sent packing and need someplace safer to go. In other words, to survive, the least fit may try to take up residence in my crawl spaces.

Thanks to my newfound pest control buddies, I’m one step ahead of the vermin. I’ve fortified the house as if it’s under siege: sealing up holes, replacing wire mesh on vents, and installing flaps at the bottom of the doors so there’s no room to slip through (a rat can squeeze through a space the size of a quarter). Still, we live our lives. I haven’t broken my habit of leaving the back door wide open to accommodate the flow of fresh air and children. Yes, I know it’s an invitation for wildlife to enter. But the possibility of an unwelcome visitor is a risk I’m willing to take. It’s the price we pay for living in a place where the bucolic and the urban meet. You could say that about the entire city,
really.