Home L.A. Home The McMansionization of Los Angeles Is Dulling the Beauty of Its Neighborhoods 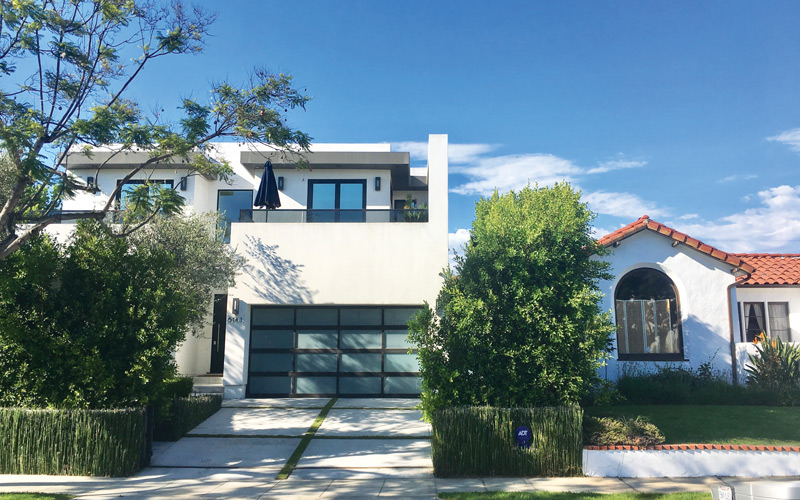 I live in Cheviot Hills, that patch of real estate between Century City and the 10, the one bisected by meandering Motor Avenue. Developed in the 1920s for middle-class families, Cheviot Hills was named after a range that lies between England and Scotland, and much of the original architecture reflected a British Isles sensibility: quaint “witch house” cottages and stiff-upper-lipped Tudors with the odd French mansard or hacienda-style house mixed in. Architectural diversity was part of its charm.

Today, though, the originals are falling like so many houses huffed and puffed upon by developers and flippers, replaced by McMansions that overwhelm their lots—and the homes beside them. McMansionization isn’t new, but it has become newly hot along with the booming real estate market. Nor is it unique to Cheviot Hills. It’s happening in Beverly Grove and Sherman Oaks and Mar Vista and beyond. In March the City of Los Angeles enacted rules to toughen up the anti-McMansion ordinance established in  2008. Now a new home can’t take up more than 45 percent of the lot (before it could take up 50 percent). Still, disproportionately sized homes continue to pop up all over the place.

I get it: A house just ain’t a smart home without 5BR/5+BA, chef’s kitchen, screening room, steam bath, and three-car garage, but a sense of scale never hurt anyone. Speculators may want to play it safe with a proven design, even if it makes no sense in the neighborhoods that it’s dominating. But would it kill them to employ three or—gasp!—four different designs rather than making them all neo-Cape Cod? Could there be a variation on the [select one] white [ ] or gray [ ] siding with [select one] red [ ] or black [ ] front door?

Call me a crotchety, antidevelopment NIMBY. None of that’s true (except for maybe the crotchety part), but I believe that a neighborhood is more than the sum of its stylistically formulaic, maximized square footage. And if you newbies insist on being that way, then go on—off my sensibly scaled lawn! Stay on that side of your six-inch strip of synthetic turf and breathe deeply of your vast, electrostatically scrubbed interior air. You’ll come around eventually.