Home Architecture Ever Notice These 6 L.A. Buildings That Look Like What They Were? 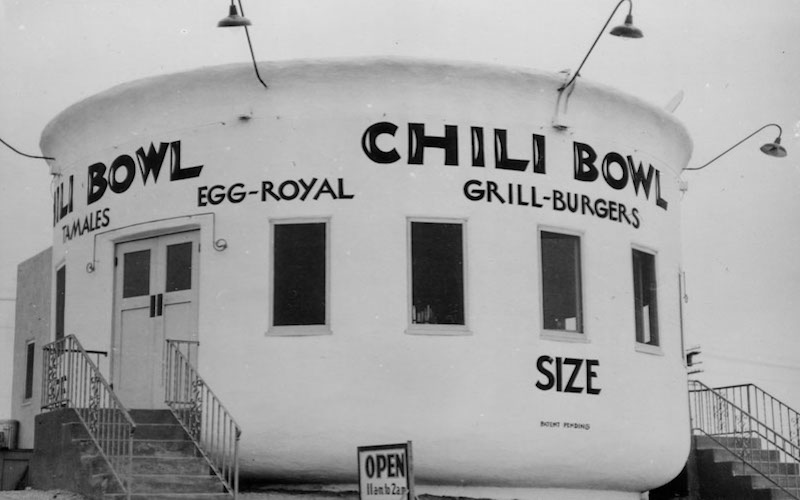 Programmatic architecture—buildings that looked like what they sold—flourished here from the 1920s to the 1950s. Some eye-catching examples still survive.

A big-budget restoration in 2015 rejuvenated this long-dormant beer barrel. The plank floors are made from the original weathered siding. Another programmatic structure, the Bulldog Cafe, sits on the back patio. 4824 Vineland Ave., North Hollywood

The original Tail o’ the Pup is locked inside the Valley Relics museum in Chatsworth, but the griddle is still hot at this modified giant hot dog. 1720 Lincoln Blvd., Venice

While Randy’s Donuts in Inglewood is famous for its rooftop, it’s actually one of five remaining from the Big Donut Drive-In chain. 10003 S. Normandie Ave., Westmont

Arthur Whizin built 18 oversize chili bowls in the 1930s and ’40s. One is a nightclub, and another sells used cars. This outpost sold ribs before becoming a sushi stop. 12244 W. Pico Blvd., Sawtelle

The Brown Derby was perhaps the most famous restaurant from the golden age of Hollywood. What’s left sits atop a mini-mall and is being remodeled into a Koreatown lounge. 3377 Wilshire Blvd., Koreatown

The pinched ends and bulbous center of this 89-year-old stucco tamale are just as striking as any of the hairstyles created inside. 6421 Whittier Blvd., East Los Angeles

RELATED: What’s the Story with That Building on Lincoln Kinda Maybe Shaped Like a Hot Dog?