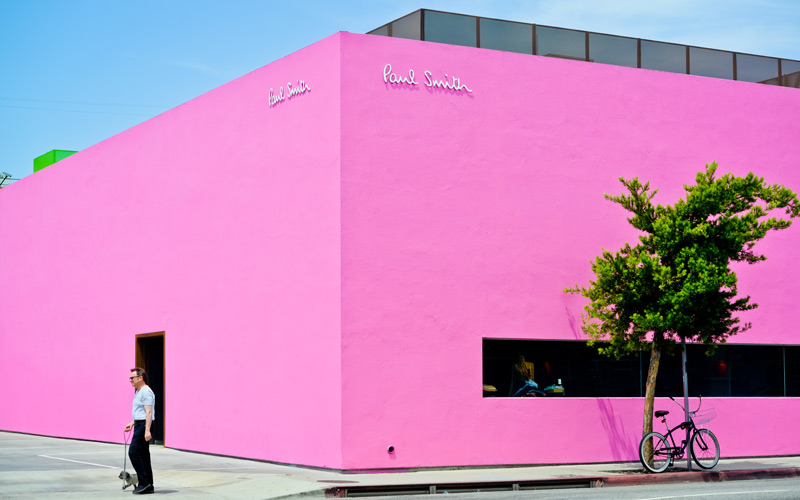 A century or so before rebels in mohawks were roaming the shopping district along Melrose Avenue, the area was a vast open space blanketed with citrus groves—an idyllic setting for city folks to cruise the dirt path via horse and buggy in the 19th century.

Paved in 1909, the street was named after a Massachusetts town by a nostalgic ranch owner. After Paralta Studio set up shop a couple of blocks east of Vine Street in 1914, more studios followed, begetting production companies and restaurants. By 1926, Paramount settled on the Paralta site. But the studio commissaries were no match for Nickodell, which was nicknamed “Stage 35” by the movie talent who frequented it.

Stretching six miles between Lucile Avenue in Silver Lake and Santa Monica Boulevard in West Hollywood, the avenue has long been prized for its more westerly assets: Decorator’s Row , the original Fred Segal (launched in 1965), and the slew of boutiques, edgy and otherwise, that crowd the sidewalks.

My LA to Z: Alyson Stoner