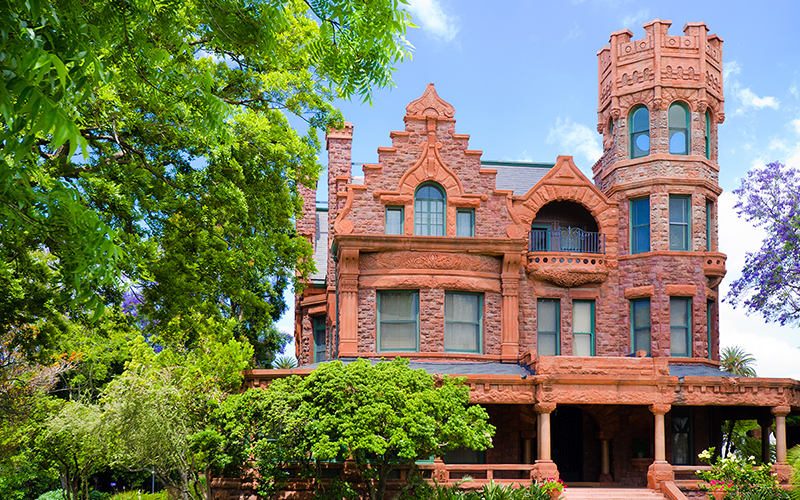 To truly know the city, you have to walk it. That’s the inspiration behind the Great Los Angeles Walk. Held the Saturday before Thanksgiving, the 11-year-old daylong saunter takes 300-plus Angelenos along different routes from downtown to the Pacific. “There’s so much—down to artwork, murals, people—you never notice when you’re driving,” says founder Michael Schneider, who’s also the executive editor of IndieWire and runs the blog Franklin Avenue.

Here are three of his favorite snippets from past walks.

“Follow Wilshire west of downtown through MacArthur Park, stopping for pastrami at Langer’s, then seeing the Park Plaza Hotel (which has been renamed the MacArthur), the site of the Ambassador Hotel, Saint Basil’s Catholic Church, Wilshire Colonnade, the Wiltern, all the way to the former Bullocks Wilshire. Once upon a time that was the suburbs.”

“Start west of downtown at around 1500 West Pico and go to 3000 Pico. That’s the epicenter of Central American food—El Parian for the birria tacos Jonathan Gold made famous, Nicaraguan restaurants, Cuban at El Colmao, Oaxacan food. One second you’re in the Byzantine-Latino Quarter; the next you’re in the old Greek section. Saint Sophia is one of L.A.’s most beautiful cathedrals. You’ve got the old homes of Alvarado Terrace, and there’s Powers Place, the city’s shortest street.”

“Get a map. Start at the Shrine Auditorium and walk down Adams but not in a straight line. Check out Saint Vincent de Paul church. Go through Mount Saint Mary University’s campus to see the Doheny Mansion, through Saint James Park, then detour around Hoover to see the beautiful historic homes. If you make it to Arlington, the Six Feet Under home is there.”

8 Holly Jolly Things to Do the Weekend Before Christmas, 12/18

The Lake at MacArthur Park Has No Remorse